Byton may be a young electric car company, but it is working to launch two models of electric cars that will be ready for self-driving technology in the not-so-distant future.

Carsten Breitfeld and Daniel Kirchert cofounded the company in 2016, and this week they gave an update on their plans at CES 2019, the big tech trade show in Las Vegas. Their cars — the K-Byte model and the M-Byte model — will feature artificial intelligence and machine learning when they arrive. The less-expensive M-Byte will begin production in 2019, while the K-Byte sedan will come in 2021, and a third model will arrive in 2023, the founders said.

The company unveiled its M-Byte prototype a year ago at CES 2018 and is now targeting its first electric vehicle for $45,000, without self-driving car technology. But the car will be upgradeable to level 3 autonomous driving — where the car does most of the driving — in the future, the company said. 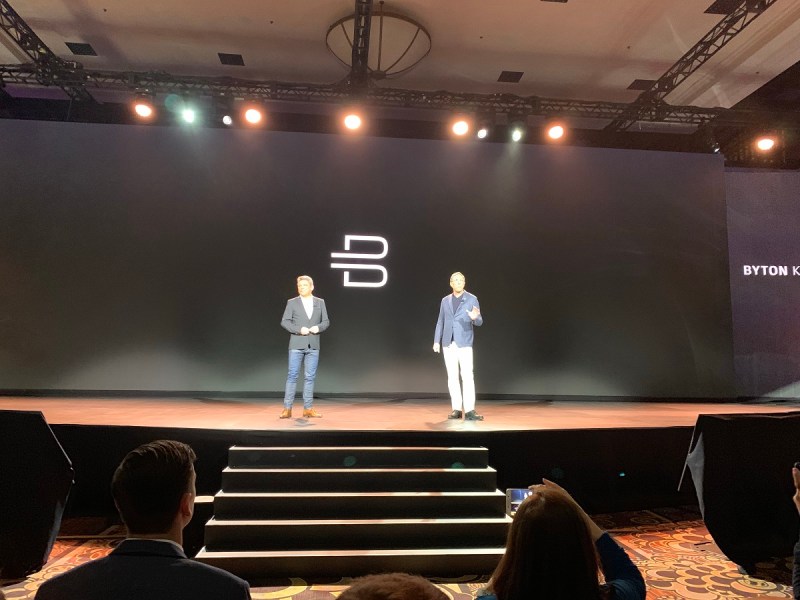 “To achieve this milestone, we went from thinking mechanically to thinking digitally,” said Breitfeld, who is also CEO of Byton, at a CES press event.

Byton’s cars will have integrated Amazon Alexa, so you or a passenger can issue commands like “play my play list.” Aside from the basic car platform — the Byton EV — the company will offer a Byton Life platform, which will enable you to engage with the car and all of the things you want to do in it, like playing music or movies. The company says the Byton app is an all-in-one solution to do things when you are outside the car.

“The Byton M-Byte could be the most important digital device in your life,” Breitfeld said. 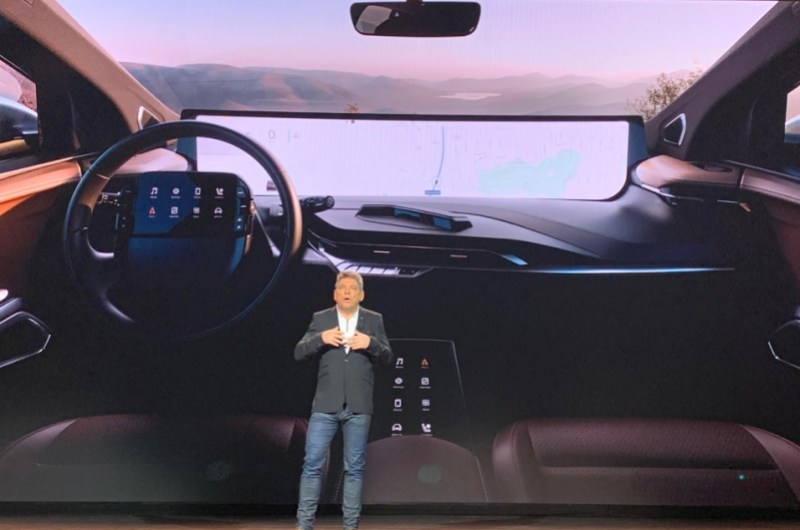 The company revealed more about its user interface and interior cabin details, which will first appear in the M-Byte model.

There’s also a dashboard camera pointing at the driver to detect whether they are alert. This comes in handy if you are actually driving the car, or if you need to be ready to take over in case of an emergency. The car has security built by Byton Security Lab. 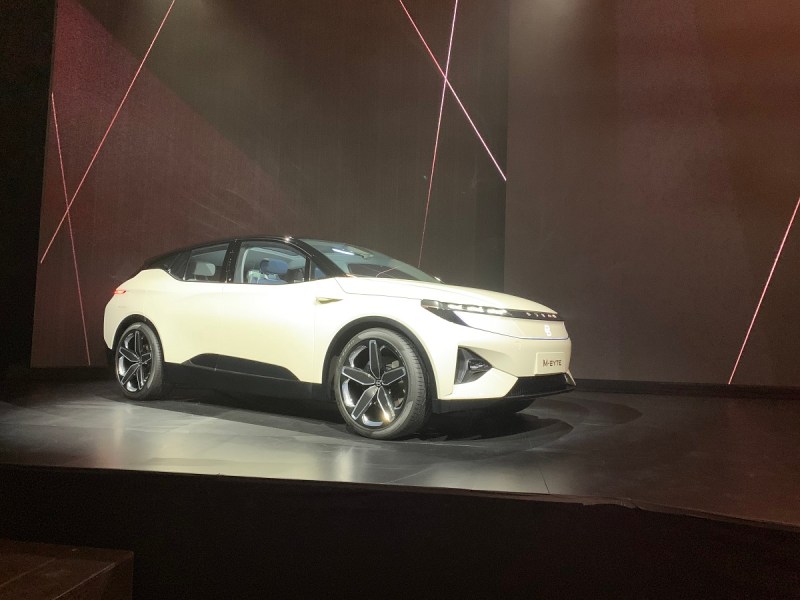 The company has raised hundreds of millions of dollars from investors, including FAW and CATL. Partners include Bosch, Faurecia, Amazon, and Baidu.

“We are building Byton on great partnerships,” said Kirchert.

The company is on track to secure a production license in China, he said. In June 2017, Byton broke ground in Nanjing. The plant became operational in April 2018, and the first running prototypes came off the line in August. It has now built more than 100 test vehicles.

“We are on track to start production by the end of this year,” he said. “The fully operational capacity will be 300,000 cars a year.”

The first Byton store will open in Shanghai next week, said Kirchert, adding that it is the first of many stores. Byton currently has more than 1,500 employees across all of its locations.