Digital forensics platform Cado Security today announced a $10 million series A investment led by Blossom Capital, with participation from existing backers. The funds bring the company’s total raised to $11.5 million and will be used to support growth in engineering, customer support, and go-to-market operations.

Some experts estimate that legacy forensics tools only provide 5% or less of the data needed to investigate a cloud attack. Forensics analysts often determine that an attack is not worth further investigation, due to the level of effort required to dig deeper. But these attacks aren’t slowing. Some 20% of organizations get hit with cyberattacks six or more times a year, and 80% say they’ve experienced at least one incident in the last year so severe it required a board-level meeting, according to a report from IronNet.

“We founded Cado Security right in the midst of the pandemic in April 2020, as enterprises were shifting to the cloud, to enable their remote workforces to successfully work from anywhere,” Campbell told VentureBeat via email. “This uptick in the cloud introduced new complexities and risks enterprises had never seen before. Security teams didn’t have the time to become experts in the cloud amidst the shift, and hackers noticed.” 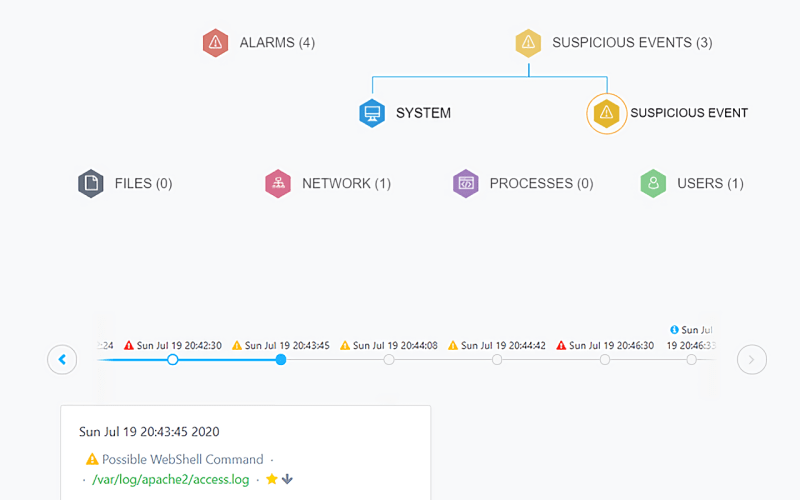 “[Our] platform has a unique detection engine that uses machine learning in order to identify financial or personally identifiable data across systems that have been impacted by an event,” Campbell explained. “Many of the existing solutions provide an incident overview, which represents a fraction of the actual data related to the event, meaning you’re more likely to miss something big … [Cado] can see data attempting to be exfiltrated by a hacker, even when they are not using any malicious software to evade detection.”

According to Gartner, nearly 70% of enterprises plan to accelerate spending on cloud services in 2021. As more data moves to the cloud, attacks on cloud infrastructures are increasing significantly, putting new pressures on security teams to respond quickly.

Cado Security claims it has seen “significant demand” despite competition in the over $34.5 billion cloud security market. Netskope recently raised $340 million at a $3 billion valuation, while Valtix nabbed $14 million in June 2019. There’s also Bitglass, which raked in $70 million for its cloud-native platform that helps companies monitor and secure employee devices.

“Data is moving to the cloud at an alarming rate. We founded Cado Security to help enterprises quickly and easily conduct deep forensic investigations across modern cloud environments to stay one step ahead of today’s cybercriminals,” Campbell said. “Our platform is [one of the few solutions] that can capture data across short-term environments, such as containers and auto-scaling infrastructures, enabling security teams to effectively investigate threats.”