The Call of Duty Endowment and the U.S. Army Esports are announcing the first-ever Code Bowl event on December 13.

The event will feature eight teams, each captained by a popular streamer playing Call of Duty: Modern Warfare along with members of the U.S. Army Esports team.

Each team will be competing to become the Code Bowl Champions by earning the most points in-game. Each team will include a featured streamer and two active duty service members from the U.S. Army Esports team. The Code Bowl is also supported by Scuf Gaming.

“The Code Bowl is an exciting new way for the Call of Duty community to engage with world-class streamers and gain awareness about the value of military service,” said Dan Goldenberg, executive director of the Call of Duty Endowment, in a statement. “We couldn’t be more excited to be partnering with U.S. Army Esports in this endeavor.”

The action begins at 10 a.m. Pacific, December 13 on the Call of Duty Twitch Channel, featuring preshow content and commentary by fan-favorite hosts, analysts, and commentators. 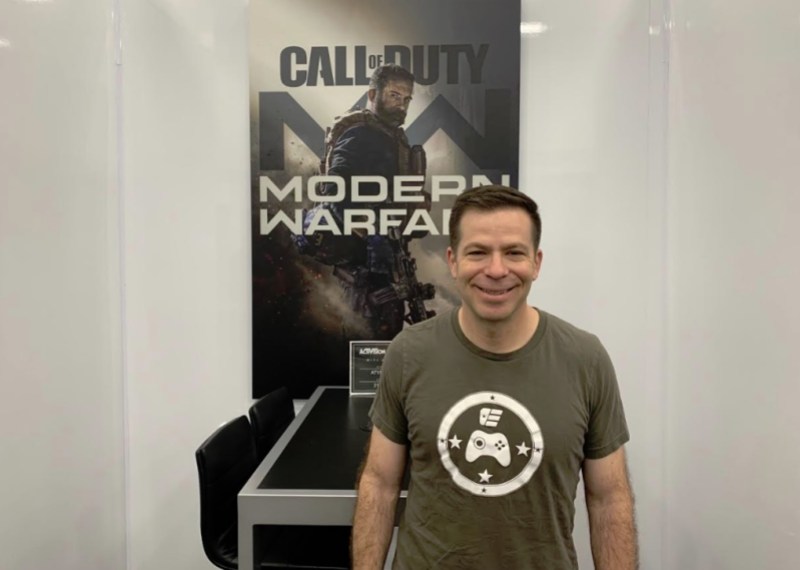 Above: Dan Goldenberg is head of the Call of Duty Endowment.

Fans can also watch their favorite streamers via their individual channels, listed here:

Separate from the Code Bowl, starting today leading up to the event, each streamer will raise donations on their channels on behalf of the Call of Duty Endowment. The streamer who raises the most donations will take home the championship trophy and bragging rights. People can also donate directly at this page here.

Nationally, American veterans make an average salary of $49,945, while those placed through the Endowment’s grantees, with their focus on high-quality placements, made an average of $60,750, or 21% more.

In compliance with federal rules, the U.S. Army Esports team will not be endorsing or participating in any fundraising activities associated with any organization, including the Call of Duty Endowment.

The Call of Duty Endowment is a non-profit organization cofounded by Bobby Kotick, the CEO of Activision Blizzard. The Endowment seeks to help veterans find high-quality careers by supporting groups that prepare them for the job market and by raising awareness of the value vets bring to the workplace.