Activision and Tencent announced today that Call of Duty: Mobile is now available in all countries and regions where Google Play and App Store are supported, with the exception of mainland China, Vietnam, and Belgium.

The title is big bet from Activision Blizzard (the parent company for each game publisher) that it can double-dip on revenues this year for the franchise, with both this mobile game and Call of Duty: Modern Warfare (the latter on the consoles and PC) launching this fall. It’s developer is TiMi Studios (a Tencent house), and Activision is publishing it.

“Call of Duty: Mobile represents a landmark moment for us to bring one of the most successful entertainment franchises in history to the world’s largest platform,” said Bobby Kotick, CEO of Activision Blizzard, in a statement. “This is a triple-A, free to play experience that we’re delivering to a whole new audience of fans.”

I’ve played a demo of the game and it looks good. The graphics are sharp, the gameplay is fast, and the controls aren’t that difficult to use, whether you are using a Bluetooth game controller or the touchscreen. That is pretty rare for a mobile shooter, as it’s quite easy to mess up the controls.

Players can fight in modes such as Team Deathmatch, Domination, Frontline, and Search & Destroy. The maps include Nuketown, Crash, Hijacked, and more. Players can progress through the multiplayer ladder or the battle royale ladder. The battle royale map includes locations from throughout Black Ops and Modern Warfare, including Firing Range, Crash, Standoff, Shipment, Killhouse, Overgrown, Nuketown, Launch, Countdown, Estate, and more. 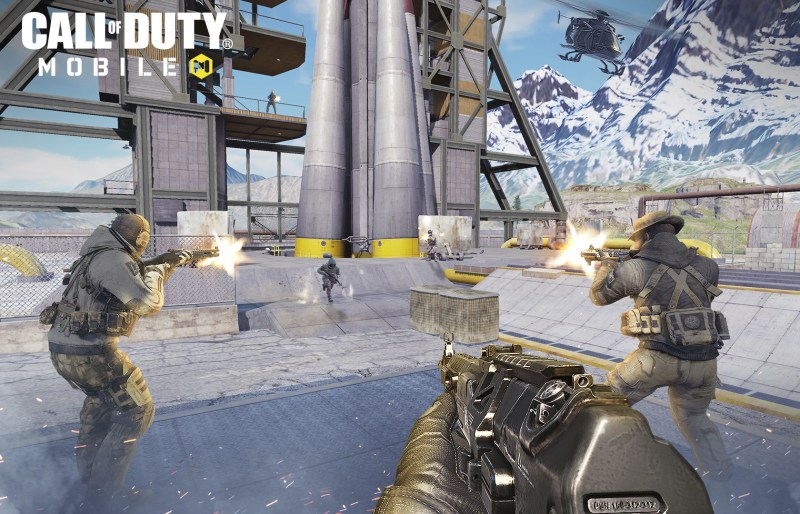 Following today’s launch, free content for Call of Duty: Mobile will take the form of new seasonal updates, game modes, customization gear and items, and much more. The first global community event, “Lighting up the World,” is a celebration of the Call of Duty: Mobile launch. As more people play the game, more rewards will unlock, including new camos for a variety of items in-game. Players can check global progress toward the unlocks in the Events section in-app.

Activision turned to TiMi Studios, based in Shenzhen, China, to make the game. TiMi was founded in 2008, and it has previously made hits such as Honor of Kings, QQ Speed, CrossFire: Legends, and Arena of Valor.