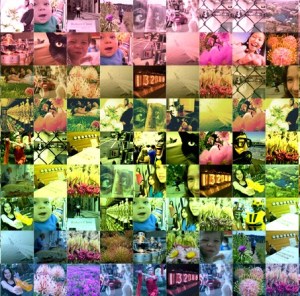 Photography lovers will surely be delighted to hear the mission of the new startup Lytro. The company, which made itself known Tuesday, said it will to bring a new kind of camera to the consumer market and that its launch later this year will be “the start of a picture revolution.”

The camera works by having many small lenses between the main lens and the image sensor, with the tiny lenses measuring the amount and direction of light coming in.

Lytro has a neat photo gallery on its site that lets a prospective customer see how its refocusing works. When you click on different spots in a Lytro picture, you see a different focus—meaning every picture you take has tons of possibilities.

Not only is Lytro distinguishing itself by making big promises, it’s also taking a major leap by trying to be a hardware company. Instead of licensing out its new technology, it hopes to sell a point-and-shoot camera to consumers later this year.

We fully expect Lytro to raise more buzz as it raises more capital. So far, the company has raised $50 million from the likes of NEA, K9 Ventures, Greylock Partners and Andreessen Horowitz.

Are you intrigued by Lytro’s new camera technology? Will you consider buying a Lytro camera later this year?