CamSoda today announced the launch of DerbyCast, a way for women to enjoy the Kentucky Derby with the Lovense Lush sex toy. It’s a follow-up to the buzzing sensations it introduced for the Super Bowl.

DerbyCast allows individuals with a connected live sex toy (Lovense Lush) to sync their toy to the racehorse they wager on this Saturday.

As their selected horse makes its way around the track, the user’s Lovense Lush will vibrate in accordance to its performance — faster for the horse being ahead of the pack and slower for it lagging behind the pack.

For example, if a user wagers on “Game Winner” and the horse gets a quick start out of the gate, the Lovense Lush will vibrate very fast and will continue to do so if it leads the pack around the 1.25-mile track.

However, if “Game Winner” falters after a quick start out of the gate and falls behind the pack halfway through the race, the Lovense Lush will slow its vibrations. It all depends on the horse’s performance through the duration of the race. 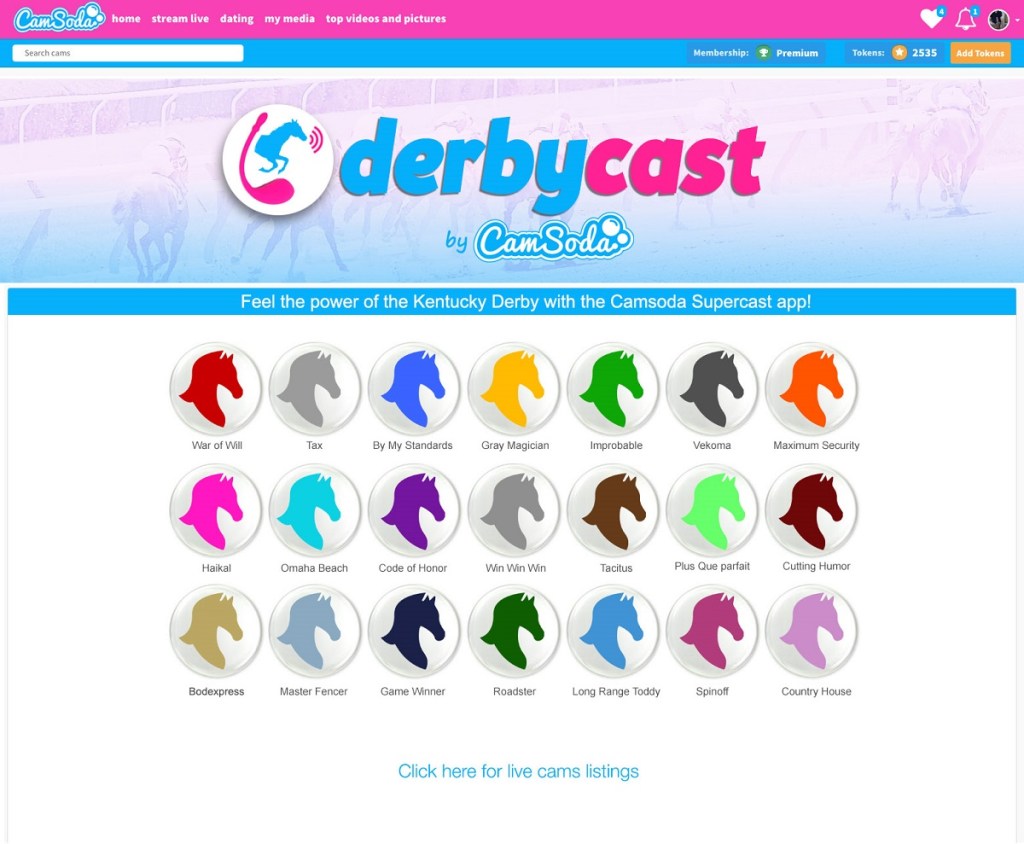 Above: Will your horse be a winner?

“The Kentucky Derby is known as ‘the most exciting two minutes in sports’ and for good reason. It’s a pulsating sporting event steeped in adrenaline,” said Daryn Parker, vice president at CamSoda, in a statement. “With the launch of DerbyCast, users can truly feel the excitement as their favorite horse makes its way around the track. Here at CamSoda, we’re putting a new meaning behind ‘and down the stretch they come…'”

This announcement follows the company’s “cast” integrations including Ocast, which allowed people to send and receive orgasms over the internet; SuperCast, which allowed those with a Lovense Lush to sync their toy to their football team’s performance, just like fantasy football; and BitCast, which tracked the volatile fluctuations of the bitcoin market.