Webcam models can make a lot of money, but sometimes they don’t want to be caught doing risqué things on the internet for fear of being found out by family, employers, or friends. So adult webcam platform CamSoda is launching Camoji, or digital animated avatars that the models can hide behind.

The customizable digital avatars are a new way for “cam models” to make money and interact with fans while remaining anonymous.

It is an additional way for adult cam models to interact with their fans and a new way for people to try their hand in adult entertainment anonymously.

“Given the popularity of Animoji, and now Memoji, which allow for people to create an avatar that looks just like them, we wanted to introduce a sexy alternative with a twist,” said Daryn Parker, vice president of CamSoda, in a statement. “With the launch of Camoji, now anyone can get into adult entertainment and anonymously interact with people, all under the guise of a XXX avatar. So whether you’re a mother of three who can’t afford to have your kids’ friends’ parents find out or a C-level executive at a well-known company with clients, Camoji now allows you to moonlight as a cam model and anonymously interact with fans, all while earning money.” 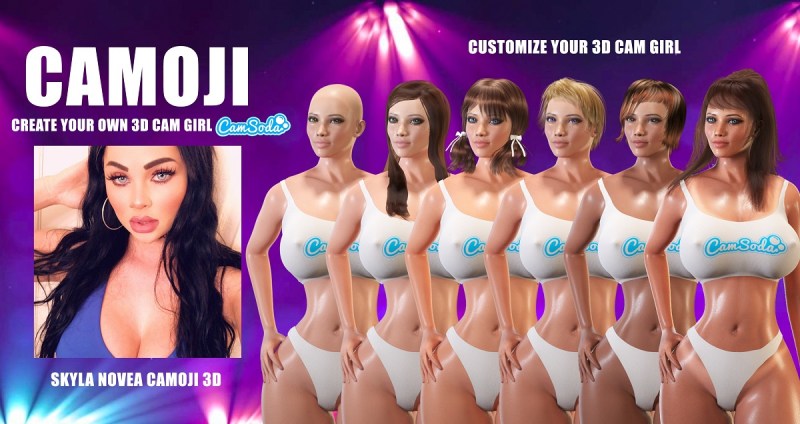 Models follow prompts to begin creating their personalized digital avatar (similar to building a character in a video game). Once the character has been completed, models list their digital alter ego in CamSoda’s new “Camoji” category where users can interact with them in real time via chat.

Users can command (with money tips) the Camoji to perform an assortment of movements, including dancing, twerking, and more. Camojis will also be able to interact with and talk dirty to users through its chat function. Similar to other cam shows, users can request private shows with Camojis as well.

In the near future, CamSoda will begin using face tracking technology and motion capture technology. Users will be able to map emoji characters to their face and body, producing a more realistic Camoji. Camojis will also be able to mimic movements in real time. You can imagine what you can do there.

The launch of CamSoda’s Camoji complements the company’s recent tech-focused announcements, including the launch of Cardi-Bot, the world’s first sex robot people can interact with for free over the Internet; a partnership with a manufacturer of love dolls; and a teledildonics integration to offer an unprecedented adult entertainment experience, dubbed VIRP, short for “Virtual Intercourse with Real People.”