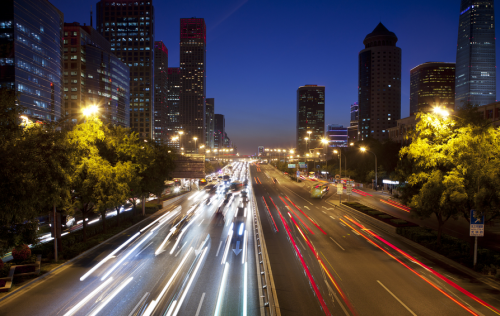 Go East, young entrepreneur! The chance to become rich and famous with a startup is no longer just an American dream. It’s happening in Asia too, as talent, energy and resources flow from the U.S. to the east.

Venture capital investment in Asia has nearly tripled in the past five years to $15.6 billion. China has leaped ahead to become the world’s second-largest venture market at $7.6 billion investments, while India has climbed to third place at $5.8 billion.

Together, these dragon and tiger markets account for 13 percent of the $37.8 billion put into startups globally. That’s up from 5 percent in 2005.

Since 2005, more than 6,000 startups in Asia – about half of them in India and China alone – have been venture funded.

China is also gaining ground when it comes to technology patents. The country scores fourth worldwide for new patent applications, up from tenth place in 2005. Two giant Chinese companies – ZTE Corp. and Huawei Technologies – are among the top four corporate patent filers in the world.

For sure, the U.S. still leads the global venture capital market, weighing in with 70 percent of investments in startups and 64 percent of deals worldwide. But VC spending in America has flattened and hasn’t recovered momentum since the last peak more than 10 years ago. The U.S. remains the world’s superpower innovator, too, with 28 percent of all patent applications in 2010. But the U.S. share of patent filings has slipped from 34 percent in 2005, while China’s portion stands at 7.6 percent, up by 56 percent in 2010.

In other telling signs of the eastward shift, the U.S. slipped to fifth from third place in a recent World Economic Forum ranking of 138 countries by technology development and competitiveness. Singapore ranked second, while Taiwan and Korea moved up among the top 10, China leapfrogged to 36th place, and Vietnam scored with the fastest climb.

Asia’s innovation hotspots are fast emerging as first choice destinations for bright young entrepreneurs. By 2014, an estimated 200,000 skilled tech workers leave the U.S. to return to their Chinese and Indian homelands to find new opportunities and to create tomorrow’s leading startups. Consider some of the great companies created by Chinese and Indian immigrants to the Valley: Sun Microsystems, Hotmail, Yahoo and YouTube.

This year, Silicon Valley serial entrepreneur Elliott Ng took a job at Google in China and moved his young family there. Raj Gilda left a VP post at Citigroup in New York and moved to Pune in India to ramp up a vocational training and micro-lending operation called Lend-A-Hand. Mentor and tech entrepreneur Bryan Pelz left Los Angeles for Ho Chi Minh City to work with mobile gaming and search startup VNG, which borrows from Shanda, Tencent, Google and Baidu. Yale undergrad Alice Wang left the ivy-covered walls for a job at a Groupon venture in China.

Getting in on the action, Singapore is making good with government hand-outs and skillful coaching for entrepreneurs. KC Wong is jumpstarting Sparky Animation in Singapore and wants to make it in Hollywood. Mobile security startup Tencube, incubated at the National University of Singapore, was acquired by McAfee. Taiwan is luring startups to move beyond their base in churning out more than semiconductors and electronic goods, and has turned on the lights for a number of LED startups.

The super-charged emerging markets of Asia promise to deliver the next Facebook phase – a turning point that will spark a creativity surge like the social media boom. Startups create jobs and wealth, and enthusiasm for future innovations.

Once, Sand Hill Road investors rarely scouted deals outside the San Francisco Bay Area. Now, they can’t get enough of Asia. Silicon Valley leader Dick Kramlich of giant New Enterprise Associates left his Nob Hill home and art collection and moved with his wife to Shanghai for more than a year to be in the thick of this happening city. Venture heavy Gary Rieschel of Qiming Venture Partners left behind a Bay Area career and his wine collection to relocate to Shanghai, working from the 39th floor of JinMao Tower overlooking the Bund. Former Sequoia Capital India head Sumir Chadha – now back at WestBridge Capital Partners – moved from his comfortable suburban residence in Burlingame to a sea-facing condo in Mumbai. IDG chairman Pat McGovern has made 100 trips to China and is now exploring new terrain in Vietnam and India, and financing dozens of scrappy young entrepreneurial ventures.

“The opportunity is now. In a few years, it will be too late,” says Kai-Fu Lee, the former president of Google China. Now chairman and CEO of Beijing-based Innovation Works, Lee advises young Chinese entrepreneurs in Silicon Valley to “Go East” and he’s financing dozens of startups and mentoring the founders.

These trends underscore a shift in entrepreneurial and inventive muscle to Asia. As the currents for tech innovation move across the Pacific Ocean to China and onward to the Indian Ocean, America’s long-term competiveness is increasingly at stake. Consider how important venture capital is to economic growth:  In 2009, venture-backed companies in the U.S. contributed 21 percent of the U.S. gross domestic product and 12 million jobs, according to IHS Global Insight.

Powerful tides are shifting, and quickly, as not only Chinese and Indian immigrants return home for improved job opportunities and family ties, but also young professionals and bright college graduates pack their bags and settle into a comfortable lifestyle and community of like-minded dynamos in Asia’s top tier cities. It’s not a roundtrip ticket either, but a several years’ journey or a lifetime commitment.

This exodus is laying a foundation for Asia to out-innovate America.

“Silicon Valley will not forfeit its leadership, but China and India will compete heavily,” says Ajit Nazre, a partner at top tier venture firm Kleiner Perkins Caufield & Byers. “We will see hundreds of companies coming out from these markets with huge growth and lots of potential.”

This new innovation dawn in Asia is really only the beginning. Over the next two decades, the startup game will play out in a new geography distant from its Silicon Valley roots. 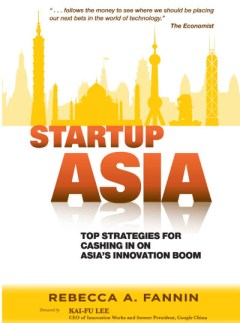 Rebecca A. Fannin is the author of Startup Asia (Wiley, 2011) and Silicon Dragon (McGraw-Hill, 2008). Fannin will be appearing at Kepler’s Book Store, 1010 El Camino Real, in Menlo Park, Calif. on Friday, Dec. 9, at 6pm, for a talk, book signing and cocktail reception.