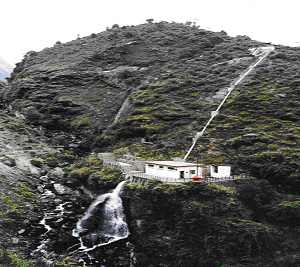 A new report from the World Resources Institute and partners claims that the market for clean energy products among India’s rural poor is potentially worth $2.11 billion per year. $2.04 billion of this market is for decentralized renewable energy such as that produced by biomass kilns or small-scale hydro-electricity plants. The clean energy enterprises surveyed in the report have also seen annual gross revenue grow by an average of 36 percent per year since 2004.

India has one of the fastest growing economies in world, due to expand by 8 percent in 2010, and its energy demands will more than double by 2030. At the same time 400 million people in the country have no access to electricity. The result is a severe energy shortage, in particular in rural areas.

The report concentrates on India’s BoP (Bottom of the pyramid) population which consists of households who spend less than $75 a month on goods and services but make up 60 percent of the population, higher in rural areas. BoP households spend approximately $4.8 billion per year on energy, mainly on fuels like firewood, kerosene and dung which are harmful to health and the environment. Studies have found that indoor air pollution from these fuels contributes to 4-6 percent of all disease-related deaths in India.

Decentralized renewable energy (DREs) resources are mainly small hydro-electric and biomass projects where the electricity is distributed using company-owned mini grids (a local grid based on energy resources available in a specific area) or undersupplied existing grids. Biomass gasifiers produce electricity from wood chips or crop residues. Their generating capacity is in the range of 25kW to 100kW which can supply a village of 500-1200 households. The cost is generally 8-12 Indian rupees per kilowatt which makes prices comparable to diesel generator-based electricity.

Small-scale hydro plants built along mountain streams are even cheaper, at 2-2.5 Indian rupees per kilowatt, and they produce more energy. Plants generate from 100-1000 kW. However, the upfront construction cost of 50 million rupees ($820,000) up is massive in comparison to biogas and hydro power is not suitable for all areas.

One interesting point is that the success of DREs relies heavily on being able to predict demand efficiently. Demand estimation and demand response are crucial to the integration of renewables into the utility grid and will be one of the major issues for smart grid vendors. Could India and similar countries be a secondary market for tech startups targeting the smart grid?

Other technologies covered in the report were solar energy systems for individual households, solar lanterns and energy-efficient cooking stoves, all of which have a much smaller current market than DREs, but which is expected to grow considerably in the future.