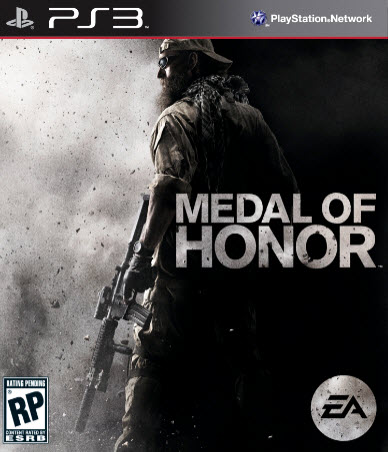 There’s only one video game franchise that could possibly take on the dominance of Activision Blizzard’s Modern Warfare 2, which has become the fastest-selling video game of all time. And that franchise is Medal of Honor, owned by Electronic Arts.

EA announced today it will create a new version of Medal of Honor, which will dispense with its traditional World War II setting and move to the modern war landscapes of Afghanistan. The game is expected to launch in 2010, with a focus on a secret elite soldier group known as the Tier 1 Operator. So it will be a covert operations game, as opposed to the more traditional war-fighting that typified previous Medal of Honor games.

The showdown between Medal of Honor and Modern Warfare 2 is another example of the grudge match between EA and Activision Blizzard (and its Infinity Ward division, which was started by former Medal of Honor creators). In everything from skateboarding to music games, these companies are dueling for the hearts of video gamers.

This latest move by EA might be just a poor attempt to clone the Modern Warfare experience, which stands out as the best realistic first-person shooter game. But if EA is smart, it will pump all that it can into this new version of Medal of Honor, which is now a 10-year-old game property. EA has neglected the franchise in favor of its modern combat Battlefield series. But it will be interesting to see if the company can revive the Medal of Honor name, even as it cuts 1,500 jobs.

EA’s Los Angeles team, EALA, will create the game under the leadership of studio general manager Sean Decker, executive producer Greg Goodrich, and senior creative director Rich Farrelly. EALA will also get support for the multiplayer version from EA DICE, the Swedish studio that makes the Battlefield games. Goodrich said that EA plans to reinvent Medal of Honor with a focus on authenticity and respect for the soldier in today’s modern war setting. The company will be consulting with real soldiers to make the game.