Calling myself “deeply conflicted” about Facebook’s upcoming standalone VR headset Oculus Quest 2 would be an understatement. My long but imperfect memory can’t recall any device this compelling from such a seriously troubled company — one that’s hoping to win new customers even as employees keep jumping ship over crises of conscience. That polarized situation from a polarizing company makes the Quest 2 launch one of 2020’s biggest tech tragedies, despite the fact that I would normally be first in line to want one.

Facebook’s corporate transgressions have been hard to ignore for years. Whether you believe it actively participated in historically massive misinformation, disinformation, and polarization campaigns or was just a well-paid enabler that was all too willing to look the other way as bad things happened, the social media giant has been investigated, sued, and found guilty, at least in the court of public opinion. Despite Facebook’s promise to “bring the world closer together,” my own friend and family lists have been shattered by the insanity Facebook’s algorithms and business practices unleashed, so I’m proud — not happy — to have shut down my Facebook account and walked away from that network.

On the other hand, there’s Oculus. Facebook acquired Oculus when its first product, the Rift VR headset, was still under development, and it gave the startup access to cash, engineering, and manufacturing scale that unquestionably improved its prospects. Yes, some of that cash indirectly funded one Oculus founder’s “jail Clinton” campaign during the 2016 election season, provoking public outcry, but the overwhelming majority of Facebook’s money went directly into creating breakthrough mixed reality products. 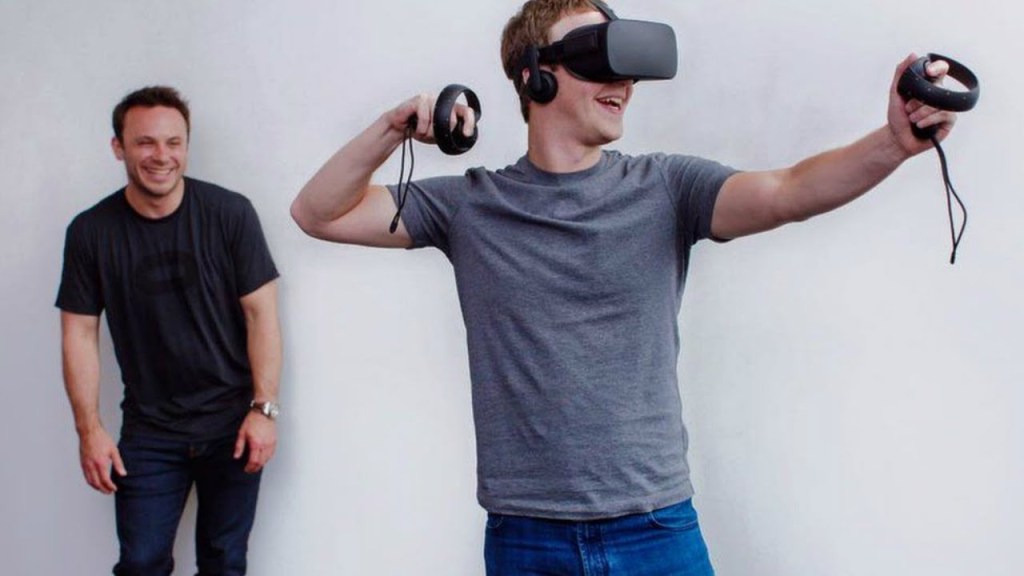 To be clear, I think Mark Zuckerberg’s investment in Oculus was brilliant, and as I (and others) have said before, neither Oculus nor the VR industry would be what they are today without him. I’ll go further and note that I personally like (and respect the professionalism of) the Oculus representatives I’ve met and worked with over the years. Whether it’s called Oculus or Facebook Reality Labs, the company is home to some exceptionally smart people who are doing work that is benefiting humanity. There may be no better place today for them to do that work.

That said, I don’t trust Facebook as a company, and I’ve felt for some time that VR has become too important to trust to Facebook. Regardless of whatever assurances were made before or during the acquisition, the likelihood that Oculus would remain fully independent was low, and every year, the Oculus brand falls more under Facebook’s shadow. Recent moves — including renaming Oculus Connect “Facebook Connect” — strongly suggest that the Oculus brand won’t be around 10 years from now. If the word “Facebook” wasn’t so controversial right now, Oculus Quest 2 might well have shipped under an entirely different name this year.

Assuming you believe that Facebook is a good actor that makes big mistakes rather than a bad actor that gets away with as much as it can — that debate is still raging — the company’s biggest failure would be its inability to read a room and properly course-correct after screwing something up. Sixteen years after its founding, Facebook still acts like a kid who knocks over a giant aquarium, puts one fish in a bowl, and asks, “We good?” After doing serious harm, it rarely apologizes, admits the scope of its failings, or does anywhere near enough to make up for the damage. Motto change aside, it still moves fast and breaks things, then shrugs off the consequences without any actual remorse.

(Some writers have equated Facebook with the mafia, suggesting that it’s an inherently bad organization that puts on a nice show for the general public. Clearly, these critics have never owned a small business that’s been shaken down by Yelp.)

Instead of accepting that its brand has become toxic, Facebook — in another of its questionable room-reading moves — has tried to change public perception by becoming even bolder. If you’d forgotten who owns Oculus, Instagram, or WhatsApp, guess what: The apps now launch with the words “From Facebook” to remind you that Facebook isn’t just a troubled social network. And instead of shrinking from the public spotlight, Zuckerberg personally shows up at Congressional hearings and opens events such as Facebook Connect, proudly introducing everything of importance himself. His message is essentially to accept Facebook, warts and all, because it does more good than harm.

Having watched Facebook turn former friends into militantly polarized antagonists, I’m troubled by the idea of taking the good with the bad here, because the good is great and the bad is awful. My brain keeps coming back to Arnold Schwarzenegger’s dystopian sci-fi movie The Running Man, where the omnipresent TV network ICS had a theme song titled, “We bring you joy, we bring you strife.”

As my colleague Dean Takahashi notes, Oculus Quest 2 ranks high on the joy scale. Facebook has almost magically delivered a $299 standalone VR headset that’s roughly twice as impressive as the highly usable $399 model it’s replacing. It’s also lighter, and its deluxe $399 variant delivers twice the storage capacity of the prior $499 Quest. The cutting-edge Qualcomm Snapdragon XR2 chipset inside is far closer to future-proof today than the already aged Snapdragon 835 was when Quest 1 shipped less than a year and a half ago. If it wasn’t for the Facebook factor, buying Quest 2 would be a no-brainer.

Unfortunately, Facebook offset all of Quest 2’s positives with a new requirement: If you want to use the headset, you’ll need a Facebook account. The controversial news that Oculus accounts are going away hit one month ago, along with the not-so-subtle detail that Facebook accounts will be required to use all new Oculus products going forward. That means whatever barrier might have existed between Oculus users and Facebook’s massive, dangerous data-crunching operation will be gone, which is especially problematic given that mixed reality devices can and will gather the most personal data ever cultivated from computer users.

People freaked out last month when the Facebook account requirement was announced, and they haven’t calmed down much since then. Yesterday alone, our friends at UploadVR said that requiring a Facebook account was a headline-worthy caveat to an otherwise positive assessment of Quest 2, while other publications were even more vocally troubled by its “Facebookening.” And this isn’t just media-generated angst; discussion forums and Twitter quickly lit up with similar concerns, which I’d call largely if not wholly justified given Facebook’s track record.

Despite multiple questions about the original Quest, I wound up buying it myself for ongoing coverage purposes, and was impressed by many of the free software upgrades Oculus offered over its lifespan. Just as Dean said in his hands-on, I used Quest more than any other VR headset — and I’ve had a bunch of them — so for months, I’ve been actively looking forward to a new Quest. Once the new Facebook account policy was announced, however, I sold my Quest, and for the time being, I have no intention of buying the Quest 2, as much as I would enjoy using it.

It may seem extreme — pointless, even — to say that I don’t want to add another Facebook account to the company’s multi-billion user tally. I also acknowledge that Quest 2’s price to performance ratio guarantees that it will see even better enterprise and consumer adoption than the original Quest. For professional reasons, I may eventually wind up with no choice but to use a Quest 2, even if I have to pinch my nose when doing so.

But if silence is complicity, I can’t comfortably say nothing when the stakes are so high. Facebook has the potential to change the world with Oculus Quest 2 and its successors, just as it has done with its own network. The changes could easily be as horrifying as what’s happened on Facebook with bigots, scam artists, and liars, or as compelling as the photos and videos people share on Instagram every day. Rather than reviling Facebook for what it has wrought, my sincere hope is that the company makes the quick, hard pivot it so desperately needs at this point, as only a change of that magnitude will let me — and many others — consider embracing Quest 2 with a clear conscience and open wallet.