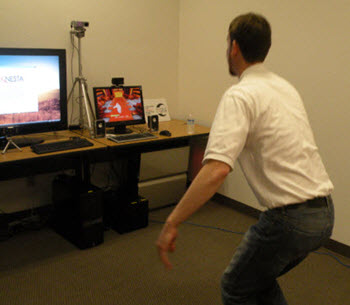 The Nintendo Wii started a motion-sensing revolution in video games. Canesta, a startup that is taking motion-sensing a step further with full three-dimensional body movement sensing, is cashing in on the trend. Today, the Sunnyvale, Calif.-based chip maker is announcing it has raised $16 million in a new round of funding.

The money comes from some prominent new backers, including Quanta Computer, the world’s largest maker of laptops. Quanta says it plans to use Canesta’s products in 3-D gesture-control systems that will revolutionize the way we interact with computers. With webcam-like cameras, Canesta-based products will let you control a computer without touching it; you simply wave your hands in front of it and it detects your motion. Hence, with PCs, TVs, and games, these 3-D gesture control systems let you get rid of a controller or remote control.

Canesta’s chips let cameras “see” moving objects. The webcam-like camera detects your movements and then calculates exactly where you are. The system then translates your motion into commands for your electronic devices. 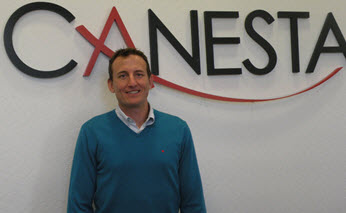 In an interview, Canesta chief executive Jim Spare said the endorsement from Quanta and other investors will hopefully inspire big companies to move forward with adopting the technology in a variety of markets. Spare said the new money will help the company move into full-scale production of its chips, which could be used in systems in the fall of 2010.

Spare envisions systems that are not incredibly expensive or complex. The image sensors in the camera, made of ordinary CMOS (complimentary metal oxide semiconductor) chips, can detect objects based on light reflections. A light-emitting diode (LED) flashes and the infrared light bounces off the objects and then returns within fractions of a second to the sensor, which measures the travel time for the returning light to gauge distance. The infrared is invisible to the human eye. It works in ordinary light and the user can still operate the controls from across a room.

Microsoft plans to introduce this kind of technology with Project Natal, a new motion-sensing system for the Xbox 360, which is expected to debut in the fall of 2010. But Microsoft is evidently relying on technology from 3DV Systems, which it bought earlier this year, and PrimeSense. Spare says 3DV relies on gallium arsenide chips that are more expensive to make. 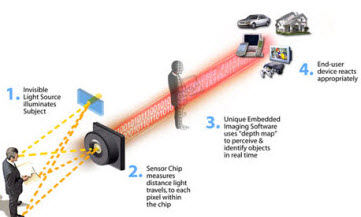 Hitachi has showed how it could use Canesta-based systems to replace remote controls for TV sets with touchless human gestures. And Spare says the chips could also be used for new kinds of gesture controls in smart phones.

Quanta’s investment could take the technology in a brand new direction. Spare notes how computers started with the mouse and keyboard. The iPhone brought us into the modern age of multitouch touchscreens. And now the “touchless” 3-D gesture control systems will take PCs to a whole new level of simplicity and immersiveness. Cherng Chao, senior vice president at Quanta, echoes those comments.

“A natural interface on a PC is as important a breakthrough as was the mouse,” Chao said. 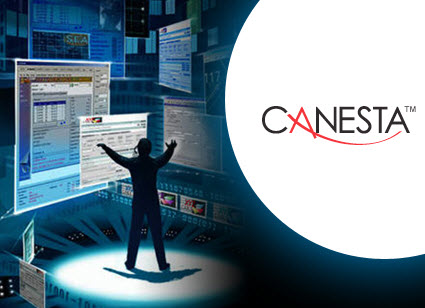 The company has won more than 40 patents since it was founded in 1999. With the new funding, Canesta has raised more than $74 million from Venrock, Carlyle Group, and Honda. Besides Quanta, another new investor is SMSC, a networking and sensor chip maker.