CANNES, France — Standing on the second floor balcony of the Marriott hotel where Pinterest was holding a networking event, Bob Gilbreath, an Old Fashioned cocktail in hand, could gaze at the beach across the street and marvel at tech’s total dominance of the worlds of advertising and marketing.

It was the start of the Cannes Lions International Festival of Creativity, one of the most import events on the ad world’s calendar. The private beaches that line the water in Cannes had been rented by one big tech name after another: Salesforce, Google, Facebook.

Gilbreath was here as cofounder of Ahalogy, a new-breed digital marketing firm with 45 employees that focuses exclusively on Pinterest. But he can still remember coming to Cannes Lions a few years earlier when, as a product manager for Procter & Gamble, he noted a handful of executives from Facebook.

“It was a real novelty at the time,” he said. “Now, adtech has taken over.”

Indeed it has. New platforms, Big Data, and the growth in mobile and cloud computing are forcing big changes on the advertising and marketing industries. The rise of new digital startups and influential giants like Google and Facebook could be seen and felt across every inch of Cannes Lions.

Having discovered Cannes Lions, Silicon Valley has swooped in like a conquering army, transforming every corner of this massive conference and assimilating any person or thing that stands in its way.

Tech’s victory has not converted all doubters. Along with discussions about targeting and personalization, the weeklong conference included many discussions about whether technology was killing creativity, with some even arguing the rush into the digital had gone too far, too fast.

Still, the anxiety caused a few years ago by the arrival of tech in Cannes has gradually given way to acceptance, and in many cases excitement about the new opportunities.

Greg Grimmer is chief operating officer of Fetch, an agency that launched in 2009 to focus on mobile. It counts Uber and Supercell among its clients. Grimmer said the global ambition of many startups has created a new dynamic for advertisers who can help them get their messages heard around the world.

“These companies are far more ambitious,” he said. “And they want to move fast.” 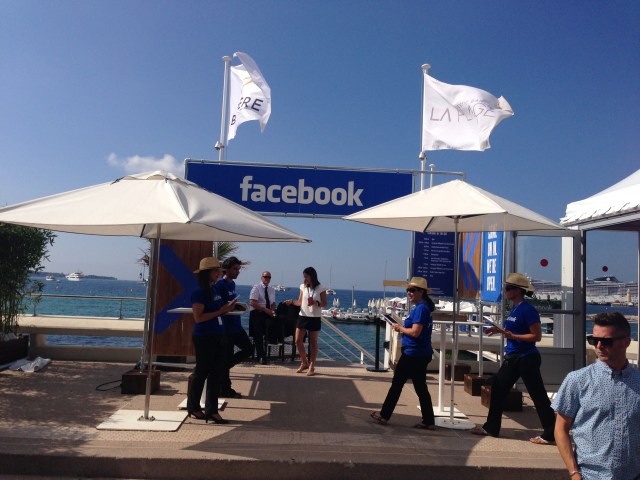 Cannes Lions can seem like one massive, freewheeling party along the French Riviera. And, well, that’s because it is.

Outside the conference center, companies rent the yachts that line the harbor to host their guests. They invite celebs like Sting and Kim Kardashian to stop by for the glamour factor. Or they sponsor them to appear on stage, like Pharrell Williams, to impart words of wisdom about what it means to be creative.

But behind the scenes, Cannes Lions is also where a massive amount of business still gets done. Partnership deals are signed. Executives spend most of their time in hotel rooms hashing out deals. The parties and speaking slots at the main conference are designed to dazzle clients.

The pressure, along with the partying, is intense. Companies spend months preparing for Cannes Lions. Everyone knows to some degree that if they have a bad week here, it could affect their entire year. And everyone has a tale to tell about a friend of a friend who lost their job after a bad Cannes Lions.

Tech giants understand the stakes, and they made their presence felt at every turn.

Facebook unveiled a new, immersive mobile ad product it was developing. Microsoft gave an hour-long demo of the HoloLens on the main stage. Twitter talked about viral versus cyclical trends, and how data could help advertisers find the value in both. Tinder hosted an official after-hours networking event. Box was sponsoring the press room.

And for the first time this year, Cannes organizers tacked on a two-day event devoted solely to the topic of innovation.

Amid this high-tech saturation bombing campaign, Snapchat still managed to stand out as the main attraction.

Founder Evan Spiegel snagged a high-profile keynote slot, and the theater was packed for his appearance. Just before Cannes Lions, Snapchat had announced a new video ad product. And the next day, the company made a splash by announcing Truffle Pig, a social content shop for large brands launched in partnership with ad giant WPP and the U.K.’s Daily Mail.

The press conference was held on the Daily Mail yacht. 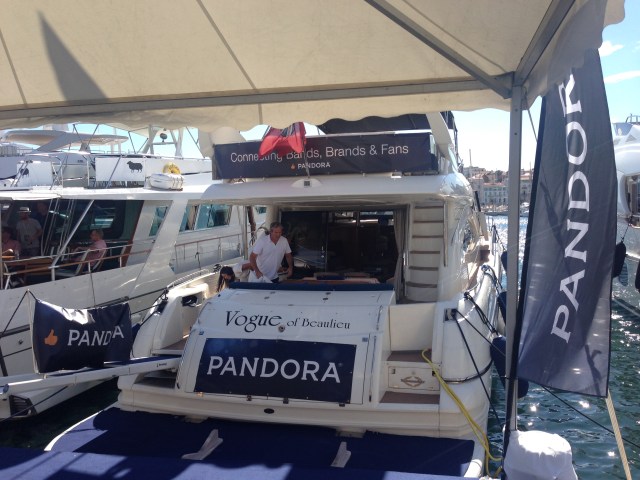 Above: Somewhere back in Oakland, many Pandora employees are hard at work.

While the march of technology across advertising now feels inevitable, that doesn’t mean that everyone is ready to bow down.

Sitting on a beach stage one morning, just a short hop from the water’s edge, The Economist hosted several executives to discuss the shifting landscape. Gannon Jones, head of brand marketing for MillerCoors LLC, insisted that creativity still mattered and issued a bit of a warning about the obsession with tech.

“I think technology is starting to get in the way of creative,” he said. “It’s causing us as marketers to fixate on the technology and the capabilities. We have so much data and so much information, more than we actually need.”

Sitting next to him, Michael Wege, senior vice president and chief growth and marketing officer for Hershey, echoed that sentiment.

Yet a third panelist, Laurent Faracci, senior vice president for global marketing and digital excellence at RB, was happy to wave tech’s flag.

He said the ability to track, personalize and target messages had helped numerous clients improve brand recognition. What’s more, he said that there’s no getting around the fact that more and more media consumption is happening on mobile gadgets, a platform many marketers still don’t understand.

Marketers and advertisers need to embrace tech to understand this new world, he said.

“That is very complex for agencies, and it’s very complex for us,” he said. “But it’s also an opportunity. In the broadcast world, you had one message for everyone. Now, technology can advance and boost that message.” 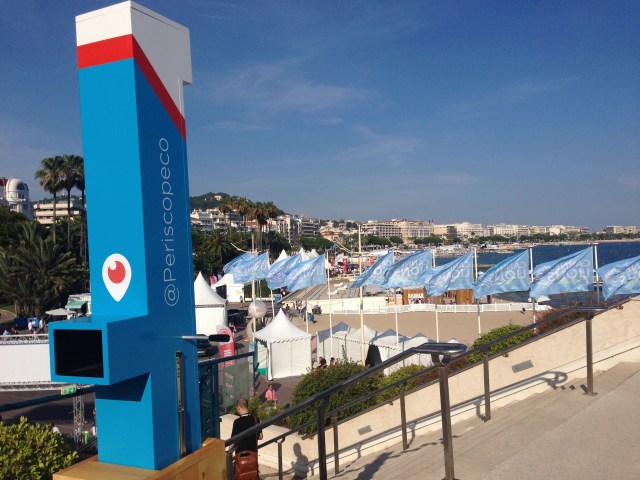 Above: The Periscope team was in Cannes with a real Periscope that you could use with your smartphone to Periscope. Get it?

The tech industry was certainly sensitive to these lingering fears about creativity. And throughout the week, there were attempts to ease the anxiety by trying to reconcile that tension.

Perhaps, techies argued, tech was not killing creativity, but creating new and imaginative forms of expression and storytelling.

At a session called “Scientists vs. Poets: The Art of Connecting Data to Storytelling,” two colleagues from DigitasLBi planned to discuss, according to the program, how “in today’s hyper-connected world, the best marketing comes when you embrace the creative tension between left-brain and right-brain. Powerful storytelling will always be the best way to motivate people’s behavior, but data and analytics can help brands get under the skin of that behavior.”

Maybe the Internet of Things would be a conduit for new messages and stories. Tim Berners-Lee appeared on stage to discuss how artificial intelligence could revolutionize the way people communicate and discover new things.

That richer, more immersive world lies just over the horizon. And when we reach it, tech companies insisted, the worlds of digital and creativity will both thrive.

“What is really exciting right now is the idea that we are moving from taking a webpage and putting it on phone to getting into a kind of experience where you can look underneath that and find something that’s fuller, three-dimensional and encouraging you to use your finger and your ears to explore,” said Chris Cox, Facebook’s chief product officer, during his keynote talk. “We’re entering a new era of creativity.”