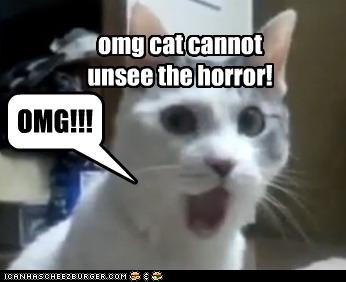 Here’s some developer drama for your Saturday morning: Curebit, a Y Combinator startup that just closed a round of funding from Dave McClure’s 500 Startups fund, has been caught red-handed stealing HTML code, images, and the like from 37signals.

37signals, for those of you not familiar with the inner workings of the machine we call the Internet, is a web shop founded by Ruby on Rails creator DHH (short for David Heinemeier Hansson) and Jason Fried.

In terms of UI leadership and thought leadership, especially around startups, it is without doubt one of the more influential brain trusts in the web community.

In other words, not the most low-profile place from which to nab a little “inspiration.”

Evidence shows that not only did the Curebit team copy 37signals; they’re serving some assets right from 37signals’ original site. Click the images to see larger versions:

Check out these designs, code, and assets from Highrise, a 37signals product, and from Curebit: 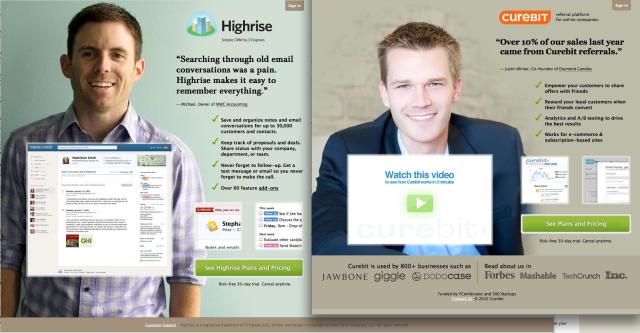 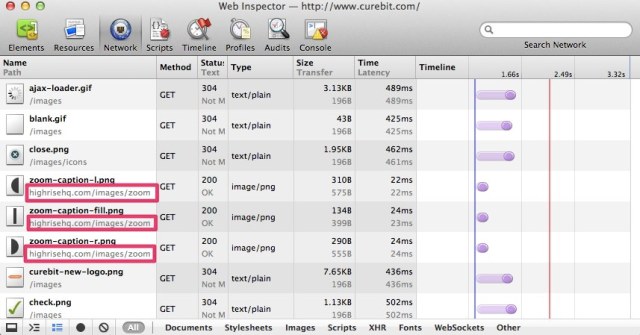 In a Hacker News comment thread, one of the Curebit founders insists the whole thing was a big mistake — the team was just testing and slipped, fell, and landed on 37signals’ work.

“Were A/B testing different pages, came across the 37signals post, and were like, ‘Wow, we should see how that converts!'” wrote Curebit co-founder Allan Grant.

“We… did not really think through the implications of what we were doing. We just kind of thought about it as a fun test to run.

“Clearly it was stupid.”

Ironically, a 6-month-old blog post from 37signals about A/B testing reads, “What works for us may not work for you. Please do your own testing. Your conversion rates may suffer if you copy us.”

Your conversion rates or, you know, your credibility and integrity and the ability to have lunch in Silicon Valley ever again.

On Twitter, some of the Internet’s more colorful personalities are currently battling it out in a war of colorful words. After the discovery, DHH called the Curebit team “fucking scumbags” and Grant himself “a person of poor moral character.”

Grant fired back with a series of defensive tweets, finally telling DHH, “It’ll all be ok. Chill dude.” Probably not the best response to a famously irascible and fairly prominent character. Dude.

DHH then unleashed on Grant, saying, “I can’t believe you keep digging. For every [asinine] excuse, you’re making the original act an order of magnitude worse.

“There is no valid way to rip off people’s designs and have it be ok. Not ‘We’re small;’ not ‘We’re A/B testing.'”

To McClure, the startup’s leading investor in a recent $1.2 million round of funding, DHH writes, “Yo, is your money no good at Curebit? Because it doesn’t seem to be able to buy them decency or designers.”

McClure says he is “speaking to [Grant] about it.”

We’re willing to file this story under “lean startup wankery,” folks. Founders, take note: No matter how many corners you cut and no matter how small your team is, you still have to spend time and money on development and design. Yes, even when you’re testing. Otherwise, you will be publicly spanked and have your startup card revoked by some BDFL or other.