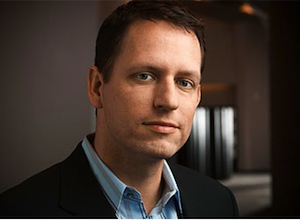 CapLinked, a Los Angeles company that describes itself as a cross between LinkedIn and Salesforce.com for startups and investors, just announced that it has raised $525,000 in a new round of angel funding.

In the past year, both Profounder and 33needs have offered a new investment model for startups with a crowdsourced approach to funding. CapLinked is a little less radical — it’s not reinventing the deals, just offering a site where investors can find them. There’s a social networking component (that’s the LinkedIn part), as well as tools that actually push the deals forward (the Salesforce.com part).

Startups looking for funding can create deals on CapLinked, saying how much they want to raise and sharing relevant company documentation. Then an investor can find the deal, send follow-up questions to the company, and share the deal with other investors.

Obviously, posting this kind of information online can raise security concerns, but CapLinked says that a company’s details are only shared with investors in its approved network, that investors must show they are accredited before they join the site, and that companies can see exactly who looked at their deals and what information they downloaded.

CapLinked says it can be useful beyond that initial funding, because it creates a single place where a company can share all relevant documents with its investors and where investors manage their entire private company portfolio.

The company is initially offering the service for free but plans to add premium features later.

The new round is relatively small, but it comes from some high-profile funders — PayPal co-founder Peter Thiel (pictured above), former PayPal executive and current 500 Startups partner Dave McClure, and Palantir co-founder Joe Lonsdale. They’re all connected through PayPal (Lonsdale was an intern there, and he also worked at Thiel’s hedge fund Clarium Capital), which isn’t surprising since CapLinked co-founder and chief executive Eric Jackson was PayPal’s first senior director of U.S. marketing. But the funding is still a sign that there are investors who think CapLinked serves a real need.

“Start-ups are tremendous drivers of economic growth, yet the basic mechanics of investing in new companies can be difficult and inefficient, especially for first-time entrepreneurs or people outside venture capital centers,” Thiel said in a press release. “CapLinked is providing — for the first time — an efficient online platform that connects entrepreneurs and investors, helps them build relationships, and streamlines the investment process.”