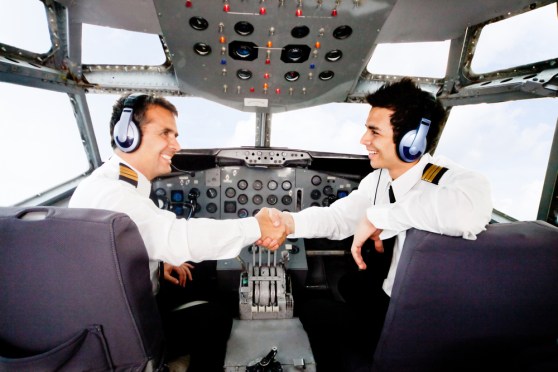 Self-driving cars are all very well and good, but what if you are not ready to give up the driver’s seat? Gimlet Systems offers an alternative: a car copilot that not only avoids collisions but can train you to be a better driver. Its makers expect a similar system to be in on the road within a decade.

“Google is focusing on full automation of the driving experience, making the vehicle drive itself without human interaction, ” says Sterling Anderson, the cofounder of Gimlet Systems. “Gimlet is an intelligent combination of both human and vehicle, an invisible copilot that is adaptive to the driver’s needs.” The system can either run in the background and come to life to avoid collisions or drive autonomously if the driver is incapacitated or wants to zone out. In testing with real human drivers, Gimlet reduced collisions by between 78 percent and 100 percent.

A copilot wouldn’t just make drivers safer but also reduce fuel costs and congestion. Many safety features, which make vehicles larger or heavier, could be removed if cars were no longer in danger of crashing. Collision-proof vehicles can also be packed more tightly into roadways, avoiding the need to build more roads.

How does it work? Any intelligent vehicle control system is designed to preemptively avoid hazards in the environment so it needs to know where those hazards are, or will be, in the near future. A laser-based range finding unit (lidar), which looks like a spinning tin can on the top of the vehicle, works with cameras, radar, and some infra-red sensing to construct a map of the environment.

Using this map, Gimlet monitors and predicts the vehicle’s motion and determines how safe it is. If there is any adjustment to be made, the system’s logic-based algorithms determines the adjustment behind the scenes by sending commands to the accelerator or steering or braking system to avoid an accident.

Gimlet’s makers want to improve the driver’s performance even when he is not using the copilot. “We want to preserve the driver’s intuition about how the vehicle will respond. For that reason we provide a number of different feedback mechanisms. One is haptic, applying a feedback torque to the driver’s steering wheel.” This avoids the situation where the driver doesn’t even know he is making a mistake because the copilot corrects the vehicle’s motion without giving feedback.

Test drivers grew quite fond of their copilots. 20 drivers performed 1,200 trials, driving a utility vehicle remotely using a video feed and the copilot. “We surveyed the drivers at the end of each day of testing. When they began the tests most drivers didn’t trust the system,”Anderson explained. “By the end of testing they were reporting that they felt more in control of the vehicle with the copilot’s help, than they did without it.”

Its military applications look promising. “The number one cause of non-combat fatalities in the U.S. Military is vehicle crashes,” says Anderson. “It’s a serious cause of death even in combat, when soldiers are under duress.” If soldiers could drive supply convoys or perform surveillance and reconnaissance missions remotely, they would avoid risks like IEDs, saving many lives.