It’s a simple, Shazam-like trick. Cartoon Network has come up with a gaming app, Cartoon Network Arcade, that gives kids rewards in mobile games if they watch the networks cartoons on TV.

If a kid opens the app while watching a TV show, the sound technology will recognize the show and give credit to player for engaging with Cartoon Network’s various brands. This arcade will have 15 games, said Chris Waldron, vice president of digital products and games at Cartoon Network, in an interview with GamesBeat.

“The concept is the app is our active counterpart to the passive act of watching the shows,” he said. “It’s a way for us to allow the audience to engage with the brand and play.”

The games are “hypercasual,” or lightweight titles that are instantly playable and have addictive core gameplay, Waldron said. They’re combined with collection mechanics, giving users the reward of a new character if they watch a TV show.

The Lego Group is one of the brands that is collaborating in some of the games, as a launch sponsor. The games include titles based on the Lego, Ninjago, and Lego City brands. 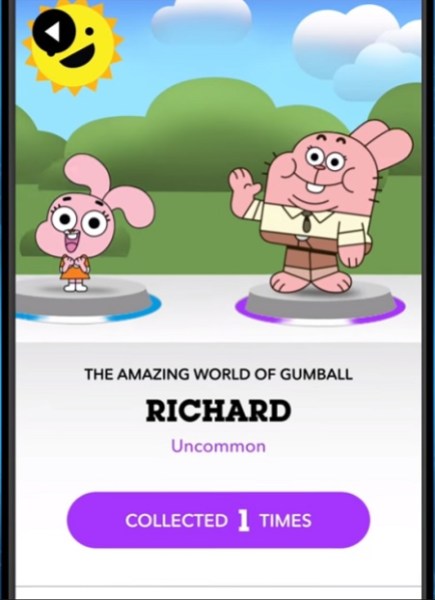 Beginning Monday, March 11, Cartoon Network Arcade will be free to download in the United States via the App Store and Google Play.

Cartoon Network Arcade extends gameplay into an active viewing experience for fans. While watching favorite Cartoon Network shows, fans can also collect a growing assortment of digital figures. Using ACR technology, the app recognizes the episode and lets players discover one of a number of characters from TV shows including Adventure Time and Teen Titans Go!.

The tech came from the show Mighty Magiswords, where kids could collect items while watching the show, just as the characters in the show collected rare swords in the TV episodes. If you watched, you were gifted a virtual sword.

“It worked like Shazam would,” Waldron said. “That made kids light up like it was magical. We decided to expand on that behavior. We didn’t want to divert your attention away from the main screen to a second screen.”

Additionally, Cartoon Network Arcade will provide opportunities for fans to participate in special immersive activities based around different shows, quest for unique figure collections tied to on-air events and even vote for which games or figures they want to see next. The app promises to be the best means for fans to discover and connect to all things Cartoon Network. All current shows and some recent shows in the library will be available.

“The app can expand quickly to allow us to do all kinds of different stunts,” Waldron said. “It’s pulled together under this big collecting game we are building. Collecting is the backbone of the entire experience.”

The games are a mix of in-house and externally built titles. The games offered will include such titles as:

Cartoon Network is Turner’s global entertainment brand and the No. 1 animation network in the U.S., offering hits as Ben 10, Craig of the Creek, Steven Universe, The Powerpuff Girls, and We Bare Bears. It is seen in 192 countries and over 400 million homes.