Carvana paid $6.7 million in cash, according to an SEC filing, while also issuing shares with an aggregate value of $15.2 million, based on the previous two months’ average trading price. This puts the total acquisition price at around $22 million. The acquisition closed on April 12, 2018, according to the filing.

Founded in 2013, Phoenix-based Carvana serves as an online platform for buying and selling cars. While the company delivers cars to buyers across the U.S., it hit the headlines back in 2013 when it opened its first used-car “vending machine” in Atlanta for customers to collect cars they had purchased online. The company has since opened a number of similar facilities across the U.S. 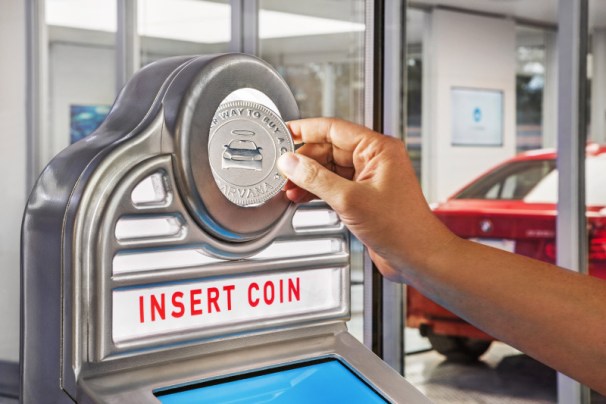 After raising $300 million in investors’ cash, Carvana went public on the New York Stock Exchange (NYSE) last year, and it is currently trading at nearly double its $15 IPO price.

Car360 was initially founded out of Atlanta in 2012 as a panoramic video app called Cycloramic and drew interest from Mark Cuban, who invested in the company after its appearance on Shark Tank. The company pivoted in 2015 to become Car360 — with a focus on “augmented vehicle imagery” — and went on to raise around $4 million from backers that included BIP Capital and Mark Cuban’s Radical Investments.

In a nutshell, Car360’s technology makes it easier to capture immersive, interactive imagery of vehicles using any mobile device, building a 3D model of both the inside and outside of the car to help with the marketing process.

It’s worth noting here that Carvana already uses an in-house 360-degree photo system to help market vehicles, but what the Car360 acquisition does is transport the concept onto mobile devices for anyone to use, while also opening up a more interactive and immersive experience.

“Carvana and Car360 both believe in the power of putting amazing technology in the hands of the customer so they can make one of the largest purchase decisions of their life with transparency and confidence,” said Carvana founder and CEO Ernie Garcia. “Bringing the Car360 team into the fold, we add even more entrepreneurial strength in computer vision, AR, and app-based photo capture. This technology unlocks a number of exciting capabilities that will further our mission to change the way people buy cars.”