To be precise, engagement has seen $340 million in investment in the past year: 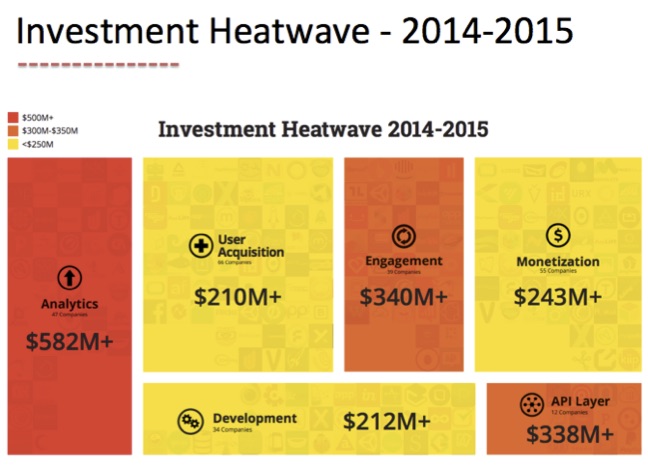 (And that’s actually under-reported, since we’re adding about 100 companies to the mobile success landscape in the next week.)

Mobile engagement or marketing automation is the technology that gives you a much deeper relationship with the people who are using your mobile app. It’s like app analytics in a way, but real-time, focused on people, not just events, and allows you to reach out and communicate in push and in-app messages.

We’ve studied this space, highlighting the 20-25 key players, but have recently discovered another five to ten that we’re considering adding.

Leanplum says it’s using the cash — a series B led by Kleiner Perkins — to “fuel growth.” That’s often code for “our platform is full-featured and successful, our business metrics are good, and now we’re going to double down on customer acquisition.” Kahuna, which hired a CMO a few months ago, has now added a head of finance who was a founding employee of Cisco Capital, a VP of sales who led sales organizations at Yammer and Salesforce, an HR VP who led Zendesk through a massive hiring phase, and more. 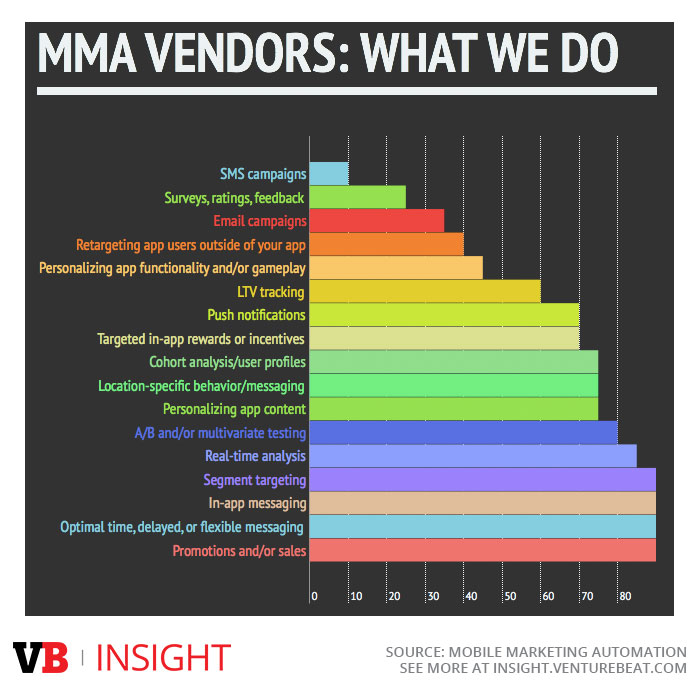 That almost looks like IPO preparation, but Kahuna is fairly young and has only raised $13 million in three rounds to date, so that’s probably at least a couple years in the future.

“Each member of our executive team is a CEO in his or her own right and could be just that at another top company,” says Kahuna CEO Adam Marchick. “Instead, we are banding together to build something bigger – a company poised to challenge the status quo in the marketing tech ecosystem.”

Leanplum is using its new bank account to increase its growth rate as well … and boost product development.

“We are also announcing a powerful new capability, the Lifecycle Engine – a campaign planning tool that enables marketers to easily build hyper-personalized campaigns on a visual timeline,” CEO Momchil Kyurkchiev told me via email.

With investment and growth comes pressure for exits and consolidation. That’s something we’ll likely see more of in the coming year.