Digital health company Castlight Health is well-funded, well-hyped, and it has reportedly filed confidential papers for a public offering.

All eyes are on what could be a $2 billion IPO, according to Fortune.  One Forbes contributor claimed that it will earn the digital health sector some much-needed “respect” on Wall Street. But can the San Francisco-based Castlight, which aspires to bring transparency to health care costs, live up to the hype?

Castlight was cofounded in 2008 by some of the biggest names in health-tech, including Todd Park (the current CTO of the United States), prominent investor Bryan Roberts, and current chief executive Giovanni Colella. Park hasn’t been involved in the day-to-day operations for years, but Roberts works closely with the company as the chairman of the board of directors. 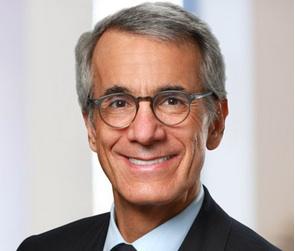 The story goes that Colella got the idea after he sold his previous startup, RelayHealth, to McKesson Corp. in 2006 for an undisclosed sum.

“We get a bill six months after we go to see a doctor, and usually there’s a surprise. I started thinking, this is just crazy. This would be unacceptable in any other industry,” Colella told the Wall Street Journal, shortly after Castlight was named one of the “Top 50 Venture-Funded Companies” (it fell out of the top 50 in 2012, after the WSJ claimed that investors had soured on healthcare).

In a recent email exchange, Roberts wrote to me that the company has stayed true to its initial intention to build a web-based product for employers, which employees could use to make more informed health care choices.

“I think we are entering a time of huge opportunity here — a confluence of dramatically increased information and changing incentives in healthcare that will reshape this industry and create an actual market for goods and services,” Roberts wrote.

2013 proved to be a record year for Castlight, putting the company in a strong position for a public markets debut.

Last year, Castlight closed a massive $100 million in funding, prompting Colella to hint at an impending IPO. The company announced some big-name customers in a variety of industries, including Indiana University, Honeywell, Life Technologies, Phillip Services Corp., and Whitcraft Group. The company also moved into a larger office space in downtown San Francisco to make room for new engineering, sales and marketing hires. And in November of 2013, the company appointed former Greylock investor Michele Law as its new chief revenue officer to oversee sales and strategy.

By all accounts, the company is well-liked by its target market of self-insured employers. Castlight helps them create an online (and mobile-accessible) space where each employee can shop for health care based on price, quality, and how much of their ­deductible has already been spent.

I haven’t seen the S-1 filing, so it’s not clear whether the company’s revenues are consistent. But there are good signs. In a phone interview, Owen Tripp, chief executive of Grand Rounds Health, said he’s confident that Castlight’s business model is strong. “Their revenue is good, the office is filled with Type A people recruited from Google [and consulting firms like] Bain and McKinsey, and they are building a neat product,” he said.

The company will also benefit from a plethora of recent successes in health IT. Veeva, a company that builds cloud software for the life sciences industry, was relatively unknown until it rocked the industry with one of the most successful IPOs of 2013. With just $4 million in funding, Veeva was able to reach profitability in just three years. Meanwhile, BenefitFocus and Care.com have also recently experienced strong public offerings, which whetted investors’ appetites for health care.

“There are lots of these businesses waiting to be built as the healthcare industry migrates towards the cloud,” said Malay Gandhi, chief strategy officer at digital health accelerator Rock Health. “Regardless of Castlight Health’s ultimate IPO outcome, it is just one of many positive signals for digital health overall.”

The industry perspective: Is this the next Zynga?

Castlight certainly has its fans in the digital health sector — but it also has its skeptics.

The industry isn’t wholly convinced that the Castlight IPO will be a roaring success. One anonymous source told me that it’s likely to be the next “Zynga of digital health:” lots of hype, plenty of funding but a “flimsy product-market fit.”

Another health-tech expert, who also requested anonymity to conserve the relationship with Castlight, said it’s common knowledge that the company has burned bridges with insurers — never a smart move in the U.S. health care industry.

“Major health insurers have cut them out, making distribution very challenging, even with their huge enterprise sales force,” the source said. This source recalls that Castlight had initially intended to bypass insurers and work directly with customers, who were more willing to hand over data about their health plans. That early strategy has soured the company’s relationships with insurers.

Grand Rounds’ Tripp believes that Castlight is now working more closely with insurers. He makes a useful comparison to the relationship between services like Lyft and Uber and traditional taxi companies. Insurers, like taxi companies, are threatened by newcomers. “The self-insured employers have a right to this data,” said Tripp. “Now the insurance companies are saying, ‘holy crap, if these guys have visibility into pricing and can control the movement of people in health care, that’s a real risk’.”

“Frankly, the insurers are trying to figure out what they’ll mean in the marketplace in the next ten years [and] it’s not just about providing insurance,” Tripp added. For this reason, UnitedHealth, an insurer, recently launched a cost transparency tool for its members along with an appointment booking system — in some ways echoing what Castlight was doing all along.

Both Castlight — and the insurers — are under pressure to branch out and offer a host of health services. Tripp predicts that as a public company, Castlight will delve increasingly delve into new areas of digital health, such as telemedicine. If the company can diversify its product offering (and we may know more about its plans after reviewing the S-1), it will be poised for long-term success.

According to Rock Health, January represented the largest month on record for venture funding in digital health. Investors poured a massive $390 million into the space.

February is already off to a good start, with reports circulating about the secret Castlight IPO.

“Castlight is definitely driving renewed investor interest in health tech. We’ve received several new investor inquiries in the days since their announcement,” said Jeff Tangney, chief executive of Doximity, a startup that aims to become the LinkedIn for physicians.

This year, Rock Health’s Gandhi is optimistic that larger companies, like Apple and Google will show a keen interest in digital health, and potentially make a number of acquisitions, as the sector heats up.

“Along with the exits are massive market opportunities resulting from the Affordable Care Act, rapid innovation in wearables and biosensing, and the big data exhaust emerging from the rapidly falling cost of [genome] sequencing, to name a few,” Gandhi said.

Castlight is unlikely to be the only high-profile digital health IPO in the coming months. Practice Fusion and ZocDoc are both strong candidates to go public next (and may be under intense pressure to do so from investors), given that they’re raised a massive $155 million and $99 million respectively. “We think this [Practice Fusion] is the most viable health tech company for the IPO market, and we’re starting to eye it and prepare for it,” said Practice Fusion chief executive Ryan Howard in a recent interview with VentureBeat.

This succession of IPOs would serve to make 2014 a record year for digital health.

Fortune reports that Goldman Sachs has been tapped to lead the offering. Morgan Stanley is expected to serve as an underwriter. Castlight has not responded to press requests for more information about its IPO. We’ll update you as soon as we learn more.