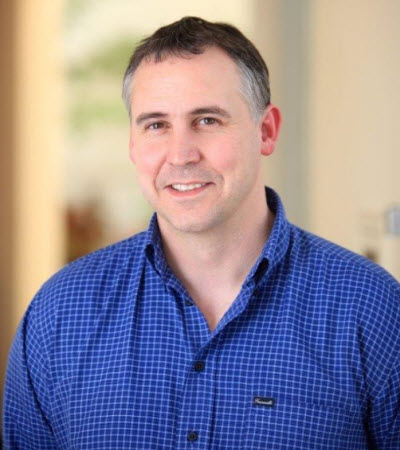 CCP Games has operated the sci-fi massively multiplayer online game Eve Online since 2003. Hilmar Veigar Pétursson, chief executive of CCP, said in an interview that the game has been profitable since 2004 and it has grown its user base every year. Right now, it has 350,000 subscribers, up 10 times since 2004. Those players have shown great allegiance to the title, where they can fly starships around a galaxy, mine resources and build things from them, and fight against players in other alliances. Players are devoted to the hardcore game in part because it has a robust economy for players to buy and sell objects in the virtual world.

Reid (pictured) said in an interview that he is excited about CCP’s opportunity to greatly expand its universe of players with Dust 514, which is a first-person shooter game on the PlayStation 3 that takes place on a planet within the Eve Online universe. What makes it interesting is that Eve Online players can battle above the planet with their starships and make a difference in the battle on the ground. Likewise, the players on the ground in the first-person shooter game can influence what happens up in space with Eve Online. As such, it’s a unique opportunity for groundbreaking cross-platform game play and marketing, Reid said.

Not only is Dust 514 an interesting marketing challenge, it’s also a big technological challenge, Pétursson said. The company has had to more than double its computing power to accommodate a single game environment and backend that is shared by both games. On top of that, CCP Games has to synchronize game play across the PlayStation 3 and PC game platforms.

Reid will also drive the marketing strategy for World of Darkness, an upcoming MMO with a vampire and werewolf theme. That game is in pre-production now.

CCP just recently launched Crucible, the latest free expansion for Eve Online, and it also has a private alpha test going for Dust 514. Reid will be based in the San Francisco Bay Area and report to Pétursson. Reid will run marketing activities such as branding, corporate communications, PR, advertising, social media and customer acquisition.

Most recently, Reid helped launch Rift, the fantasy MMO from Trion Worlds. He managed a team of 50 people and helped get Rift to more than 1 million paid activations in just a few months. He orchestrated the Rift ad campaign, which used the tagline “We’re not in Azeroth Anymore,” a reference to the chief rival World of Warcraft.

Pétursson said, “We’re very happy to have David joining us. We are innovating in this space and have been looking for the right people to help us expand. David is a great evangelist.”

Reid acknowledged that Trion Worlds was an interesting company to work at, but he said he felt that the job at CCP was a once-in-a-lifetime opportunity.

“We had a great launch with Rift and I have nothing bad to say about it,” Reid said. “But I have kept my eye on CCP for a very long time.”

“The success of CCP has been astonishing year after year,” Reid said. “The company has staggering potential, with Dust 514 coming and World of Darkness aiming for a broader audience. CCP is doing something that is very unique among the MMOs. ”

“As we enter one of the most important years in CCP’s history, we’ll rely heavily on David to help us bring our revolutionary gaming experiences to even more players, on more platforms, around the world,” said Petursson.

Reid said he would ramp up efforts to get Dust 514 in the hands of the press and will start publicizing the game through a variety of means.