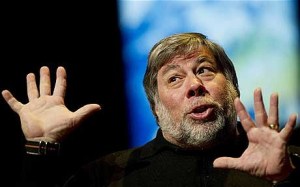 We are thrilled to announce that VentureBeat will be kicking off 2012 by co-hosting a special event in San Francisco on January 5, focused ostensibly on disruption in the enterprise. But one of the real reasons we’re doing this is to throw a massive holiday party.

Among other things, we’ll feature an on-stage demonstration by Steve Wozniak, co-founder of Apple and currently chief scientist at Fusion-io, which is helping underwrite this event. We’ll follow that up with a blowout party: It’s basically a New Year’s party and open to anyone in the tech community of entrepreneurs, developers, press and investors.

The evening, called “DEMO Enterprise — An Evening of innovation,” is another way we’re extending the activities of DEMO, the big launchpad event that we co-produce twice a year.

We’re also giving six student-led startups the opportunity to present their ideas in front of a multitude of the best venture capitalists, as well as key members of the media.

As of today, applications are being accepted from student-run companies, with a product focused on the enterprise, to partake in this event. If you’re interested, submit your company information here. The deadline for applications is December 23, 2011.

The event will feature discussions from some of the industry’s top innovators, offering insight into the future. The evening is definitely going to be one to remember. 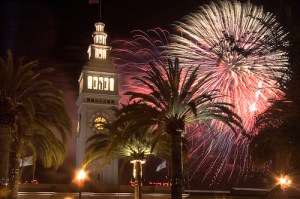 For more information about the invitation-only launch event or the DEMO Innovation Party, open to DEMO alumni, the development community, press and VCs, check out the website.

The Fusion-io, DEMO and VentureBeat teams looks forward to kicking off the New Year at what will truly be a memorable event!