Anybody who’s anybody in the community of trendy Bay Area developers is talking about Docker containers, that technology for packaging up applications and easily moving them from one server environment to another. But using Docker isn’t always easy. Which is why almost a year ago Lucas Carlson started working on a piece of technology that would solve that problem.

Today, Carlson and his team at CenturyLink Labs — where he ended up last year after telecom and cloud provider CenturyLink bought Carlson’s platform-as-a-service (PaaS) startup, AppFog — are releasing their invention, Panamax, under an open-source license.

Now, people who want to associate elements of an application can simply push a few buttons on Panamax’s user interface, save their templates, and then use those templates to move everything from one cloud to another, all while letting other people use the templates. No tinkering at the command line is necessary.

By making Docker containers more accessible, Panamax could help Docker containers become more popular, as a supplement to or even a replacement of virtual machines — slices of physical servers, basically — that have been popular for the past 15 years or so.

“I think hopefully we’re creating something that will revolutionize how we think of cloud,” Carlson said.

In a sense, Carlson set out to do that by creating AppFog in 2010 — which, like other PaaS startups, abstracted away the nitty-gritty infrastructure details of a cloud, allowing developers to put together applications like magic. But PaaS has not always proven to be a lucrative market, at least by itself. 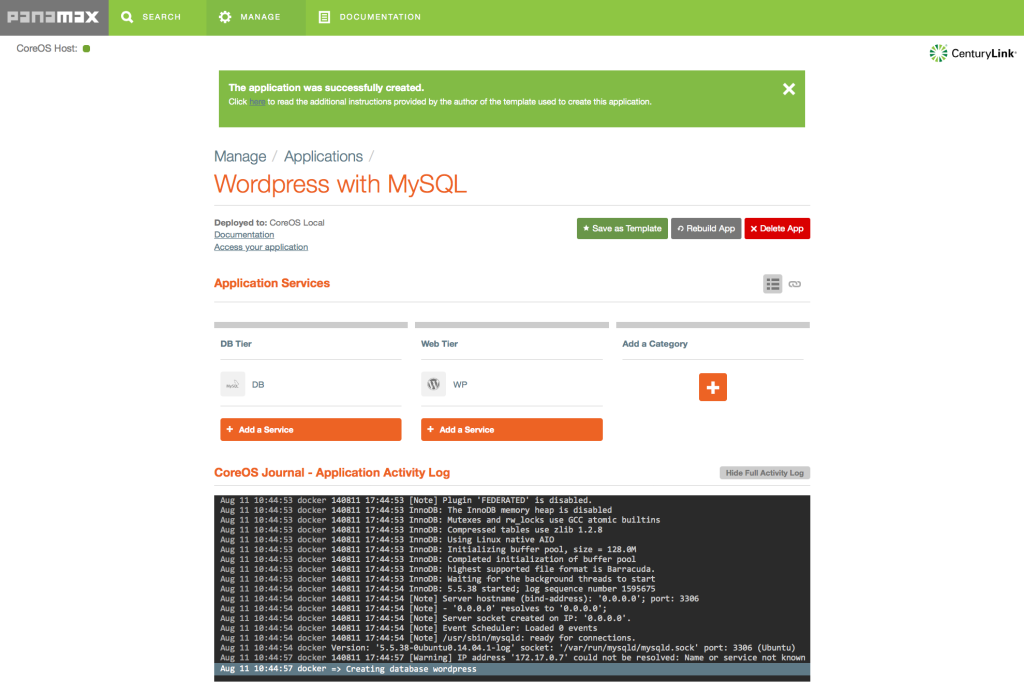 And Panamax, in case you’re wondering, is not a PaaS. It’s not something to build and run apps on, even if does help developers do those things. And in some ways, it goes beyond some of the restrictions of a PaaS.

“In PaaS, you’d have to wait for the PaaS to support Elasticsearch [the open-source search tool],” Carlson said. With Panamax, if it’s on the Docker Hub [Docker’s repository of application components], you can add it to your application.”

And anyway, Docker is much  more than a mere tool for building applications. Its containers can make it possible to more easily transport applications among multiple clouds. Lately, several smart infrastructure thinkers have been putting their minds toward helping more people use this unit of computing at scale, and that’s where Carlson fits in.

The thing is, as more people jump on the Docker development bandwagon, technologies proliferate.

“Etcd, Fleet, Systemd, Consul — every one of these is changing technology, and the list keeps growing,” Carlson said. “What’s best practice today is different from yesterday. Most developers are just trying to get their head around Docker alone.”