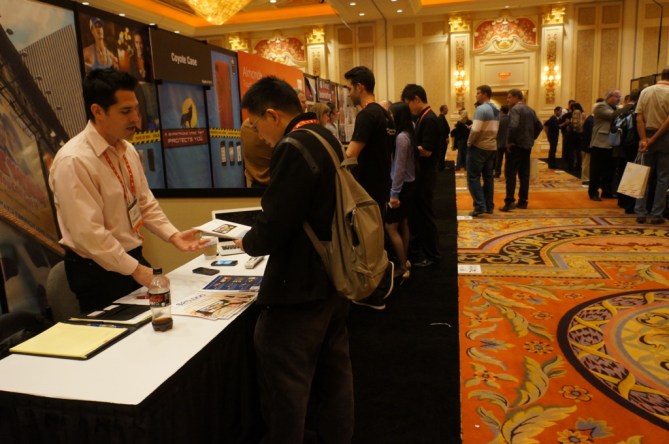 Plenty of startups made a splash at CES 2013, signaling the start of a new era.

They weren’t all killer ideas, but the ever-growing presence of consumer tech startups foretells the new shape of CES — and perhaps even the gadget world in general. Major tech companies may not have had many big announcements, but these emerging companies are where the future lies.

For the most part, I found the ideas from startups to be far more intriguing than those from big firms. These aren’t companies that are trying to maintain any sort of corporate status quo, so they’re free to innovate and experiment as necessary. And with the rise of Kickstarter and other crowdfunding sources, they’re even less beholden to investors and traditional business paths. This leads to some pretty cool stuff. 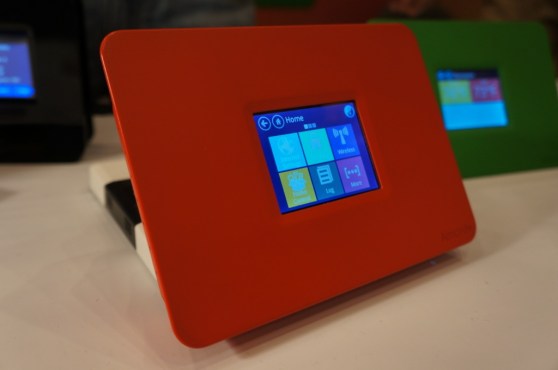 Almond+: A touchscreen router with fast wireless and home automation

Who needs a touchscreen on their router? Actually, everyone (except maybe geeks). Instead of dealing with clunky router configuration screens, Securifi’s Almond routers let you deal with the entire setup process right on the router. Its original router has been a hot seller on Amazon since it debuted six months ago, but that’s not stopping it from raising the bar yet again with the Almond+.

The new router supports the 802.11AC wireless standard, which offers theoretical speeds of more than 1.1 gigabits, as well as gigabit ethernet. That’s about three times the wireless speed of the old Almond router. The Almond+ also offers more than double the range of its predecessor, and it also supports home automation standards Z-wave and Zigbee.

Securifi is going to launch a Kickstarter campaign for the Almond+ soon, and it intends to sell the router for around $99. Considering that a good 802.11N router costs around $150, I have a feeling that the company has another potential hit with the Almond+. 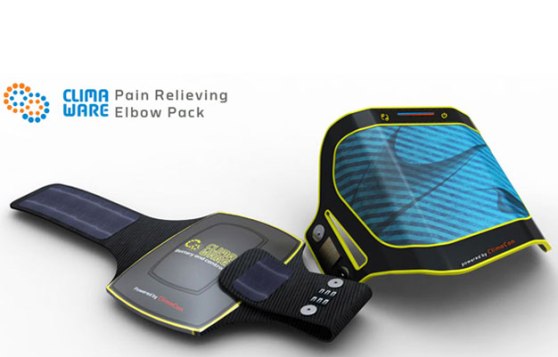 Seemingly going against several laws of physics*, Dhama Innovations has developed technology that can instantly offer icing and heating therapy in a variety of wearable wraps. In a brief demonstration at its Eureka Park booth, I felt one of Dhama’s wraps go from freezing cold to incredibly hot within seconds. Dhama says that it’s the first to develop instant cooling, and consequently, it’s the only company offering instant hot/cold therapy.

Founder Kranthi Kiran Vistakula developed the technology while at MIT, and MIT’s Technology Review named him as the Innovator of the Year in 2010 by  (among many other awards he has earned).

Dhama offers a knee, back, universal, and migraine wraps from between $142 and $188. The wraps are light, between .3 and 1 pound, and their batteries offer up to four hours of runtime.

For athletes, or anyone suffering from chronic body aches, Dhama’s technology could be incredibly useful. 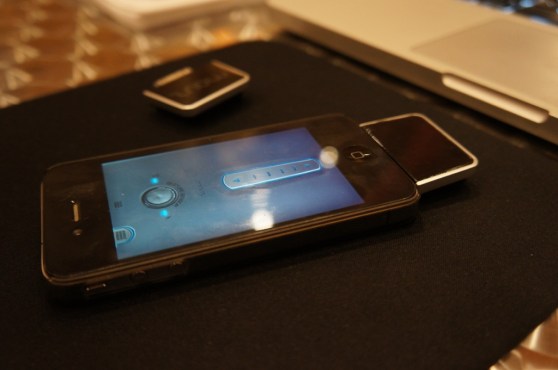 Mauz: Use your iPhone as a wireless gesture mouse

What if you could use all of the great motion sensors in your iPhone to replace your mouse? The folks at Spicebox have developed Mauz, a tiny device that plugs into the bottom of your iPhone that turns motion gestures into typical mousing tasks. But it also uses your iPhone’s front camera for Minority Report-esque visual gestures.

Spicebox launched a Kickstarter campaign for the Mauz on Jan. 7, and it’s already reached more than $8,000 of its $150,000 goal. Check out a short demo below. 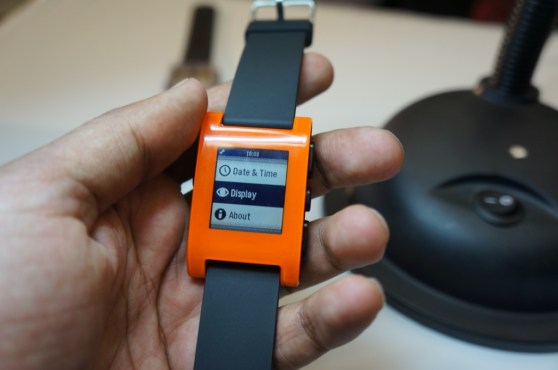 Pebble’s already received a ton of buzz over its wildly successful Kickstarter campaign, in which it raised more than $10 million from almost 69,000 backers. But it chose to debut the final version of its smartwatch, which connects to your smartphone wirelessly to show you messages, calendar notifications, and control music, at CES. Pebble was likely hoping to target the attention of the gadget hounds that roam the show, but it also faced the danger of being overshadowed by a ton of other tech news. 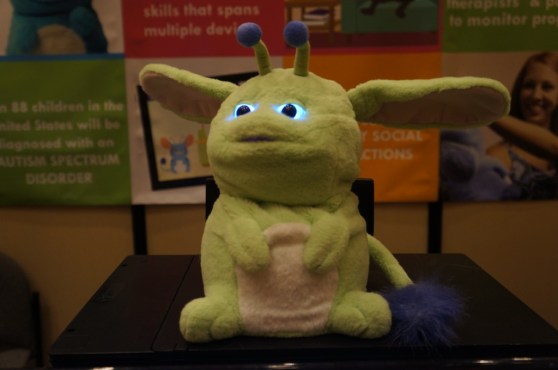 Popchillas World: Autism therapy with games and a robot

It may look like a Furby, but Popchillas World from Interbots is trying to do much more. It has developed an iPad app, as well as a companion stuffed robot, to help autistic kids learn social skills and daily routines. It covers basic tasks like brushing your teeth or complex scenarios like managing emotions. Interbots head of software David Culyba pointed out that autistic kids tend to interact well with touchscreens and robots, so Popchillas World has a shot at being a big help to their parents. 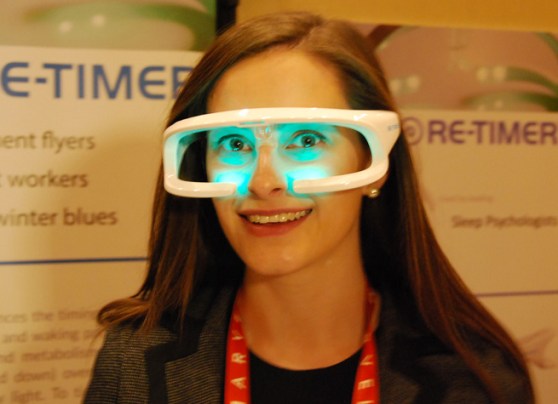 Re-Timer: Goofy glasses that can solve your sleep problems

VentureBeat’s Sean Ludwig fell for these trippy glasses from Re-Timer, which use green lights to help your body reconfigure your sleep patterns.

“You’re training your body to a different rhythm,” Re-Timer operating manager Claire Hoban told us. “The green light activates the photoreceptors in your eyes and makes you more alert.”

The glasses are based on more than years of scientific research, and Hoban noted that they also helped her deal with jet lag when travelling to CES from Australia. The Re-Timer glasses cost $274 and are available online.

Zboard: The electric skateboard rolls on

We were big fans of Zboard’s weight-sensing electric skateboard back at DEMO Spring last year, and it ended up making waves at CES as well. Zboard won the top prize from Showstoppers and Launch.it’s CES startup competition, beating out several strong Eureka Park contenders (including Dhama Innovations and Liquipel).

So far, Intuitive Motion has sold hundreds of Zboards, founder Ben Forman said during the competition. It offers two models: The Zboard Classic for $649, which has around 5 miles of range and a top speed of 15 miles per hour; and the Zboard Pro for $949. The Pro version uses lithium ion batteries, so it’s lighter and offers double the range.