VentureBeat: I went to the RISC-V summit yesterday, the open source semiconductor conference. They brought up the fact that they were moving their nonprofit’s headquarters to Switzerland. They wanted to be perceived by the world as country-neutral, which was interesting. They said they’re getting a lot of attention because of the ongoing controversies around Arm and whether its technology is U.S.-based or U.K.-based, and whether they should be blocked from selling chip architectures to Huawei in China. It raises a geopolitical issue around where companies are based and what counts as a territorial technology.

Chupka: With CES, one of the things that plays out is the fact that it’s a global show. We’re based in the United States, but companies come to meet their global business partners. Almost a third of our audience comes from outside the U.S. It’s an interesting theme. We also see many more government officials coming from outside the U.S. Some of our policy tracks, we actually feature government officials and ministers from other countries. They can talk about different perspectives and things that people are doing abroad. 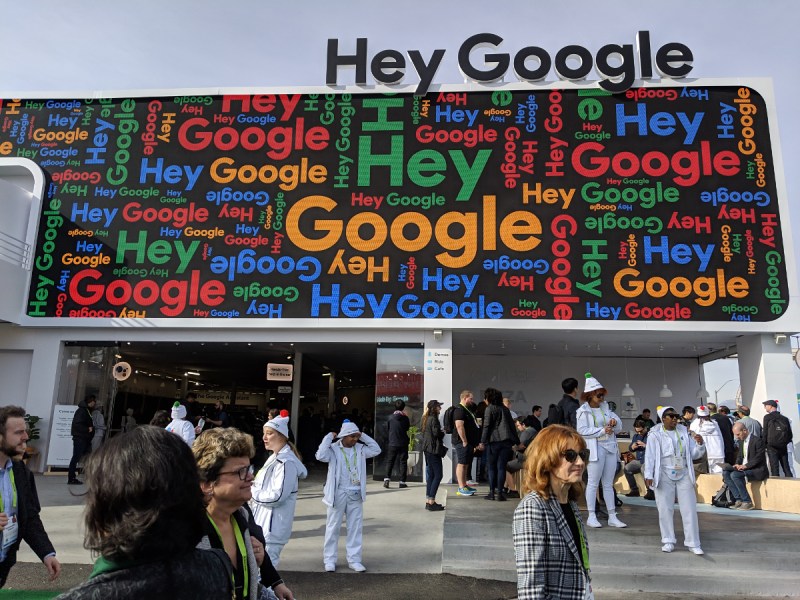 Above: Google Assistant space at CES 2019

VentureBeat: Is there anything significantly different that consumers and showgoers might notice?

Chupka: One thing we’re doing this year, more of a demonstration, in limited locations we’ll have the ability for people to pick up their badge using facial recognition. It’s a way people can experiment with the technology. If it works well, it’ll get people through badge pickup a bit quicker. It’s on an opt-in basis. We want to showcase how technology can change and improve the experience.

The other big thing you’re going to see is the new West Hall convention center expansion. The building itself, externally, is pretty close to getting chopped off. We’ll be the first show in there in 2021. That’ll be very visible when you’re at the Las Vegas Convention Center this year. They were just starting with holes and steel in the ground last year at this time. That’s moved along pretty quickly.

Our app will be coming out in the next day or two. That’s always a good tool for people to use. One of the things I’m not sure everyone recognizes is that there are turn-by-turn directions you can use. It can help you get from point to point if you’re not familiar with where you’re trying to go when you’re finding people and moving around.

VentureBeat: I was looking around the schedule for things that might be missing. I didn’t see a Samsung press event on Monday anymore.

Chupka: Yes, because they’re keynoting. They realized that trying to do two things back to back within about four hours of each other just didn’t make a lot of sense. They decided to hold everything and do it at the keynote.

VentureBeat: I also didn’t see an Nvidia press event, which is another usual one.

Chupka: That I’m not sure about. We can check and see if there’s anything — sometimes they’ve done theirs off-site, after hours. I’m not sure if I’ve seen anything on that.

VentureBeat: Going back a bit, I did like the theme of non-tech companies and how they’re using technology. Carnival was one of my favorite presentations at a CES. Is Delta Airlines following the same kind of theme there? In general, I was wondering about the keynotes and how you curated them. What kinds of themes are there to see?

Chupka: We have a pretty good lineup. Delta will be talking a lot about the experience of how they’re using technology to change the travel experience for customers, and to tie more loyalty to customers in a way. Some of that also plays out with what they’re doing with technology on their aircraft.

A couple of other keynotes that seem unique to me this year — we have two content companies, in a way. We have Quibi, with Meg Whitman and Jeffrey Katzenberg, and then Linda Yaccarino with NBCUniversal as part of our keynoters. We have Daimler, which we’ve already announced, and we still have one more that we haven’t announced. We’re trying to get final approvals on that. It’s across the board. We mentioned Samsung already, as well. There are a couple of really strong companies.

From my perspective, it does look like we have more on the streaming side this year than we have had in the past. That’s extending to the kind of companies we have participating in C Space, the Pandoras and Hulus, Amazon and all the players in the content world.

VentureBeat: Is anyone like Verizon going to offer 5G for attendees?

Chupka: Right now, the convention center is trying to get 5G antennas up and running at the show, so that if any of the companies want to demonstrate and use it, they’ll be able to do that. It’s just that they’re putting it in right now. They haven’t had full opportunities to test everything. The trade show environment is different in that we take a building and add more walls to it, more barriers. We’re probably a bit soon for what they’re going to be doing. But I know that if companies are interested, the provider — it’s Cox over there — is trying to help them and work with them. 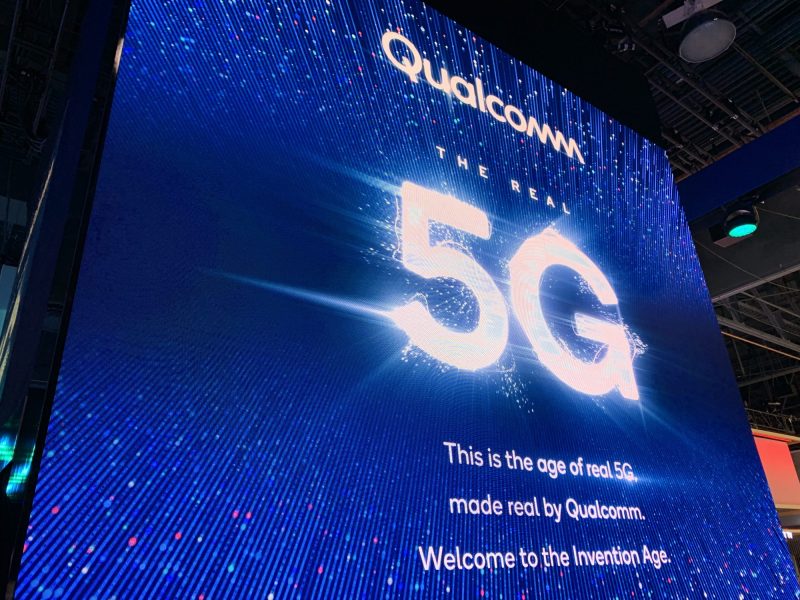 VentureBeat: Heart rate technology is getting very interesting, with so many mobile devices and watches and so on.

Chupka: It is, absolutely. I can’t remember if it was this year or last year, when we saw that doctors could now get reimbursed for prescribing patients electronic devices to monitor their health. That’s pushed some of the development in the health side of things.

VentureBeat: Is blockchain showing up on the radar in some way, in panels or on the show floor?

VentureBeat: It doesn’t necessarily consume a lot of show floor.

Chupka: Yeah, but it’s definitely being used as a tool by more companies. That’s where people will be talking about it, within their booths. We’ll probably see the same with data. Data is driving so much more now, especially as devices are connecting more and more. The theme of data across the show floor is another one that’s touching on multiple categories.

VentureBeat: The diversity front, how is that developing? I remember the run-in with the sex toy company and how that sparked a lot of conversation. What were some of the outcomes there?

Chupka: For 2020 CES, we did include sex toys as part of the health and wellness category. Right now, we have about 10 companies exhibiting in the health and wellness area. With regards to diversity, we have a couple of different things happening. We’ve named Shelley Zalis and the Female Quotient and her lounge as our official equality partner. What that means is we’re making some of Shelley’s programming that she does part of our official programming. She’s also coming and participating in some of our sessions and panels.

More importantly, we’ve also created an Innovation for All track, where we’ll be highlighting some of the different diverse groups doing things in technology to help along those lines. CTA announced a $10 million investment fund for startups by underrepresented entrepreneurs. We’ve issued money to about four of those now. We’ve also put together a scholarship program for, again, underrepresented entrepreneurs, and they’ll be showcasing at Eureka Park. There will be about 10 companies there working with groups who’ve identified entrepreneurs across different categories that help represent more diversity.

The way we’re trying to tackle it, we’re talking about it a bit in our programs, but we’re also trying to invest in funds that are helping fund companies, and ultimately working with groups to bring entrepreneurs to the show so they can get better exposure and potentially continue to grow along the path of becoming the next big company.

VentureBeat: Are there any things I haven’t asked about that you’d like to highlight?

Chupka: We’ll be detailing this a bit more as part of our opening keynote, but we’re working with the World Bank on a program that’s going to kick off in 2020. We’re going to have a challenge whereby we’ll be looking for specific solutions that they could bring in countries where they’re working to help scale up and use technology to solve some problems. That’s something new that we’ll talk about at the show itself. We’re looking at how technology can play a role in helping society with issues and challenges, to improve lives and in some instances even save lives.