CES 2021 will go all-digital this year since its organizers feel that’s the only way they can protect attendees during the pandemic.

The Consumer Technology Association (CTA) stages the biggest technology trade show of the year, drawing around 180,000 people to Las Vegas each January. But there will be no physical event in 2021, said CTA CEO Gary Shapiro in an interview with VentureBeat. That’s going to be a severe blow to tech marketers who rely on CES to showcase upcoming products at an event that draws tons of press, tech enthusiasts, and buyers.

The digital show’s new format will still enable exhibitors, attendees, the press, and tech leaders to engage with each other through online talks and virtual meetings, Shapiro said. The CTA — whose members employ more than 18 million people — made the decision after consulting with more than 10,000 attendees and other stakeholders in recent weeks and finding that a large number of people didn’t want to attend. Shapiro said he talked to scores of CEOs and everyone understood the challenge of the pandemic.

“As every month went by, it was our hope that somehow this would resolve by January,” Shapiro said. “But the assumption is there will not be a vaccine that will be widely available and considered safe by January. At our board meeting, the issue was, ‘What is the right thing to do?’ We are making a decision based on the right thing to do, not on the best financial thing for us to do.”

Shapiro noted that his wife, who works as a doctor in a hospital, had COVID-19, though he himself hasn’t had it. He said he understood how serious the situation is in the U.S., where more than 4.4 million have been infected and over 150,000 have died.

“We realized with no vaccine it’s just not possible to have a physical CES,” he said. “Our event has been primarily an indoor event. If it were a financial decision, we would go forward. [But this decision] gives exhibitors and attendees the opportunity to make their own plans and reimagine the event and their digital presence.” 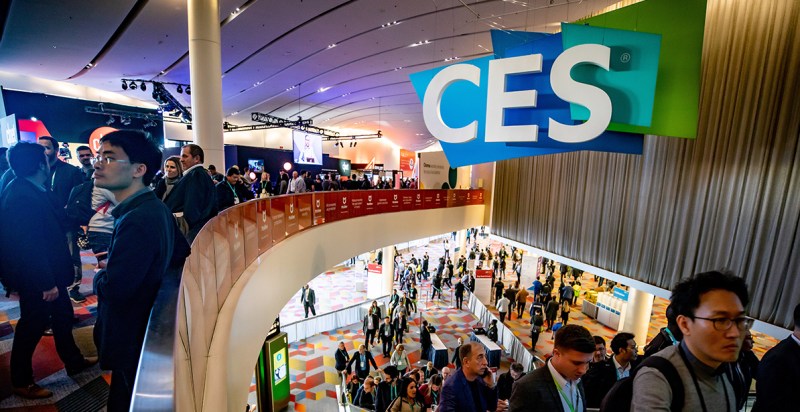 He said the CTA didn’t want to be responsible for spreading the pandemic further, even though it had thousands of exhibitors already signed up and a likely crowd of tens of thousands of people.

“We were getting increasingly uncomfortable as time went on and things didn’t get better,” he said.

The CTA also thought it should pivot early. Shapiro noted that Google just announced it would have employees work from home until the summer of 2021. The resurgence of the virus this summer is forcing companies and the association to be more cautious and accept the fact that it won’t be safe to gather for a while. 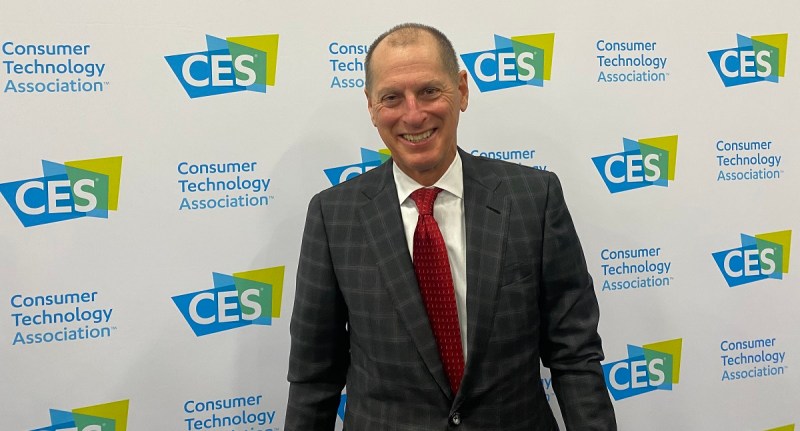 Above: Gary Shapiro, CEO of the Consumer Technology Association, at CES 2020.

The digital show will still feature important keynote speakers, and you’ll be able to watch them from the comfort and safety of your home or office. That’s a big shift, as the show has never been online-only in its more than 50 years of operation. The event will take place during the first week of January 2021, and CES 2022 will be a hybrid physical and digital event.

“In 2022, our plan is to have a hybrid event in Las Vegas and a super-enhanced digital event based on our learnings from 2021,” Shapiro said.

He said the team spent a lot of time looking at protective measures, such as disinfectants, mask requirements, testing, and  physical barriers. But he noted that there’s a shortage of testing kits as more companies prepare to bring workers back to work. The team started working aggressively on a digital expansion in March, but the decision to cancel the physical element took longer.

(VentureBeat is a media partner for CES, and I advised CES to cancel the physical event.)

“We are pretty excited about the possibilities of the digital event,” Shapiro said. “It allows everyone to attend, and there is so much going on in our industry with 5G, AI, self-driving cars, drones, and health tech.”

Meanwhile, the CTA said on Monday that it had convened a number of tech and health companies to launch the Public Health Tech Initiative, aimed at developing technologies to deal with future pandemics.

“We’ve had a lot of successes in health care technology,” Shapiro said. “This one is focused on how we could plan for the next global health crisis after this pandemic.”

Some people have wondered on social media whether CES 2020 was responsible for spreading COVID-19 in the U.S., considering it brought together more than 182,000 people from all over the world. But Shapiro doubts that was the case. His organization looked into it and found that the earliest confirmed case in Las Vegas itself was in March, long after CES.

“That certainly was something that concerned us because no one wants to be associated with that type of spreading,” he said.

As for the impact of the decision on partners and the city of Las Vegas, Shapiro said, “We’re heartbroken.” He acknowledged how many vendors rely on meetings and conventions for revenue, not to mention the airlines and the hotels.

“It’s meaningful to the people involved. It obviously has an impact,” Shapiro said.

Shapiro didn’t say whether the CTA anticipated any contract problems with the city or vendors. But he noted that most contracts have “force majeure” clauses that allow contracts to be broken due to extraordinary events like a pandemic. During the next week or so, he said the CTA would have follow-up conversations. But the bottom line is clear.

“In this case, it’s just not possible to have a safe event,” he said.