Gary Shapiro is CEO of the Consumer Technology Association, the trade group that puts on tech’s biggest trade show: CES. Another big show is coming in a couple of weeks, and for the third time Shapiro is showing up with a new book, this one dubbed Ninja Future: Secrets to Success in the New World of Innovation.

Running the CTA and CES gives Shapiro a unique perch. This year, the trade show will cover more than 2.8 million square feet of exhibit space, a new record for CES. Total attendance is expected to reach over 180,000, compared to the audited number of 182,198 in 2018. International attendance will be more than 60,000, compared to 63,784 last year. There will be more than 25 marketplaces, covering everything from robotics to drones. The number of exhibitors is expected to be over 4,500, and the number of startups in the Eureka Park section of the show is expected to top 1,100. All of which is to say it should be a good year.

Shapiro’s view of the tech landscape inspired him to write about how companies need to move fast, spot trends, embrace diversity, and deal with rapid changes and disruptions. He teamed up with CTA communications director to write a guide to help executives and government leaders navigate the future. The book outlines strategies for success and gave us a jumping off point for talking about technology, CES, and our own personal interests in what the future will bring. 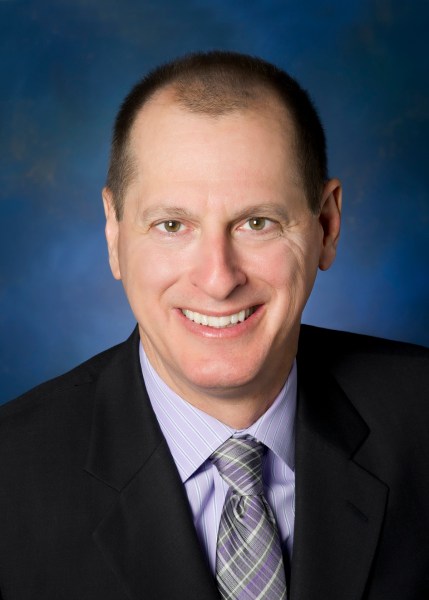 Above: Gary Shapiro, CEO of the Consumer Technology Association, has written three books on the tech landscape.

VentureBeat: It looks like the observations in your book are gathered by having that perch on the whole industry at CES. How many books is this for you now?

Gary Shapiro: This is my third. It’s the second in the Ninja series. The last Ninja book did so well that the publisher wanted another one. The last book was focused more on what I learned from successful businesspeople. This is more about technology and the future and where things are going. It does, as you’ve seen, contain a lot of personal stories, but it also focuses on areas of likely and certain technology, like AI, robots, health care, AR/VR, blockchain, and self-driving. It’s aimed at people who want to understand where technology is going so they can do better, whether it’s people in government, in companies, or just starting businesses to live their lives.

For someone like you who already knows about all this stuff, a couple of chapters are going to be like, “Well, so what?” But as you go further into the book there’s more personal thoughts, and what government should be doing. Because of who we are and what we do, globally and in the U.S., we’re often in a position of critiquing and helping governments and saying, “If you want to be innovative, this is what you have to do.”

VentureBeat: Did you find this was easier for you to do in some ways, or harder than the other books?

Shapiro: If you get to the very end, I tell the truth about Rachel Horn [CTA communications director]. She’s the one who came to me and said, “You’ve written all these op-eds. There’s a book here.” I said, “I have a thousand ideas, but I don’t have a book idea.” She said, “Let me put something together based on what you’ve written and organize it.” She created the first draft, if you want to know the truth. But then there’s a lot of stuff we supplemented with, personal stories and so on.

There’s stuff that’s been published as articles in there, which we have permission to do, and then a lot that was added, personal stories and wrapping. Numerous people put their hands on it. In the policy world I probably let in a few too many people, because it got more idealistic than I wanted it to. 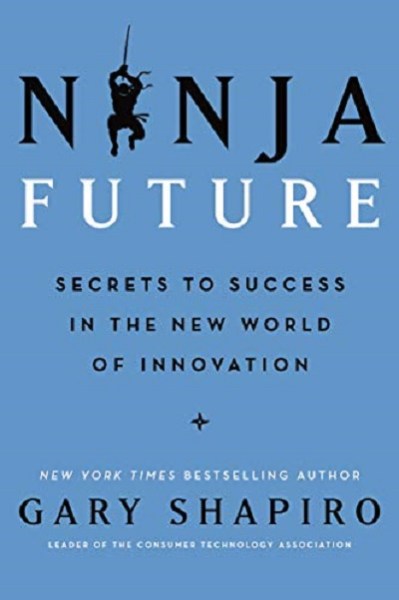 Above: The Ninja Future is about moving fast in an innovative world.

VentureBeat: It’s a broad survey of where things are. I think that’s always helpful, to have those sweeping views.

Shapiro: When I wrote my second book, I found out that a lot of people who waited in line for an autograph, they’d read the first book and they talked about how it influenced their lives. They went to school or quit their job or did all this stuff. That encouraged me to write the third book. I’d learned that it really affected people. What I look forward to at CES, when I do the first signings, is hearing from people about how the second book affected to them. I talk in a lot of places around the world, so it’s nice to have a book. Rachel also convinced me that we have to go to Davos, so we’re going to Davos.

VentureBeat: I like how, early on, there’s something on the aging population. My own mother is 85, and she has severe dementia. There’s no technology out there created for these people. Even modern phones–we all think they’re easy to use, but she has a terrible time trying to make a phone call to me now.

Shapiro: My grandmother had [Alzheimers] for 13 years before she passed away. Honestly, by the end it was a relief. I’ve had memory issues my whole life, and I’ve dealt with that. But if you haven’t checked out how music can impact people–you don’t really know that someone has Alzheimer’s until they die and then they can look at the brain. But it doesn’t really matter, whether it’s severe dementia or Alzheimer’s. But with Alzheimer’s, at least, if you play them music, you’ll be shocked.

That’s one of the most important things in the book, to me. If you can help anyone do that, it changes their life. If you watch the documentary, “Alive Inside,” it’s really helpful. It matters. Honestly, there are some provinces and states that are now paying for iPods to be loaded up with music. There’s only one drug, and it barely does anything. It’s expensive as can be. I’m hoping there can be some breakthroughs with Alzheimer’s. It’s a very cruel disease. It’s a cause a lot of us adopted here. Our CFO and COO is on the board of one of the Alzheimer’s groups. I’ve been supporting a different one. But there’s nothing–there’s no real breakthroughs at this point.

In terms of technology–I make this a personal cause. Facial recognition, to me, is not only good for preventing crime, as is done in London. I know there are privacy implications. But for people like me–the reason I’m in the trade show world, honestly, is you have to wear a badge. I can tell who you are by looking at you. I also have a lot of insecurity in that area, to be honest.