LAS VEGAS — Saying that health and fitness wearables and apps are big at the 2015 International CES is sounding like a bit of an understatement. A huge part of the Sands Expo center floor is entirely dedicated to the technology. Contrast that with just a few years ago, when the health wearables section could have fit inside a large suite in Bally’s, as Fitbit CEO James Park pointed out.

I got to spend an hour cruising the floor here, and found that much of it looks like a gymnasium. There are people everywhere wearing workout gear, sweating it out on treadmills and bikes in many of the large booths. The booth babes of yesteryear have become fitness babes in yoga pants.

“There is no other platform which combines video, computer vision and biometric sensing into one package for health,” said Fitnet founder Bob Summers. The company had some of its fitness gurus on hand to demonstrate the company’s personal training app, which provides pre-fixed workouts and video coaching from real fitness trainers. 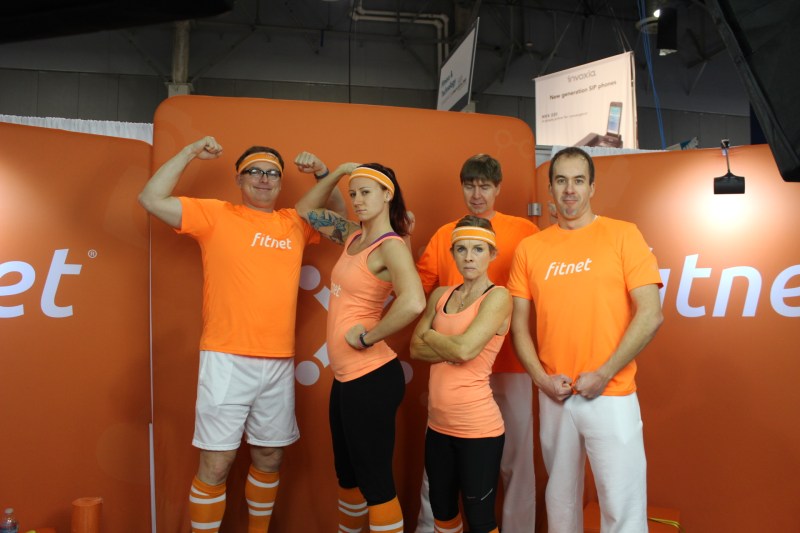 Stand-out product: The people from SmartMat were here showing off their $297 intelligent yoga mat (on pre-order now). A number of sensors in the mat detect the user’s position and offers advice on how to do poses correctly. It also detects biometrics data and displays it all on a tablet, which fits into the mat in front of the user. 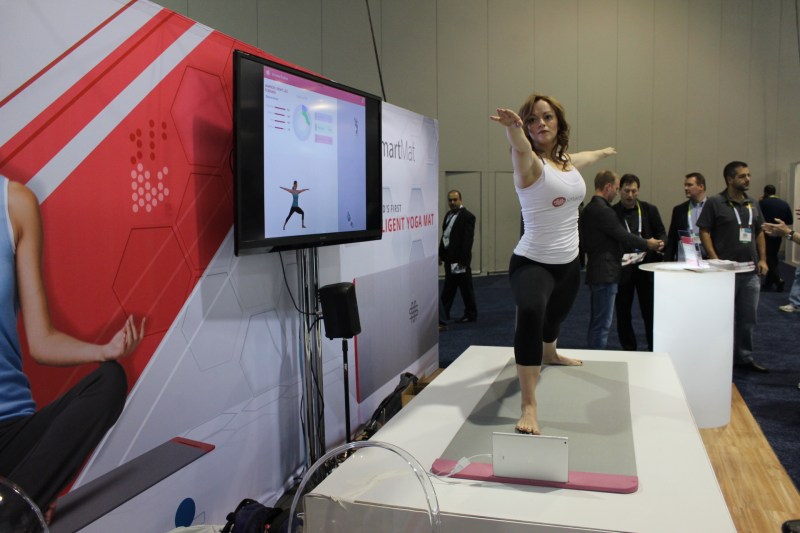 IFit is here hyping its fitness apps, gym equipment software, and wearables. The company has a huge booth here, complete with attractive fitness models who are constantly exercising while a pitch man roams about. The booth is drawing huge crowds. Some of the people even leave with a vague memory of the products on display. 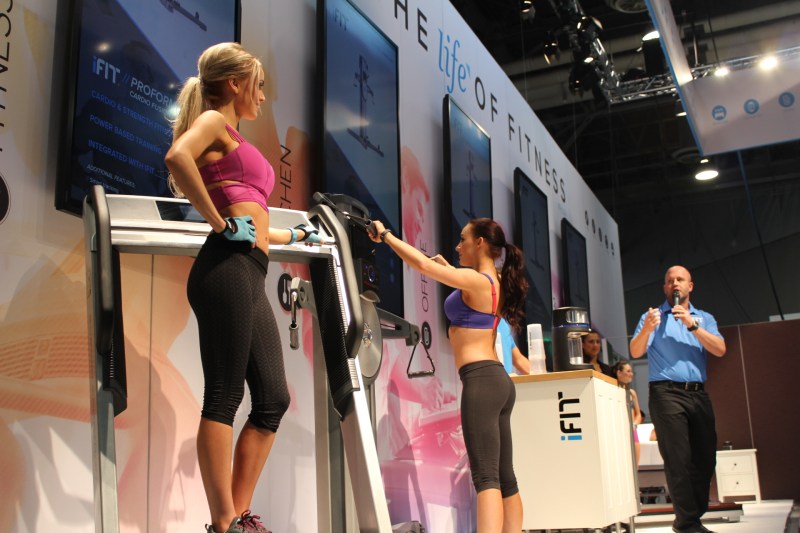 The workout gear company Under Armour has a number of fitness trainers on hand to talk about a new fitness app that collects data about the user and then provides personalized workout coaching. The company’s existing Record app is built on top of the MapMyFitness platform and will soon integrate with Apple HealthKit. Under Armour bought MapMyFitness in 2013. 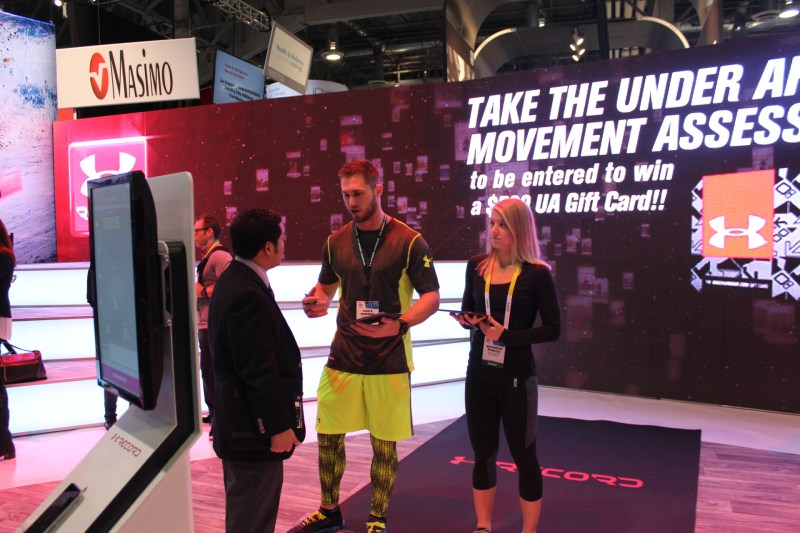 Polar announced a new fitness watch called the A300 here at CES yesterday. The watch, like all of Polar’s fitness wearables, does not have its own heart rate monitor, but rather connects wirelessly to a chest strap. Polar believes this is the only reliable way to get accurate heartbeat and calorie burn data. 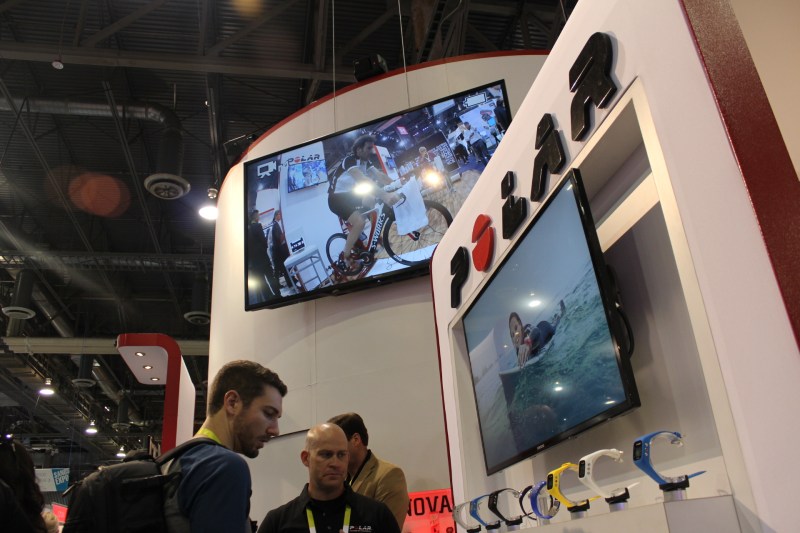 Polar’s V800 was telling the fitness expert I spoke to (Bryant) that he needs to get out of the booth and run some laps. 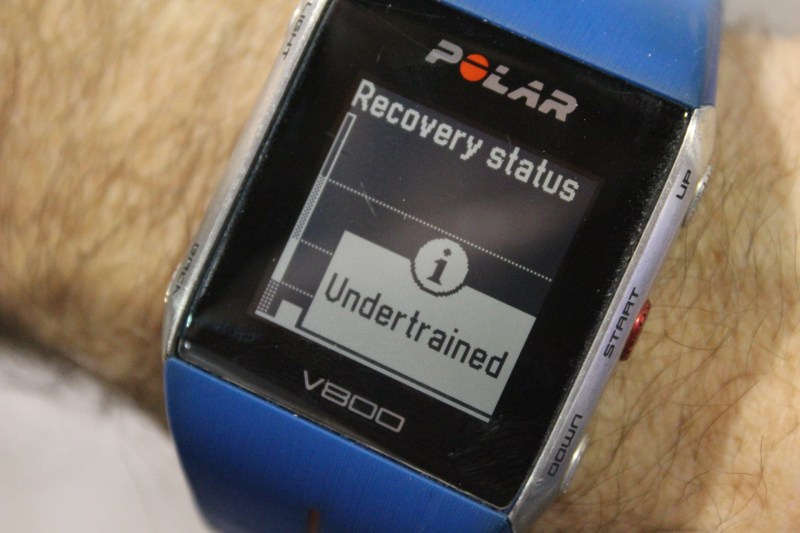 Arizona State student Melanie was logging some treadmill time at the Fitbit booth. She was wearing the new Charge HR wearable and monitoring her heart rate on a connected iPad in front of her. 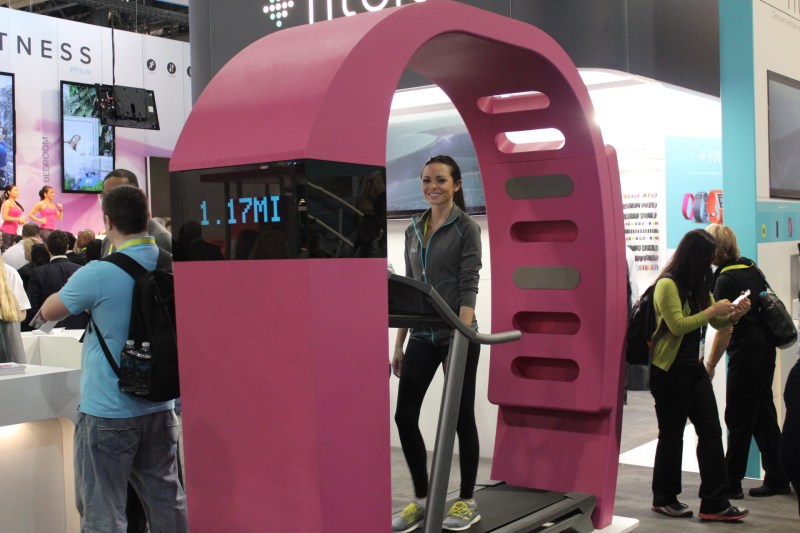 We sat down for a quick chat with Park, who said he’s never seen so many fitness tech and wearables companies at CES before.

Park said people who select wearables sold in big outlets like Walmart have already identified the top five or six fitness wearables players, and new players will have to spend lots of marketing dollars to be taken seriously. He added that Fitbit is still top dog in the space, with roughly 60 percent marketshare. 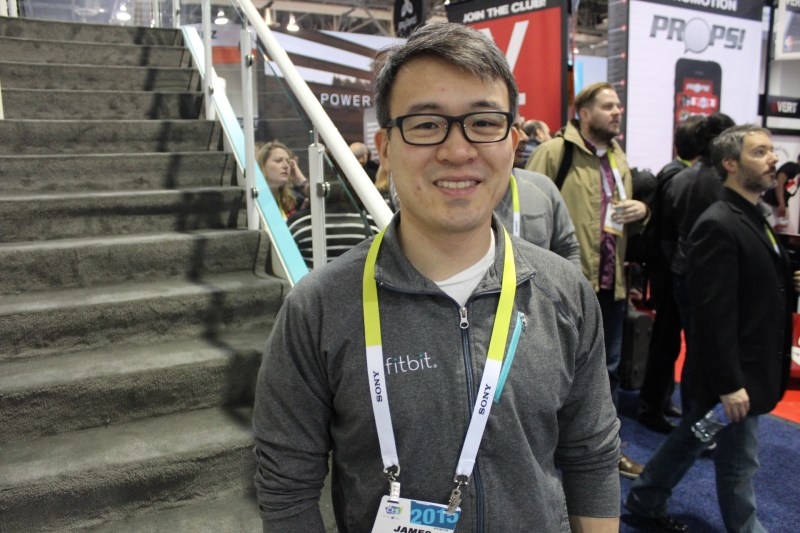 Misfit is here with its Flash wearable, as well as Shine, its new wearable wrapped in jewelry from the luxury brand Swarovsky. An intriguing sideline is a new smart lightbulb called Bolt.

Misfit CEO Sonny Vu said his company plans to do at least four new product announcements in 2015, and some of them will be in partnership with well-known fashion and consumer products brands. More to come on that, Vu said. 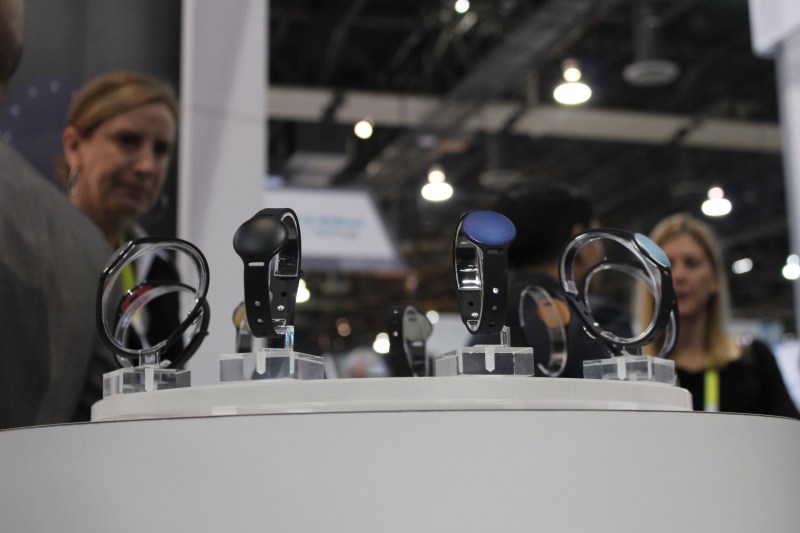 After we left the Misfit booth, we saw this mildly creepy robot from the Korean company FutureRobot. 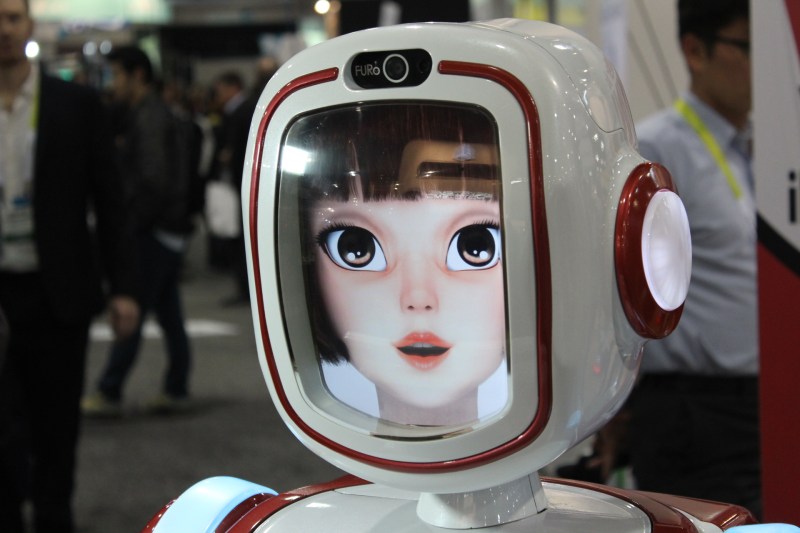 And finally, not all the companies on the floor here are thinking about health and fitness. After our tour of the many fitness wearables, apps, and other health devices, we stopped into the Smiss booth to try out some electronic cigarettes. I didn’t see any of the models from the iFit booth there. 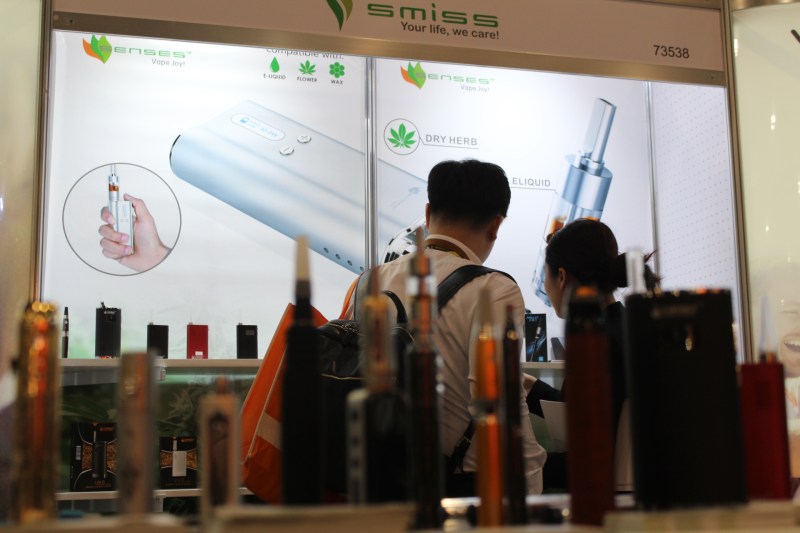