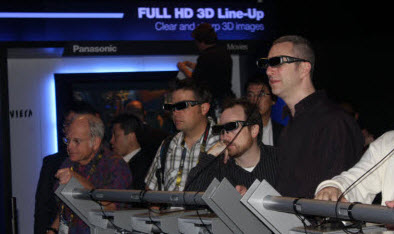 After getting pummeled by the recession the last couple of years, the Consumer Electronics Show coming in January looks like it’s going to be bigger and better again.

The biggest U.S. tech trade show (officially called the 2011 International CES) is an over-the-top extravaganza that is expected to draw more than 126,000 attendees and command more exhibit space compared to last year, said Jason Oxman, senior vice president at the Consumer Electronics Association, which stages the show. The return to growth will be welcome, since CES is a barometer for the health of the tech economy and is the place where companies display their gadgets and services for the upcoming year.

In an interview, Oxman said, “Based on our best estimate, [the show] will have more square footage, and attendance will be equal or slightly higher than where we were last year.” 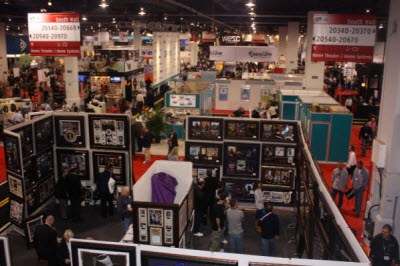 “As a bellwether, CES is a strong indicator for the tech industry’s fortunes for the year,” Oxman said. “The strength and strong buzz about innovation at this show will bode well for the industry.”

This year, companies have shifted their buying patterns to wait longer before they book the space. Usually, the biggest exhibitors book their space for the next year just after one show ends. That means late bookings are up, with bookings from July through November beating sales records. Overall, there will be 2,500 exhibitors this year, including a number of new ones. Some of the more prominent ones include General Electric, Audi, Kenmore and Nike. The big selling point of CES is that attendees stage a dozen meetings on average at the show, eliminating the need for travel later in the year.

As for trends, Oxman said that broadband communications will be a big deal as wireless providers begin to launch their 4G high-speed mobile networks. A new category of connected home appliances — such as smart grid power usage monitors — will be on the show floor. There are special areas dedicated to tablet computers and eBook readers — with more square footage dedicated to those categories this year, Oxman said.

Connected TVs will likely dominate the cornucopia of new TVs at the show. This year, more of those TVs will debut with apps built into them so they can replicate the smartphone experience in the living room. 3D TVs will continue to evolve and make a splash at the event. Motion-control systems such as Microsoft’s Kinect for the Xbox 360 video game console are also expected to be popular. The sustainable planet section of the show is expanding, as is the space for in-vehicle entertainment. All of the major smartphone vendors are exhibiting. Mohammed Awad, a product manager for Broadcom, expects near-field communications to have a lot of buzz. 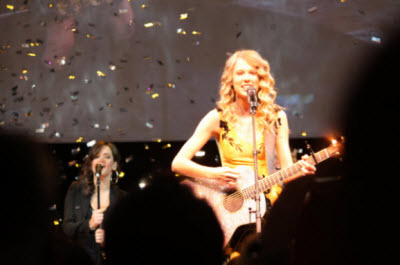 Overall, the CEA expects the U.S. consumer electronics industry’s sales to grow 3 percent in 2010. It will update its forecast for 2011 at the show.

As for issues, Oxman said that the association wants the Obama administration to negotiate more international trade agreements, which often have a direct bearing on sales. That’s important since 95 percent of tech gadget consumers are outside the U.S. now. Of the show’s expected 126,000 attendees, roughly 25,000 will like come from outside the U.S. Those attendees are important because they are often tech buyers.

Another big issue is the allocation of wireless spectrum. Mobile broadband usage is starting to hit its limits. The CEA wants to shift allocation of spectrum away from the underused over-the-air TV to mobile phone applications. That kind of change requires congressional action. The CEA also wants government officials to review tax policy and to focus on spurring the economy. 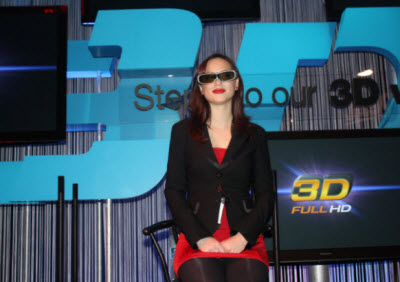 Oxman said that attendees so far are saying that they are pleased by the hotel deals they’re getting. In the past two years, Las Vegas has added 10,000 hotel rooms, helping to ease the crunch that happens every year with CES. A few years ago, attendees complained they were getting gouged by the hotels. Among the celebrities expected to show for the many events and parties: Earth Wind & Fire. Keynote speakers include Microsoft chief executive Steve Ballmer, who kicks off the official show on the evening of January 5. Others include Ivan Seidenberg, CEO of Verizon; Rupert Stadler, chairman of Audi; Boo-Keun Yoon, head of displays at Samsung; and Alan Mulally, CEO of Ford.