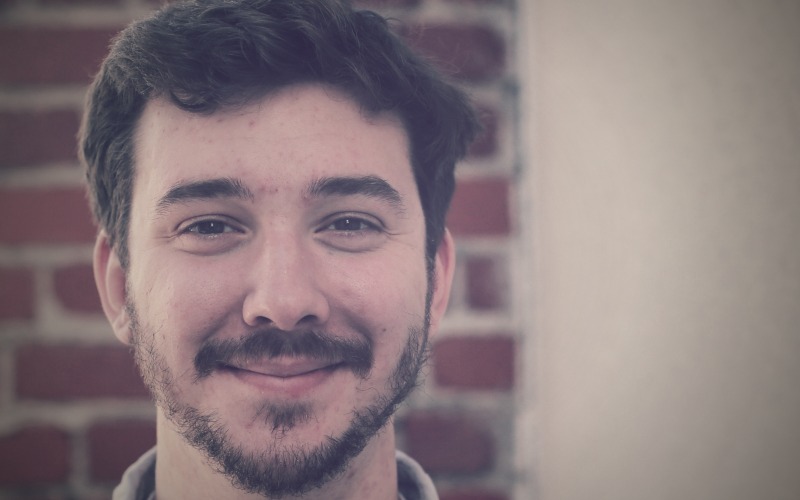 Cheddar, a cult classic among hackers and Mac die-hards, is up for sale.

The elegant app is a simple task manager, but it really took off because of creator (and former Hipstamatic and Scribd engineer) Sam Soffes’ code.

Cheddar has been an open-source project for five months or so; the codebase got rave reviews from the critical developer and startup communities.

“This is the best ‘learn by doing’ iOS example around to date,” wrote one commenter on Hacker News. On Twitter, early Gowalla manager Brian Bailey wrote, “What @samsoffes has built with @cheddar is amazing for a solo gig: website, iOS app, API, open source, blog, store. Many startups do less.”

Last month, Soffes shipped the Mac app for Cheddar; it quickly made the New and Noteworthy list.

And now, the whole kit and caboodle — API, web and native apps, acclaimed code base and documentation, and 33,000+ user community — is being sold, not necessarily to the highest bidder.

In an email chat with Soffes, VentureBeat discussed the app’s ideation and creation process, why Soffes is cutting it lose, and what he’s working on next.

VB: Cheddar’s kind of a cult app. With whom do you think it’s most popular, and why?

Sam Soffes: I’m not too sure. A lot of people seem to really like Cheddar all over the world. I hear over and over people love its simplicity, hash tags, or Markdown support. I think more than anything, it just works and stays out of your way. It’s been great to see that a lot of people appreciate this.

VB: What inspired you to build Cheddar in the first place? What was the process of building it like?

SS: After I left Hipstamatic, I decided I wanted to make something. Over a year ago, I had played with Cheddar a little on a flight and thought it would be fun to make it for real. I thought it would take three weeks tops to get a version out and start making money. Three months later, I shipped Cheddar on the web as well as a native iPhone and iPad app.

I figured it would be better to wait until mobile was ready and it was as polished as I could make it (within reason of course). It was never really designed to be what I spent five months (three to build, two more after) of my life on. It was more of a warm-up to make some money so I could start on some big ideas. It turns out shipping a product is a lot of work.

I’m really glad I did it though. I learned a lot about all of the non-technical stuff. I mean, look at Cheddar. It’s a to-do app. I wasn’t solving hard problems or changing the world. It’s a to-do list. All of the design, polish, and communication are what made it a good product. It turns out, I really like doing that stuff.

VB: When, if ever, did you stop actively developing and improving Cheddar?

SS: I worked on Cheddar full time from April 2012 to August 2012. In August I got a full time job and quit working on Cheddar for a bit. Since then I released a big update for Cheddar for iOS and released Cheddar for Mac. So I guess I haven’t really stopped working on it. It’s just more of an off-and-on kind of thing now.

VB: How would you compare the app to something like Asana?

SS: Cheddar is a lot different than other to-do apps in my mind. Its simplicity is what sets Cheddar apart. I love that it’s just text. No silly UI for setting due dates that you won’t hit or complex tag management. If you want a tag, just type a hashtag. I just built what I wanted, and people seemed to like the way I do things, too.

VB: So, the big question: Why sell it now?

SS: Cheddar has been a lot of fun. I’m honored that people were excited about something I made and want to use it on a daily basis. I don’t have the time to give it the love it deserves. I really want Cheddar to become something great. With my day job and all of the other craziness going on in my life right now, I simply don’t have the time to give Cheddar the love it deserves.

VB: What do you hope will happen to Cheddar after it’s bought? Would you ever sell it to a competing app, knowing it would be shuttered and users migrated?

I think the polish and details are what makes Cheddar great. It’s such a simple app, that is the only thing that sets it apart. –Sam Soffes

SS: I’d love to see someone buy Cheddar and continue where I left off. I have a big list of stuff I want to add to Cheddar. I’d love to pass this onto someone else ready to make it even better.

If someone wanted to buy it and migrate users to their service, I’d be a little sad to see Cheddar go. That said, if I felt that was what was best for my users, I’d consider it.

VB: I know you’re working hard at the ol’ day job, but do you have any other side projects you’re particularly excited about?

SS: Lately, I’ve been hacking on a Ruby gem for working with Sonos systems called sonos. It’s a lot of fun. I have some cool plans for it, but it’s just a fun little side project.

My fiancée and I have been making lamps out of neat bottles and putting them on Etsy, too. There is something to be said about making something with your hands instead of typing all day. I really enjoy the change.

Disclosure: Soffes is an iOS developer for Seesaw, the author’s husband’s company. Ms. O’Dell conducted this interview through the typical channels and would have done so without the connection, having been aware of Cheddar (and secretly pining for an Android Cheddar app) for some time.