Sheng Fu founded Cheetah Mobile in 2010, and it found a business making security apps such as Security Master for smartphones. Now it is a publicly traded company valued at $2.2 billion, with revenues of $707 million in 2016. It is targeted almost $800 million for 2017 revenues, after expanding into a variety of other areas, including utilities such as Clean Master for both smartphones and the PC.

I met with Fu when the company opened its Silicon Valley office in 2016, and we met once again at CES 2018, the big tech trade show in Las Vegas this week. He told me that the company will shift into the unknown landscape of products that makes use of artificial intelligence. And the Beijing company has already hired 200 engineers in China to expand its AI research.

“It’s not necessarily because our utility needs AI. It’s because our company needs AI,” Fu said. “In the past 10 to 20 years, the environment around us is changing faster and faster. We need to keep up.”

The company said its apps have been downloaded 4 billion times, and it has 580 million monthly active users. About 70 percent of the users are outside of China, making it one of the rare Chinese companies that has had success in international markets.

VentureBeat: Coming to CES seems like an unusual play for your company. Is there a reason why it’s important for you to be at this show?

Sheng Fu: The strategy for Cheetah Mobile for the next five to 10 years is to focus on AI and robotics. I wanted to look for potential competitors and partners in those areas. I want to see what’s going on in real time, in detail.

VB: What area of AI is most important to you, or most relevant to your existing business and future business?

VB: With your news reader, you could more intelligently supply articles to people. Is that one of the kinds of things you’re looking at?

Fu: Yes, that’s one example. We just formed a partnership with Bytedance, though, and sold News Republic to them. Now we’re focusing more closely on AI. 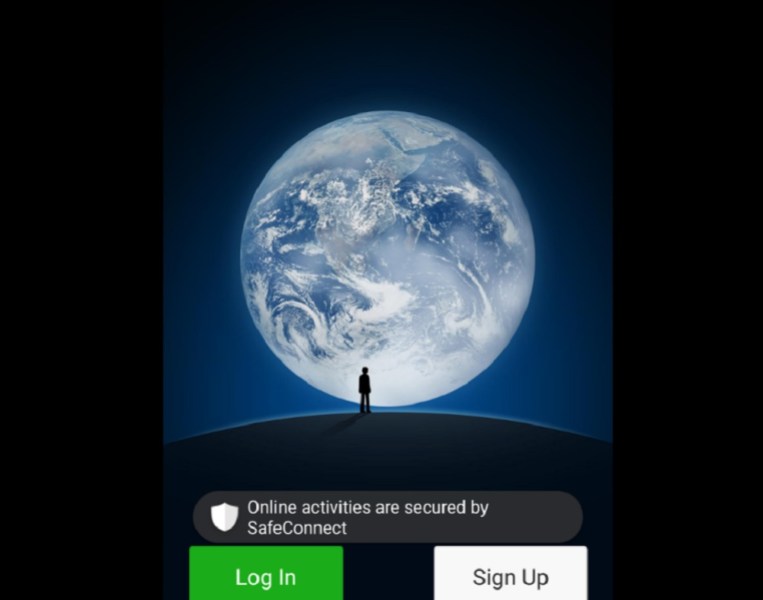 VB: Why does your business need it as much as any electronics business right now?

Fu: It’s not necessarily because our utility needs AI. It’s because our company needs AI. In the past 10 to 20 years, the environment around us is changing faster and faster. We need to keep up. We merged two companies to originally create Cheetah Mobile. One of them was an antivirus software maker, which was a top industry segment on the PC side 20 years ago, but now every OS provider or platform handles security themselves. All the client-side antivirus companies have been absorbed or moved on to other areas of enterprise software. If we want to focus on the consumer side, we must change ourselves quickly.

Our first step was moving from PC security to mobile utilities. The second step is going from those mobile utility apps to content apps. We see the step after that as focusing on AI. Even Google has launched their new AI-first strategy, integrating hardware and software. The way the situation is changing isn’t like before. 20 years ago, maybe Microsoft’s model was better than Apple’s, and so Microsoft the winner of that era, but now Apple is successful in this era.

Apple’s model is the best for this moment — building hardware and OS and content and retail all together. Xiaomi, in China, followed a similar model, and they’re going public this year at a very high valuation. Right now I don’t think a company can focus on a very specific, specialized field. Many companies have failed not because they didn’t focus, but because they focused too much, like Nokia or Kodak. As a high-tech company you shouldn’t necessarily think about what you are, but about where you want to be. You have to follow upcoming trends.

VB: Are you have success hiring the kind of AI engineers you need? I went to your grand opening in Silicon Valley, where you started up the lab there. Is that proving easy to do?

Fu: It’s not easy to hire enough AI talent. But I have a somewhat different view of AI. The algorithms of AI are very important, but companies like Google and Facebook — they’ve published their theses on AI and we’ve been able to follow those. Our strength isn’t in technical details as much as building the user experience around a product. We’re better at that than others. If we start with that algorithm, but focus on data and experience, we can gather more data than our competitors. We’re hiring extensively in Beijing as well. We have more than 200 people there working on AI, many of them with doctorates. 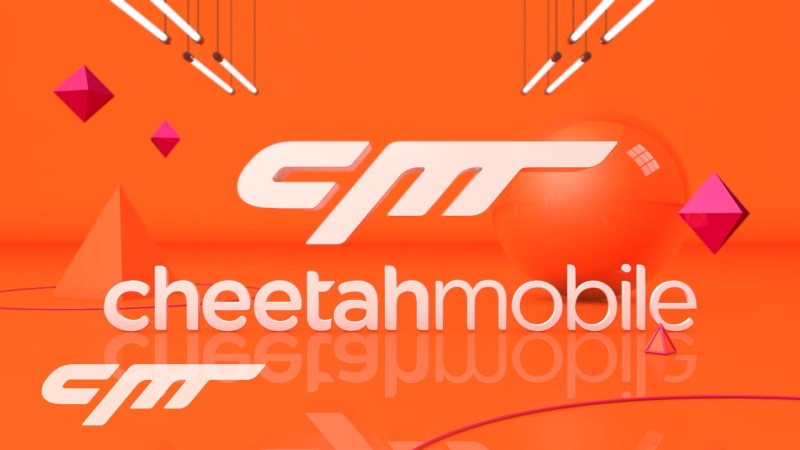 VB: Is it easier for you to hire in China than in Silicon Valley? I think Nvidia said last year that they were in touch with more than 1,400 AI startups. There’s a lot of companies out there, a lot of demand for talent.

Fu: Easier, maybe, but it’s still not easy in China. We’re a public company, though, which gives us more kinds of leverage. AI salaries are still doubling and tripling over the past year.

VB: Is it also harder because maybe — you know you need these people, but there’s still a process of learning exactly what you need them for.

Fu: Even the big search companies like Google and Baidu don’t know exactly where to direct their AI talent. They have their search technology, and AI can enhance search, but they don’t necessarily know how to turn that AI talent into products. It’s a big problem for the AI industry. We have a clear enough direction of where we want to go in AI. We don’t know exactly what we want to produce as a product, but we have a clear direction.

Robotics are a big part of it. Between declining population and rising affluence in many places, we see the market for robots growing. AI can bring them more depth and capability.

VB: Do you think AI winds up being good for people in general, then?

Fu: It’s like any machine, like cars. It can be helpful if it’s applied in the right way.

VB: Are you seeing anything here at CES that interests you, new products or announcements?

Fu: I haven’t had as much of a chance to look around as I’d like. Tomorrow the whole day will be dedicated to looking at exhibits.

VB: I saw one called Rotor, a Dutch startup. They have a video camera that’s always recording. It records 10 seconds at a time, constantly buffering those few seconds of video, and you hit a button when you want to save something that just happened.

Fu: In China we have something similar that you can put on your car, like a GoPro camera. If you see something surprising, or an accident, you can save the last half-minute or so.

VB: I wonder if AI could be able to assist with deciding what moments to save.

Fu: We might be able to build robots around that kind of function. If you have children, you could have it following them around full time and calling you if they fall. That wouldn’t be a very difficult problem as far as visual recognition.

VB: And then you also have the challenge of privacy.

Fu: Well, we wouldn’t connect something like that to the internet. Just you. 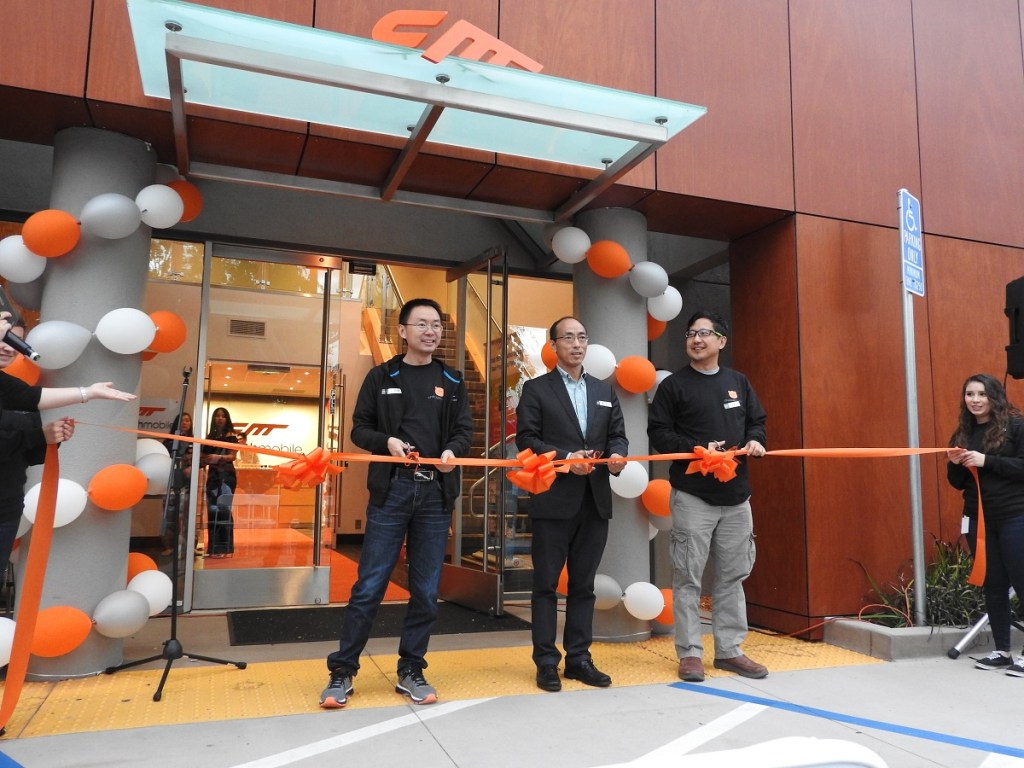 VB: So you’re thinking of consumer uses for AI and robotics?

Fu: Definitely. Another idea, think about a waiter, someone who’s standing and waiting for a guest who needs help. That’s another thing you could solve with a robot and with visual recognition. You could build a robot with AI that serves cocktails or makes coffee.

Jack Ma, the chairman of Alibaba, recently gave a talk in China arguing that in the future, machines will become human, but humans won’t necessarily become more like machines. When humans are having fun, we’ll actually be working. If labor is replaced by robots, humans can exist to be artistic and creative, and the standard of living will increase.

We’ve seen cycles like this before. When railways came along, when cars came along, people had similar worries. But we’ve seen that technology can make the world better.

VB: Do you think the popular view of AI in China is similar to what you see in the United States?

Fu: In China I think there’s more enthusiasm. AI startups in China can raise more money than in the U.S. There are a lot of equity funds built up and money specifically set aside for AI development. The government is also involved. At our annual meeting in China last October, AI and robotics were emphasized as an important strategic direction for China as a country. Technology advances may be stronger in the U.S., but China is faster in execution, and we’re gathering more data.