Beth Altringer‘s Chef League mobile game on iOS is sure to make your mouth water. It is a game that challenges players to come up with the right ingredients to make a particular problem dish taste better.

You can take up challenges and compete with other human players. To spice up a dull dish, you have to select an ingredient to make it better. The game’s artificial intelligence engine will determine who gets the right answer, and the winner gets to take the ingredients of the two other losers.

“It’s a multiplayer simulation game, where we’re simulating chef skills,” Altringer said in an interview with GamesBeat. “It occurred to me that my research was in effect building a backend for a simulation game that you could learn from.”

It’s a free-to-play game, but you have to acquire ingredients, either through play or by purchasing them. If you guess correctly that a burger with too much mayo could use something acidic or crunchy. Something acidic would change the taste of the mayonnaise, while something crunchy will distract you from it. If you come up with a better answer than your rival, you win.

The genesis of Chef League 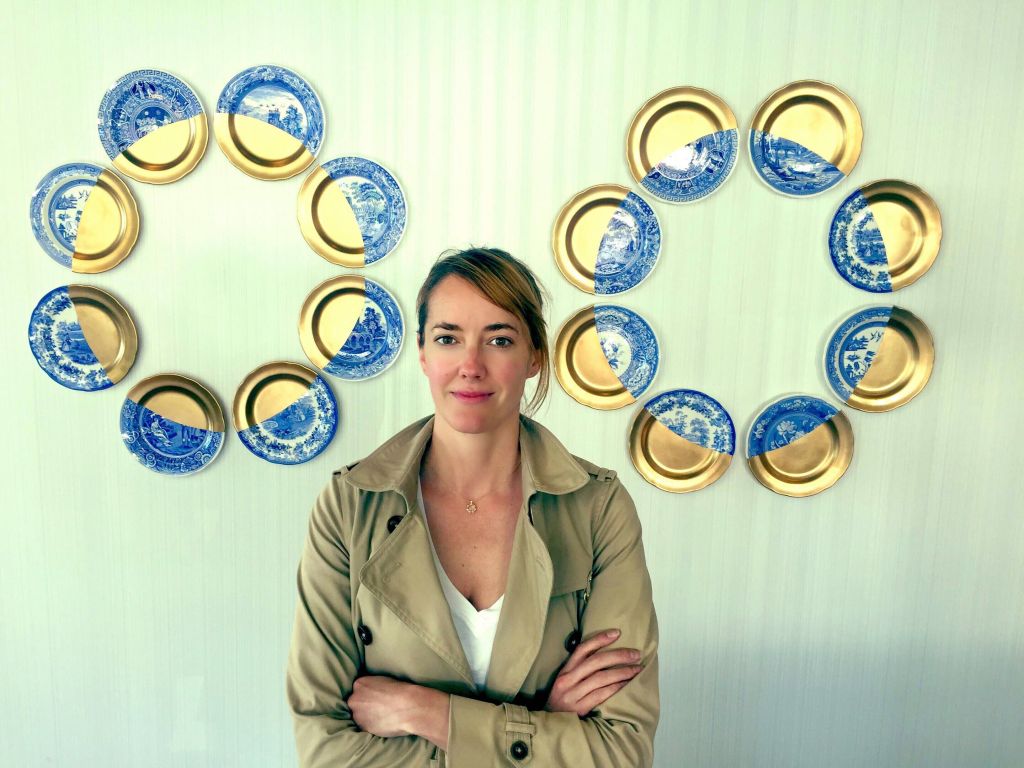 Above: Beth Altringer is a Harvard professor by day with a side job of creating Chef League.

It reminded me of the genesis of Glu Mobile’s games, Covet Fashion and Design Home, made by its CrowdStar division, with different audiences in mind. Altringer was inspired in part while playing Design Home, which lets you design home interiors that are then voted on by other players. The games have big female audiences, and they’re designed for new kinds of players.

Altringer is a Harvard engineering professor by day. But she played Design Home and found it fun and relaxing. But she hoped that she could make something herself that could teach people something about one of her favorite hobbies. She was deep into advanced flavor analytics.

“I happen to be really into food and I am a big nerd,” she said. “I have been studying how humans taste perception as flavor and how chefs learn to improvise. It’s not like there is a standard chef training. All of them acquire literacy in flavor, but they do it in different ways. I built software that would allow you to navigate flavor like an expert, even if you’re a novice.” 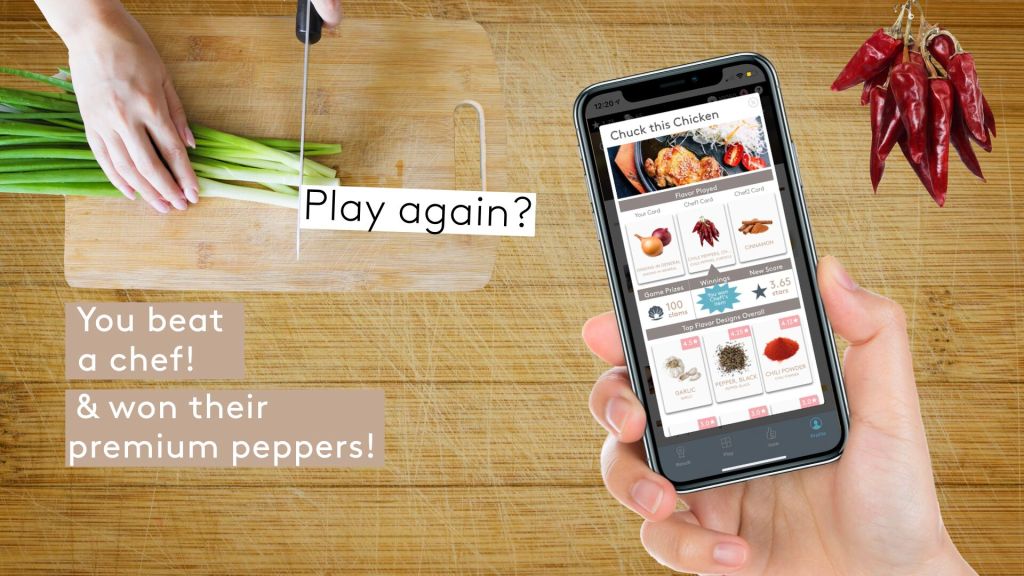 Above: Chef League challenges you to fix a dish with better flavor.

A lot of other cooking games are on mobile devices, including Diner Dash and Glu’s Gordon Ramsay Dash. But a lot of those are about time management rather than learning about cooking.

“They are about chef skills, but not about flavor,” Altringer said. “I wanted something different and wasn’t able to find it somewhere else.”

And Chef League has the science of flavor analytics behind it. It gamifies learning for understanding why people like certain kinds of foods. It also features photorealistic food imagery, while other games are animated. It features multiplayer competition inspired by cooking shows, and it has bite-sized game sessions. It is targeted for both gamers and non-gamers alike.

Altringer worked on it for three years. Chef League features a set of “AI Chefs” that live inside the game. These chefs represent common preference patterns derived from scientific flavor data and 1.5 million natural language reviews of real recipes.

They function like automated reality TV chef judges, each ‘voting’ according to historical palate preferences. They exist to help players casually learn. You have a pantry of items you own and a shop where you can buy new items. The AI chef coach gives you real feedback. If the winner isn’t clear, it goes to social voting. 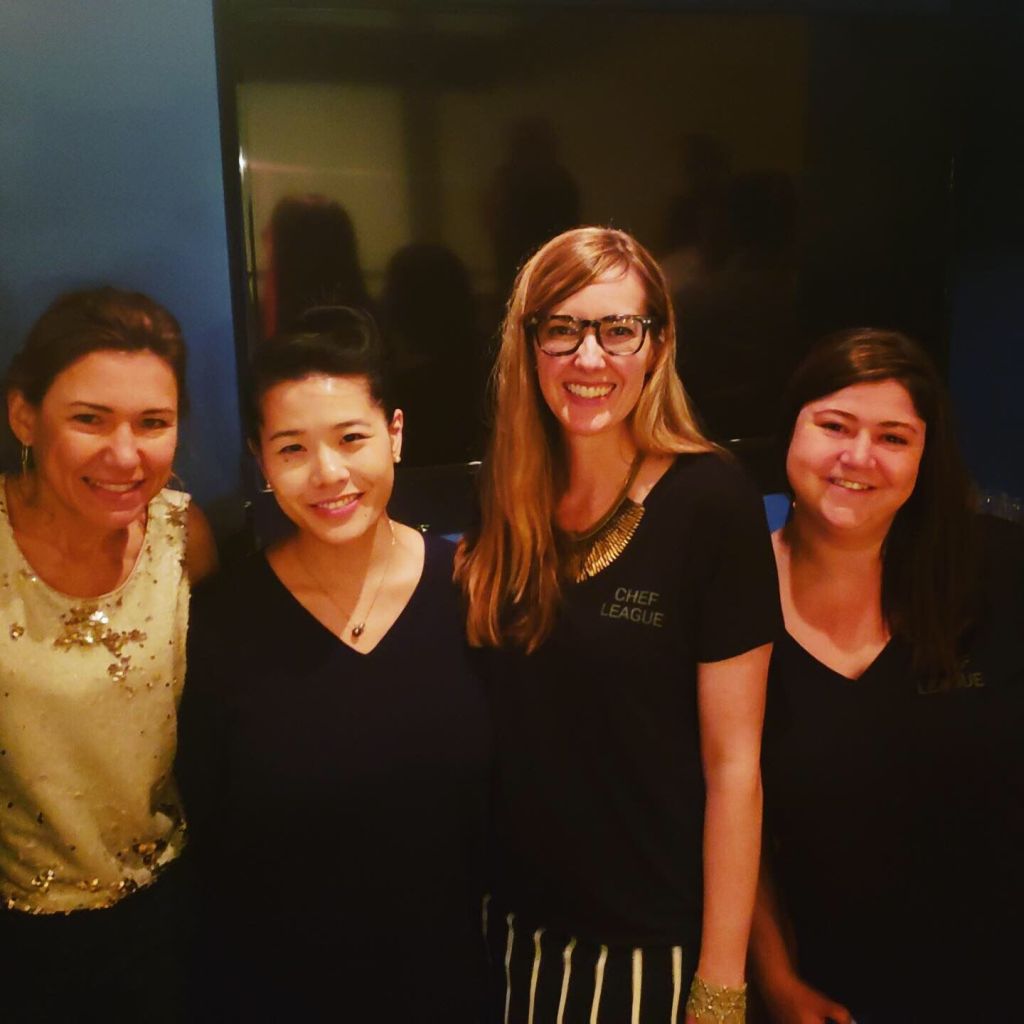 Above: Beth Altringer (tallest), Tracy Chang, and her friends.

During graduate school, Altringer trained with the Cambridge University Blind Wine Tasting Society and went on to compete internationally, winning the competition hosted by Bollinger Champagne House in France.

She learned, for instance, why french fries go well with ketchup.

“French fries are a predominantly fatty taste,” she said. “It’s the fattiness that people are after. And if something is too fatty, then cutting it with acidity improves the perceived balance. Tomatoes are highly acidic. And ketchup is also sweet, but it is also a lot more acidic than people probably realize. And that combination is really nice.”

In 2017, Altringer took that research and started creating a game that could teach amateur cooks about the ways that chefs think about flavor. That, in turn, might help people make healthier, more flavorful choices in preparing their own food. Altringer recently held a party with Boston chef Tracy Chang, who helped her as a friend on how chefs think. 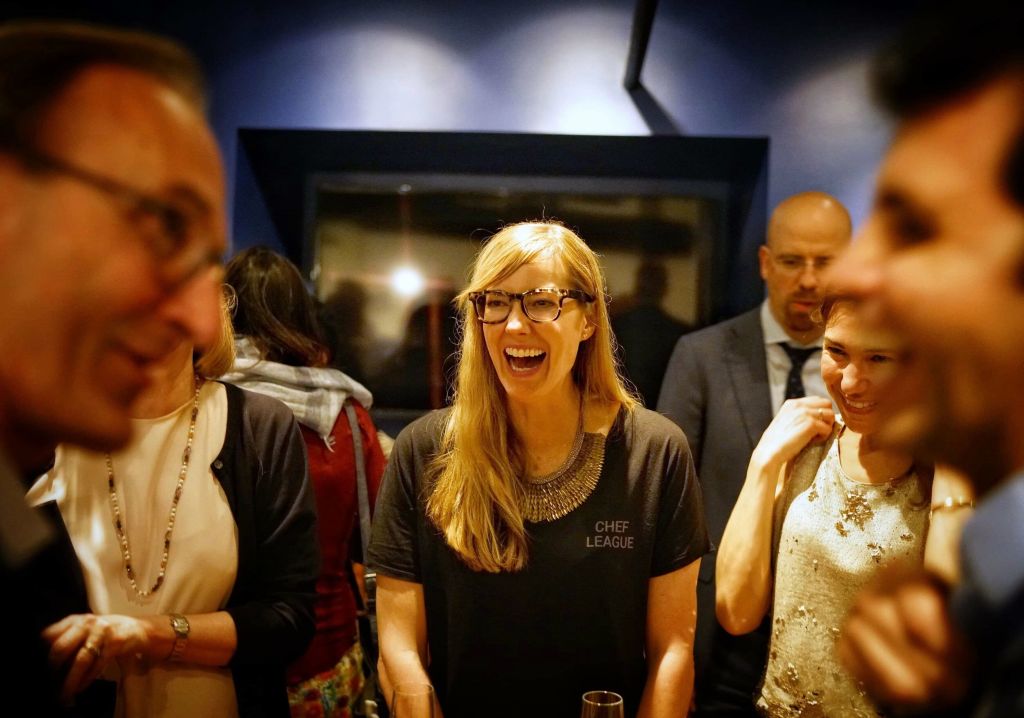 “Flavor data exists in a lot of places, from cookbooks to flavor media TV shows, to online recipes,” Altringer said. “When we consume that data, you learn to copy the recipe. But you don’t learn what makes that recipe taste so good compared to a different recipe. I think a natural future for food media includes games, and this is an attempt at that.”

Altringer tried to make sure that the game wasn’t too hard. She didn’t want you to be an expert to just be able to play the game. And she didn’t want to make it so you put bacon on everything in order to win.

Altringer, who has a master’s degree in architecture, was trained as a designer. She created almost all of it herself. Now she wants to find others to work with to help craft it into a better game so that she can do updates. She has some helpers now and is looking for more.

The game does not have a ton of players yet, but the average play sessions are 30 minutes to an hour, and the average number of sessions per day is 3.5.

“Our goal is to make sure that this will be something that a lot of people will enjoy playing as a relaxing game,” Altringer said. “We will learn fast and improve it.”