The latest game company to raise a round of funding reflects the global reach of the industry. Chile’s Atakama Labs has raised $4 million from two Chilean venture capital funds, Austral Capital and COPEC-UC.

The company hasn’t announced its games, but its co-founders say they’re working on “meaningful games” that “help you feel better as a human being.” The first game is expected to debut in January. 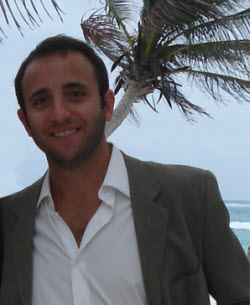 Atakama Labs was founded by Esteban Sosnik (right) and Tiburcio de la Carcova (below), two Argentines who crossed the Andes and settled in Santiago, Chile, in search of more political and economic stability. The company has 10 employees but expects to have 50 by the end of next year. The founders said in an interview their goal is to innovate in Chile and sell in the United States. They plan to make money via virtual goods, micro-transactions and possibly subscriptions.

The co-founders have already created one successful video game company in Chile. Along with Wences Casares (now chief executive of Palo Alto, Calif.-based Bling Nation), they created Wanako Games in 2002. That game company produced Assault Heroes, the 2006 XBLA game of the year and 3D Ultra Minigolf Adventures, among others. Wanako was acquired by Vivendi Universal’s Sierra Entertainment division in 2007.

Following a subsequent merger with Activision, Vivendi divested its Sierra Online game unit, selling Wanako to Canada-based Artificial Mind and Movement. Sosnik said it was the only gaming studio Vivendi was able to sell among the three it had – the others were in Shanghai and Seattle. Wanako remains active today in Santiago.

Atakama’s board will consist of Casares, Enrique Pizarro of COPEC-UC, and Gonzalo Miranda of Austral (for more on Austral, see separate Venturebeat story). The company’s future games will tap Web 2.0-like trends such as sharing and being part of a cause. The games will likely include ‘peer reviewing” and “collaborative learning,” said de la Carcova.

According to Sosnik, Atakama’s products will let you “gain by playing with others, and not through an economic discount, but players will actually come to the conclusion that if they invite friends, they will enjoy the games even more because they will be doing something meaningful.”

It’s hard to say whether Atakama will succeed. But its founders have already put Chile on the map in the gaming industry. They had no industry experience when they started Wanako. And de la Carcova said that “during the first year, basically everyone from the industry told us what we wanted to do was nearly impossible.” Just having to explain where Chile is was their initial challenge. One executive from a large publisher asked them, “that’s in Asia, right,” said de la Carcova. Sony would not ship them development kits because it said Chile could build missiles with them. (The PlayStation 2 actually was classified as a supercomputer for export purposes). 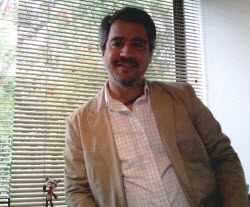 There were also business challenges – a contract with a large publisher to develop its first original retail product led Wanako to go on a hiring binge. But Sosnik said that when the client did not renew the contract nor provide the business it had promised, Wanako ended up in “the worst possible scenario – no projects and a huge burn rate.” Ironically, that is when it decided to prototype its first original IP game, Assault Heroes.

Early on, Wanako considered aiming at the console and big PC games market, but then, ‘we realized that we were not capable of making a quality product,” said de la Carcova. So they decided to focus on small games and quality, and he adds that, “Those small games would later be called casual games so that put us in the right place at the right time when that sector exploded.”

Today Wanako is also a symbol of the potential of entrepreneurship in Chile. Recent articles have noted that Chile has an attractive climate for startups. Several members of Wanako’s original art team formed their own art studio, Animation Works.  Others formed a company called Ace Team.

Sosnik and de la Carcova hope their effort with Wanako will now pay off once again. One advantage of starting Atakama in Chile is that gamers already hold them in high regard due to their pioneer status. Sosnik said that, “We have access to the best talent in the region.”

Additionally, he said that, “and the competition for talent here is nothing like it would be if our development was based in California.” They also estimate their costs will be 35 percent lower than they would be if they were based in the U.S.

One possible challenge – Atakama is no longer the only player in South America’s Southern Cone region, which now has several successful gaming companies.

Powerful Robot Games based in Montevideo, Uruguay, also a pioneer for the region, was launched in 2002 and has created games for Disney, Lucas Film, and the Cartoon Network. It developed “Path of the Jedi” for “The Clone Wars.” It also developed “The Howard Dean for Iowa Game,” considered to be the first game commissioned by a US presidential campaign.

In Buenos Aires, Argentina, Three Melons has created “Indian Jones Adventures” and Lego Star Wars: The Quest for R2D2. Yet for Three Melons co-founder Mariano Suarez Battan, Atakama’s founders are not so much competition as they are inspiration. He considers Sosnik and de la Carcova to be mentors.

He said in an interview that, “they had a great impact on me in Three Melons’ initial years, helping us out with networking.’ And he added that, “and of course they put Latin America on the map, giving us the confidence that our dreams could become a reality.”