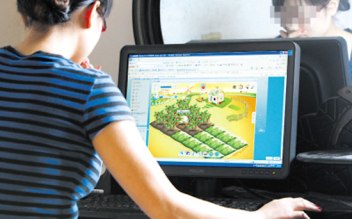 According to Five Minutes, Shanghai-based game developer of the first and largest social farm game, Happy Farm has now surpassed 23 million daily active users (DAU) across QZone, RenRen, and 51.com.The DAU count is the total number of users who log in during a 24-hour period. After Happy Farm’s late 2008 launch on RenRen, social network Kaixin001 copied it and other popular social games which powered Kaixin001’s network growth to 40-plus million total users (mid July 2009).

While Kaixin001 doesn’t release metrics on its own applications, Shanghai-based consulting firm BloggerInsight estimates that total social farm games have at least 28 million to 30 million DAU, including a conservative estimate of 7 million DAU for Kaixin001 and 15-17 million DAU for QQ’s new entry. (Tencent declined to comment on these estimates, and Five Minutes would only confirm the 23 million DAU across all platforms.) For comparison purposes to the U.S. market, U.S. based Zynga’s successful Farmville (launched June 2009) currently generates about 23 million DAU on Facebook, and Slashkey’s second place FarmTown game generates 5.6 million DAU.

No metrics on QQ Farm’s adoption have been released, but unconfirmed rumors have been swirling in the Chinese blogosphere and media about a self-imposed rate limit of two million new signups per day (but perhaps waived for active QQ accounts) and total registered users of 100 million, which would imply 25 million to 40 million DAU for QQ Farm alone if these rumors are true, higher than BloggerInsight’s estimates.

While many see China as a copycat country, social farm games may be a good example of home-grown innovation. “Happy Farm is most definitely the first SNS farming game in the world,” said Season Xu, co-founder and chief operating officer of Five Minutes. “A Japanese farm console game inspired us.” Game development was finished in May 2008 with testing until July, followed by a launch in late 2008. myFarm, the first Facebook farm game, was launched November 2008 after Happy Farm but was conceived independently of Happy Farm, claimed Tom Hansen, President of take(5)social, the developer of myFarm.

In China, litters of copycats have since arisen, including Sunshine Farm, Happy Farmer, Happy Fishpond, and Happy Pig Farm. In addition, the addictive game mechanics have been copied over and over again, set to different themes. For example, iPartment, a social network popular among young Chinese women, offers a variation where users can grow flowers and gift bouquets.

Some fear that this new social farming revolution may not contribute to the positive development of society. A central feature of social farm games in China is stealing vegetables. Official state media People’s Daily reports that 70 percent of users on Kaixin001 cite it as their favorite feature, and it has even spawned the popular phrase “How many vegetables have you stolen today?” This key addictive feature has created news stories of business executives “obsessed” with stealing vegetables and broken relationships over vegetables stolen on the night shift. The game is so addictive — with players setting alarm clocks at all hours of the night to check crops — that it  “destroys jobs and relationships.” “Simplicity and stickiness are behind the global epidemic of farm games. Anyone can learn to grow crops within minutes and reap a reward for getting friends — or the entire office — addicted too,” said BloggerInsight Co-Founder Lucas Englehardt. 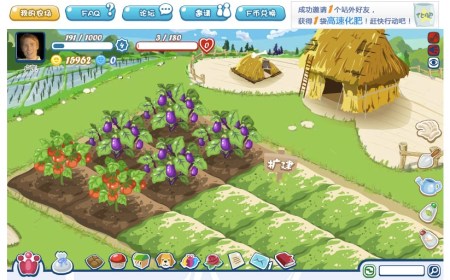 An estimated 15 million urban white-collars spend more than five hours a day on Happy Farm, according to data from the game’s creator, Five Minutes. Official press Shanghai Daily claims that addictive social games are contributing to the Internet addiction of an estimated 16 million young Chinese netizens. If so, this new addiction comes not through Western copycatting, but through the progressive, home-grown innovative capabilities of the Chinese social gaming market.