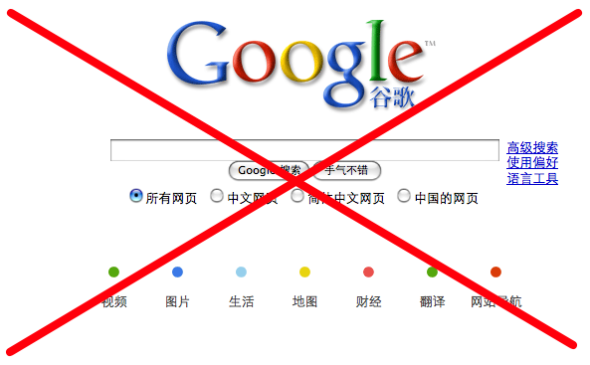 Update: For more on this issue, read our follow-up post featuring responses from readers in China.

This is bad for Chinese entrepreneurs

The timing now is suspect. The government tried to present itself as friendly to foreign news sites at its Olympic Games this summer — sites like the BBC were and still are up in the country. Strangely, though, the New York Times was taken offline for a time earlier this year. Meanwhile, the worldwide recession has hammered China’s export-driven economy in recent months, and so its growth and employment numbers aren’t looking rosy. Citizen unrest has been reported since earlier this fall, as factories have shut their doors. Some outside analysts are wondering if more concerted anti-government action is coming.

Meanwhile, the government has been trying to figure out how to shape the easy spread of online information to its advantage. It has been talking about ways it can use its state-run media organizations to report news about itself, a way to define coverage of major stories. That idea is a more timely and open way of breaking news than doing what it traditionally has done — slowly and methodically censoring news stories.

Threatening sites is a step in the opposite direction. Search engines — and the message boards and other information-sharing services provided by some of these sites — are a great way for dissenters to criticize the government regardless of what the government reports about itself. China’s political and legal structures are corrupt; the web is a way for people to hold them responsible, and so produce better laws and policies. A government-run publication even paid lip service to this idea yesterday.

Which points to a bigger problem. Stifling free speech — whether because of decency standards or political fear — is bad for innovation. By threatening, if not shutting down, the leading web sites in the country, the government is sending a chilling message to entrepreneurs and investors. Why create a valuable, generally useful service like a search engine if it’s going to be threatened if not shut down based on a shifting set of anti-porn standards? China’s 250 million web users make the country the single largest internet market in the world. Measures like this one seem self-defeating considering China’s larger goals and potential.