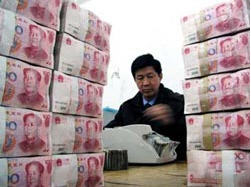 The trend is likely to continue because of better tax treatment lately for foreign investors there.

Investors into private companies pumped nearly $1.37 billion into 71 deals, more than double the $662 million they invested in 69 deals during the same period last year, according to data released by Dow Jones VentureSource. One deal — the $430 million investment into Internet company Beijing-based Oak Pacific Interactive — made up almost a third of the total. However, even without that deal, the quarterly investment level is still higher than any time since 2003. 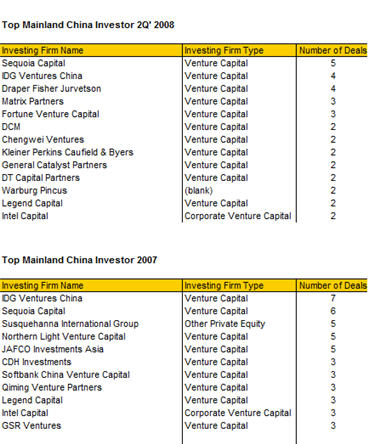 Some 71 percent of the money flowed to companies in the “information services” and “media, content and information” sectors.

By comparison only 12 percent of venture investment in the U.S. went to those sectors during the period.

The trend of U.S.-related firms investing in China may only increase, given the legal changes recently made by several large cities to reduce tax burdens for foreign firms. I wrote about China’s move to remove the repatriation tax first from IDG Ventures. Now, the Shanghai, Beijing and Tianjin governments appear to be making similar moves for any foreign firms located in their geographic jurisdiction. The change allows these private equity firms to register legally as local equities investment firms. In the most recent move, Shanghai is letting locally registered firms with initial capital of 100 million yuan ($14.56 million) or more receive the special tax treatment.