Didi is the market leader in China by some distance, swallowing up rivals such as Uber and raising large chunks of money to fund its global ambitions. So far, Didi has not had much of a global etaxi presence, though it did acquire Brazil’s 99 earlier this year and has announced a partnership with SoftBank in Japan to launch a ride-hailing platform in the next year. The company also expanded into Taiwan via a franchise model targeting local taxi drivers, and it has invested in players elsewhere, including Careem, which is big across EMEA.

News emerged earlier this year that Didi was working toward a Mexico launch, its first real own-brand launch outside of China. Today, Didi Express was switched on in Toluca, the capital of the State of Mexico, which is the most populous state in the country. 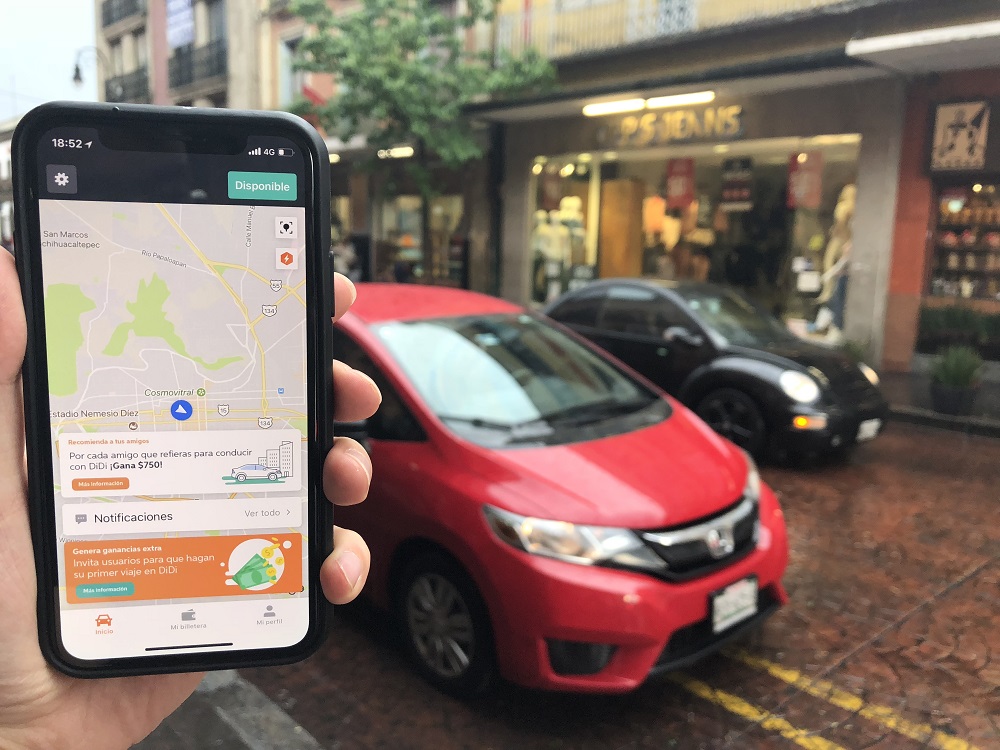 Above: The Didi app launches in Toluca, Mexico on April 23

Didi Chuxing came to fruition following a merger between local rivals Didi Dache and Kuaidi Dache in 2015. Much like Uber, Didi offers smartphone-based car services such as carpooling, taxis, and premium cars with drivers.

Didi said it started hiring drivers in Toluca earlier this month, though reports emerged in March that the Chinese tech titan was already poaching management staff from Uber in Mexico.

Mexico is one of Uber’s most profitable markets, one in which it has claimed a near monopoly on ride-sharing in recent years. With Didi snapping up Brazil’s 99 in January and news of Didi’s impending Mexico launch, Latin America is emerging as a major battleground in the ride-sharing wars.

That battle will intensify from today, with Didi planning additional services across Mexico “later this year,” according to a press release.