This was inevitable, but the speed at which it happened is surprising. A Chinese company has already come up with a clone of Supercell’s No. 1-ranked mobile game, Clash Royale, according to a Chinese web site. 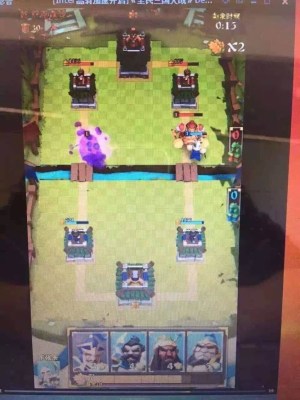 For sure, this isn’t good for Supercell. But it’s unlikely this cloned game will get much of an audience. And Supercell generated a profit (before certain items) of $924 million on revenue of $2.3 billion in 2015. It isn’t exactly hurting. Piracy is still pretty rampant in mobile games, particularly in Asia, so much so that there’s a session on it at the Game Developers Conference in San Francisco next week.

Toutiao ran pictures comparing various screens from the fake Chinese game and the real one, side-by-side. The art work has been converted into a medieval Chinese theme, while Clash Royale itself has European-style fantasy art based on the Clash of Clans franchise.

GamesBeat haven’t seen a working version of the game, but it’s amazing how quickly someone has been able to clone the basic features, gameplay, interface and art style of Clash Royale. The Supercell game launched last Thursday and shot to No. 1 within 12 hours. It is currently No. 1 in top downloads in the U.S. Apple app store and No. 2 in top-grossing games.

The fake game had to be created in something like seven days. On the other hand, Clash Royale had been in soft launch testing for many weeks, and it would have been easy for the cloners to get a head start. But they probably couldn’t have predicted how successful Clash Royale would be.