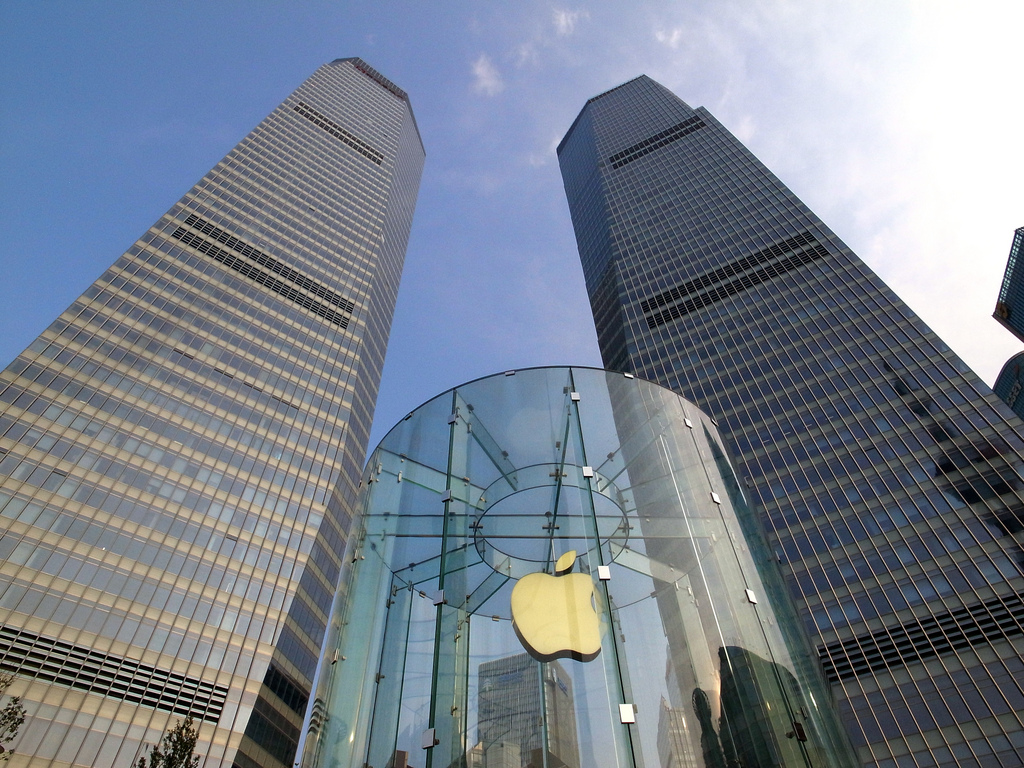 China’s speedy growth in fast-mobile subscriptions — and increasing mobile competition among the giant Chinese mobile carriers — will be key factors in driving Apple’s moldering stock price to unseen heights of over $800, one analyst said today.

With over three quarters of net new mobile growth in emerging markets, if Apple is ever to get its stock back to the $700 heights of summer 2012, it needs a less expensive and more carrier-friendly product suite. That’s coming this summer, according to Brian White of Topeka Capital Markets, and just in time.

And that’s the critical number.

Above: Competitor Samsung will have something to say about Apple’s success — or lack thereof — in China.

The major competition right now between China Mobile, China Unicom, and China Telecom will drive China Mobile, the grandaddy of mobile in the Middle Kingdom, to finally adopt the iPhone … and offer Apple’s iDevices to its 730 million mobile subscribers. That’s a deal that Apple and China Mobile have not been able to consummate since 2009, and it could be the deal that kickstarts Apple into massive growth outside its U.S. market once again. Especially given the fierce competition between carriers in China.

Cue the lower-priced iPhone, which White believes is coming this summer.

That will help Apple finally ink a deal with China Mobile just as the bulk of its 730 million subscribers are starting the switch to faster 3G connections. Which could mean tens of millions of new customers for Apple in Asia, and — with growth in other countries as well — set up a sales growth recovery for Cupertino that, White believes, can bring AAPL back to its $700 heights, and beyond, up to his price target of $888.

That’s a lofty target, of course, and a lot will have to change between the ears of Wall Street analysts and institutional investors for that to become a reality. Morgan Stanley, of course, has also published an analysis that Apple could triple sales in China with a lower-cost iPhone.

Since Apple sold $8.8 billion worth of product in China in the second quarter of this year, out of $43.6 billion in total sales, tripling that could be $26 billion quarterly, and perhaps as much as $100 billion annually.

Those are big numbers, and whether Apple can accomplish that or not, no one knows. But if it did, that would certainly have a major effect on Apple, its stock, and the mobile markets.

Major competitor Samsung, which sold 400 million phones last year and captures 95 percent of all profits in the Android device ecosystem, will have a few things to say about it too.