The total revenues made by Chinese search services in 2013 were 39.32 billion yuan (about $6.5 billion), a 40.1 percent increase over the previous year, according to the latest report by Chinese online data service iResearch. The increase rate is, however, lower than that for the previous year.

When it comes to market share, Baidu, Qihoo, and Sogou are the big three. In 2013, Sogou received strategic investment from Tencent and merged Soso, the search brand previously under the latter. Qihoo also pocketed Youdao which had no more than 0.5 percent share in the last couple of years though. 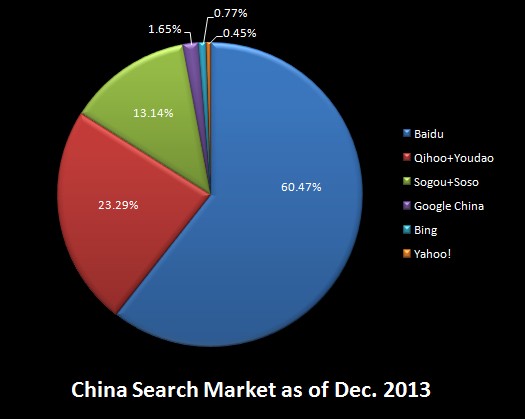 Above: Baidu, Qihoo, and Sogou dominate the Chinese search market.

Speaking of search, 2013 is a big year for Qihoo. Launched in August 2012, Qihoo’s search service had grabbed 23 percent of the market as of December 2013. It gained traffic and users mostly through Qihoo 360 browser landing page and search boxes on other Qihoo services while a small percentage of users visit the site, So.com, for searches. The management said, however, they saw organic increase of traffic on So.com without promoting the separate site. 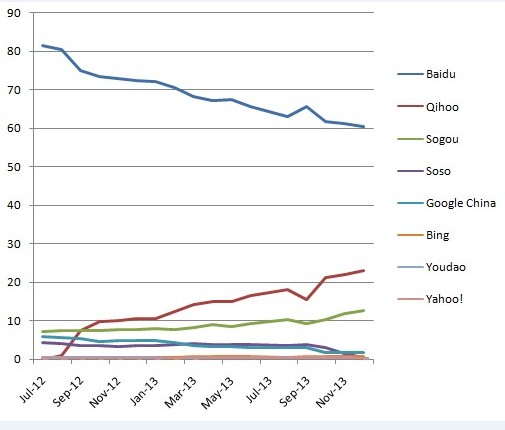 Above: Baidu’s share of the search market in China has been steadily declining.