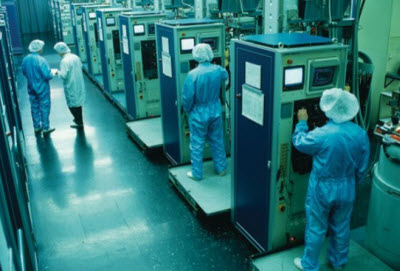 The group will look at new business models, partnerships, and tools for smaller chip-design companies. The GSA represents “fabless” chip design companies, or those that design chips but have them fabricated by a contract manufacturer.

The group could prove to be a catalyst for startups in the $300 billion chip business. While there is a lot of money to be made in chips, it’s not easy to get into the business, where giants rule.

As we noted at the GSA’s recent dinner, the chip industry is the bedrock of the $1 trillion-plus electronics industry. And its pace of innovation is punishing, with new chip factories costing as much as $4 billion to build now. Every two years, chip makers have to invent entirely new processes to keep the lights turned on, and chip designers have to create high-demand chips to keep the factories filled. Moore’s Law, the prediction by Intel chairman emeritus Gordon Moore that the number of transistors on a chip will double every two years, demands continuous breakthroughs. Startups are the ones that either come up with the breakthroughs or exploit them.

The group is analyzing the current funding problem in order to provide real, workable solutions that re-attract venture investment to the semiconductor industry. Too many VCs avoid chip companies these days because they may take $100 million in investment before they can get to market. That’s just too risky for some investors. The GSA has created a white paper on the topic dubbed, The Capital-Lite Semiconductor Model: Revitalizing Semiconductor Startup Investment. More than 30 member companies are part of the group, with representatives from the semiconductor, electronic design automation (EDA), foundry (contract chip manufacturer), VC and banking segments.