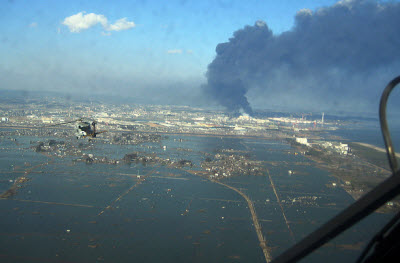 Shortages and price spikes are likely to occur for certain kinds of electronic components in the aftermath of Japan’s earthquake, according to market researcher IHS iSuppli.

That dour assessment comes despite the fact that there little damage at chip production facilities has been reported. But iSuppli is now taking into account the disruptions in transportation and power infrastructure, which will hobble the factories for an unknown length of time. The current nuclear radiation scare isn’t helping.

Components that will be impacted include NAND flash memory, which is used in everything from iPad 2s to smartphones; dynamic random access memory, used in most computers and consumer electronics gear; microcontrollers for toys and industrial gadgets; standard logic for a wide variety of components; liquid crystal display panels used in TVs and laptops, and LCD display parts and materials.

Japan is also the world’s largest supplier of the raw silicon ingots that are used to make semiconductor chips. It supplies about 60 percent of the total. If this supply is disrupted due to logistical and electrical problems, the disruption will spread to many other electronic components, including the plankton of electronic devices such as MOSFETs, bipolar transistors and small signal transistors.

Infrastructure challenges will halt or slow shipments from Japan for about two weeks. The global supply chain has about two weeks of excess component inventory in the pipeline now. So shortages may not appear until the end of March or the start of April. The shortages and price impacts could linger until the third quarter.

Based on fears about this unfolding scenario, prices have already risen. Pricing for high-density NAND flash chips has already climbed as much as 10 percent on the spot market, where buyers and sellers sell small amounts of excess parts. Spot-market DRAM pricing is also up as much as 7 percent since Friday. Big computer makers, on the other hand, are not likely to buy goods in this way. Rather, they usually get their supplies under long-term contracts that are not subject to price spikes. Contract pricing is holding steady for the time being.

Most of the actual electronic component production takes place south of the epicenter. Damage was negligible, but companies are facing problems shipping components, receiving raw materials and getting workers to their facilities. Sony, for instance, shut a number of factories so workers could help with recovery efforts; it also had to deal with damage.

Toshiba, the second-largest worldwide producer of NAND flash, said that output from its Japan plant could drop 20 percent. Hitachi, which supplies displays for the Nintendo DS handheld game system and for LG cell phones, said it had to halt production on Monday as it assessed the impact of the quake.

Electric power availability could also curtail production at factories such as Panasonic’s LCD factories in Japan.