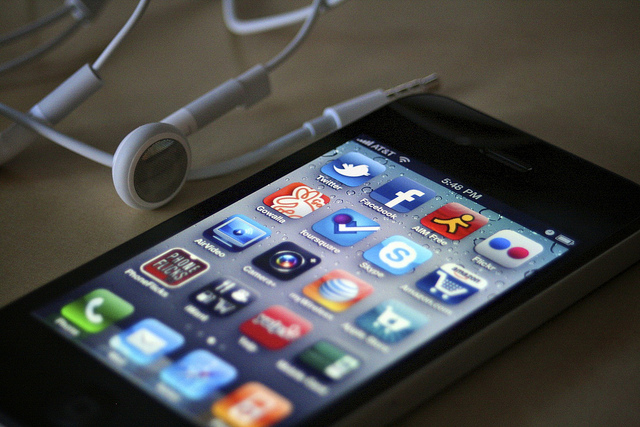 Presumably, app discovery on iPhone and iPad is now solved, according to Apple.

Mobile app search service Chomp’s website simply redirects to Apple.com, and the Chomp app no long shows up in iOS app searches. In addition, according to MacRumors, existing users of Chomp who open the app are finding a message from Apple that Chomp is discontinued as of yesterday.

In February, Apple acquired Chomp. Apple kept the web and iOS search capabilities, but it quickly shut down the Android search. Now that iOS 6 is out and shows evidence of Chomp’s fewer-results-more-pictures user interface, Chomp is kaput.

But that may be just the beginning.

As PocketGamer notes, Apple seems to be clamping down on app-discovery engines in general. Apple has updated its developer guidelines, alerting developers that “apps that display apps other than your own for purchase or promotion in a manner similar to or confusing with the App Store will be rejected.”

Apple recently cracked down on clone apps, but this is different. This seems to be targeting app discovery engines such as Tapjoy, Crosswalk, AppGrooves, and Hubbl. App promo services such as Free App A Day and AppGratis are probably even more at risk. 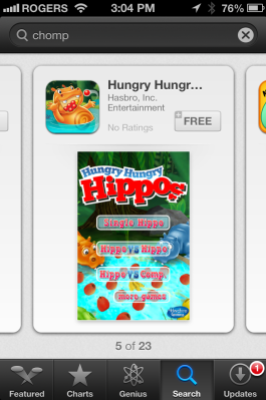 This is almost a one-two punch to app developers.

Already app discovery, although possibly more user-friendly with bigger, more visual app store listings, will show fewer apps per screen (well, precisely one, to be exact). And now app promotion services and discovery services are in danger and, even if they are not removed from the app store, will be less likely to invest and build in new features and functionality.

All of which benefits app incumbents rather than challengers, as incumbents are more likely to have users, downloads, reviews … and therefore rank higher and get the coveted (and now-huge) first search result.

VentureBeat has asked Apple for a comment; we’ll update this story if we hear back.