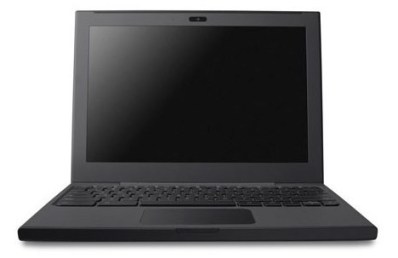 Google is set to unveil a Chrome laptop “student package” tomorrow at its I/O developer conference for $20 a month, an unnamed senior Google executive tells Forbes.

If true, the move has the potential to completely reshape the way consumers adopt computers, and it will also serve as a not-so-subtle Trojan horse for Google’s online offerings.

The $20 monthly fee will cover both hardware and online services for the laptops, which run Google’s web-centric Chrome OS software, the executive said. It will likely serve as a precursor to an enterprise Chrome laptop offering, wherein businesses pay a slight premium over their $50 annual fee for Google Apps (the company’s web-based Microsoft Office competitor suite).

The Chrome laptops will likely feature the same mobile broadband capabilities as the CR-48. That computer shipped with built-in 3G access and included 100 megabytes of monthly internet free for two years. You could also opt for daily unlimited internet for $10, 1 gigabyte of mobile internet for $20 a month, 3 GB for $35 a month, and 5 GB for $50 a month.

Aiming the Chrome laptop subscriptions at students seems like a good choice at first glance. After all, paying $20 a month for a computer beats spending $600 or more for a full-fledged laptop. But most students would have a hard time relying solely on the Chrome laptops, since they won’t have access to key Windows and Mac software that some courses may require. Like netbooks, the Chrome laptops could serve as secondary machines — assuming they’re light enough.

Google will also need to offer students something far better than its CR-48 laptop, which was heavy and had one of the worst trackpads ever forced upon a computer.

Reports of a Chrome laptop subscription plan go back a few weeks, when Neowin heard pretty much the same information Forbes did today from a “reliable source.” That report also noted that Google will upgrade the Chrome laptop hardware and offer hardware replacements for the life of the subscription.