The CIA was responsible for more than half of all UFO sightings in the late 1950s and most of the 1960s — but those weren’t little green men flying high in the sky, they were spies.

For years, the CIA secretly flew its famous U-2 spy plane at altitudes of 60,000 feet or more above countries like the Soviet Union. Since no one believed manned flight was possible at such heights, many who spotted the planes believed they were seeing UFOs. The spy agency did nothing at the time to disabuse them of the notion.

That’s one of the most intriguing takeaways in the document that the Central Intelligence Agency said was its most-read in 2014. Titled “The CIA and the U-2 Program, 1954-1974,” the document details 20 years of the agency’s now infamous spy plane. A U-2 flown by the CIA’s Francis Gary Powers, of course, was shot down over the Soviet Union in 1960. 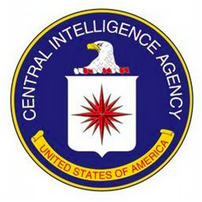 Alongside posts revealing that pigeon-camera missions are still classified; the true story behind the story that led to the hit film “Argo;” and others that made up the CIA’s best of 2014 list, the U-2 document, which detailed how large numbers of pilots mistook the secret spy planes for unidentified flying objects, topped a list providing a rare — albeit limited — view into the inner workings of an agency under fire recently for its alleged use of torture.

Over the last few days, the CIA has been tweeting out links to its top ten most-read “BestOf2014” documents. Today, it confessed that “Reports of unusual activity in the skies in the ’50s? It was us.”

High-altitude testing of the U-2…led to an unexpected side effect — a tremendous increase in reports of unidentified flying objects,” the CIA wrote in the document, which it wrote in 1998. “In the mid-1950s, most commercial airliners flew at altitudes between 10,000 and 20,000 feet and [many] military aircraft…operated at altitudes below 40,000 feet. Consequently, once U-2s started flying at altitudes above 60,000 feet, air-traffic controllers began receiving increasing numbers of UFO reports.”

Added the document, the CIA cross-referenced UFO sightings to U-2 flight logs. “This enabled the investigators to eliminate the majority of the UFO reports,” the CIA wrote, “although they could not reveal to the letter writers the true cause of the UFO sightings.”

The CIA’s full 2014 top-ten list covers a wide variety of topics, including a 90th birthday wish to former U.S. President (and former CIA director) George H.W. Bush; the fact that the spy agency created a line of china for a fake airline during the Cold War; and an innovative system for rescuing soldiers and downed airmen from hostile territory, known as Skyhook.

Amusingly, the list also admits that the CIA used to conduct surveillance by strapping special cameras to the breasts of pigeons, and that “details of pigeon missions are still classified.” 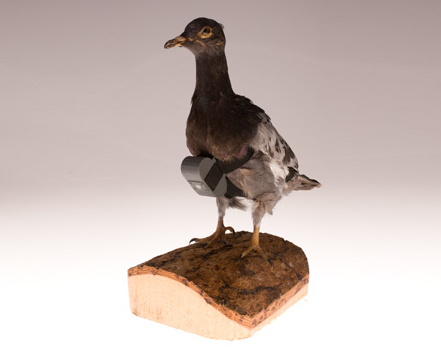 Still, the CIA allowed that its Office of Research and Development had built a camera that could be strapped to the birds’ bodies, and then, “with the camera running, the bird would fly over a target on its return home. Being a common species, the pigeon concealed its role as an intelligence-collection platform among the activities of thousands of other birds. Pigeon imagery was taken within hundreds of feet of the targets, so it was much more detailed than imagery from other…platforms.”

One can hardly read about the missions without thinking about other great moments in pigeon history — such as Google’s 2002 April Fools’ Day joke, Pigeonrank, said to be a new system for accurately ranking search results.

Day in the life of a CIA Operations Center Officer

Sadly, the CIA did not take the opportunity to be forthcoming about its inner workings to actually be all that forthcoming. The number two item on the list, a look at a typical day of a CIA Operations Center Officer, sounds promising, and offers a few juicy tidbits, but ultimately leaves one wanting more.

Still, readers probably don’t expect the agency to pull back its kimono too much, and so most likely won’t be too disappointed by what they find. And those tidbits can be fun, and even informative.

More tellingly, the article hints at the career path someone wanting to be an Ops Center officer might want to follow. “Bradley,” the officer profiled in the document, earned a double major in world religions and politics and government, as well as a minor in national security studies, and subsequently worked simultaneously as a police officer and dispatcher, a resort manager, as the executive direction of a national security think tank, as a newspaper columnist, and as a freelance marketing consultant.

As if that wasn’t enough, he then went to graduate school. Finally, he went to work at the CIA’s Center for Studies in Intelligence, where he interviewed 9/11 Commission and Weapons of Mass Destruction Commission participants about how they worked with the CIA.

In the end, though, there’s nothing in the agency’s top-ten list quite as intriguing as the gleam-in-the-eye acknowledgement that it was for year responsible for greater than half of the world’s UFO sightings. One can only wonder whether the camera-toting pigeons were also once-upon-a-time considered UFOs by those who happened to catch a glimpse of something no one would tell the truth about for years.