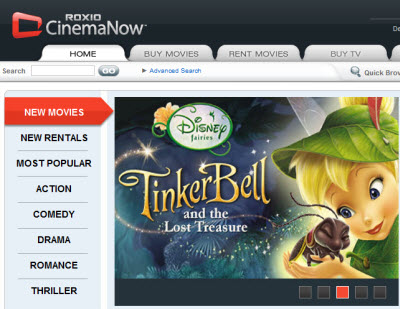 CinemaNow has had moderate success with its movies-on-demand service, which lets users download movies over the web. But it’s announcing a real coup today with the nation’s biggest electronics retailer that could make the digital downloading of movies into a mass market phenomenon.

Best Buy is going to mandate that most web-connected consumer electronics devices come pre-installed with the CinemaNow service, which is owned by Novato, Calif.-based Sonic Solutions, a publicly traded software company. Under the multi-year deal, Best Buy is licensing the CinemaNow service so that it is preinstalled in devices sold in its stores.

Sonic bought the assets of CinemaNow (which it didn’t already own) for $3 million and renamed it Roxio CinemaNow. In January, Sonic and Blockbuster merged the CinemaNow and Movielink services. The idea behind these deals was to migrate the service from a web site to consumer electronics devices so that it could become much easier for consumers to use. 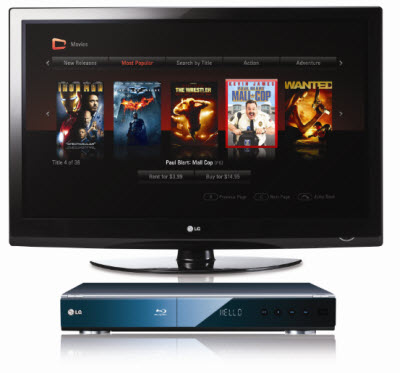 “We’ve done a lot of work over the years to get to this point,” said David Habiger, chief executive of Sonic Solutions, in an interview. “We think that consumers want to buy or rent movies directly from their consumer electronics devices. This sets up an important new business model. The value of Best Buy as a partner is they can mandate it.”

This means that you can fire up a web-connected DVD player, Blu-ray player, portable DVD device, set-top box, or flat-panel TV set and see an icon for CinemaNow. If you click on it, you can shop for movies and buy or rent them for a few bucks. There are more than 22,000 Hollywood-approved movies in the library, but most of the new ones are first-run movies that appear on CinemaNow at the same time they come out on DVD. When you buy a movie, you can start watching in five or six seconds as the movie downloads in the background.

Gadget makers have been trickling out CinemaNow devices in recent months. Samsung, Dell, Tivo and HP have come on board. Now, most PCs, netbooks, phones, Blu-ray players, TVs, DVD players and other gadgets will come pre-installed with CinemaNow. By the middle of next year, there could be 15 – 20 million CinemaNow devices in the market.

CinemaNow has been waiting for this deal for a while — a deal that should help it catch up with Apple TV as the top supplier of digital movies. Habiger said that the steady adoption of broadband and the proliferation of web-connected gadgets finally helped sure up the agreement.

In the deal, Best Buy will pay Sonic to outfit gadgets with its software and Sonic will get a share of monthly revenues. Meanwhile, Best Buy gets warrants to buy an ownership stake in Sonic.