Cirrus Logic is launching sensor chips that will bring better tactile feedback, or haptics, to all kinds of gadgets, including gaming devices.

The Austin, Texas-based Cirrus Logic specializes in low-power, low-latency chips that do mixed-signal processing, or taking signals from the real world and converting them into digital. These new sensor chips focus on haptic feedback, and they could be used in devices such as smartphones that get rid of physical buttons and replace them with virtual buttons that give you feedback when you touch them.

These kinds of buttons have fewer mechanical controls, and that can make them more reliable, more responsive, and convincing for the user, said Harsh Rao, the manager of haptics and sensing at Cirrus Logic, in an interview with GamesBeat. The company has already had some success on this front.

“We started with haptics in mobile phones on the Android side, and we have been reasonably successful there with all the big customers,” Rao said. “It’s been a successful journey, trying to elevate haptics. And now we are moving to expand the usage of haptics.” 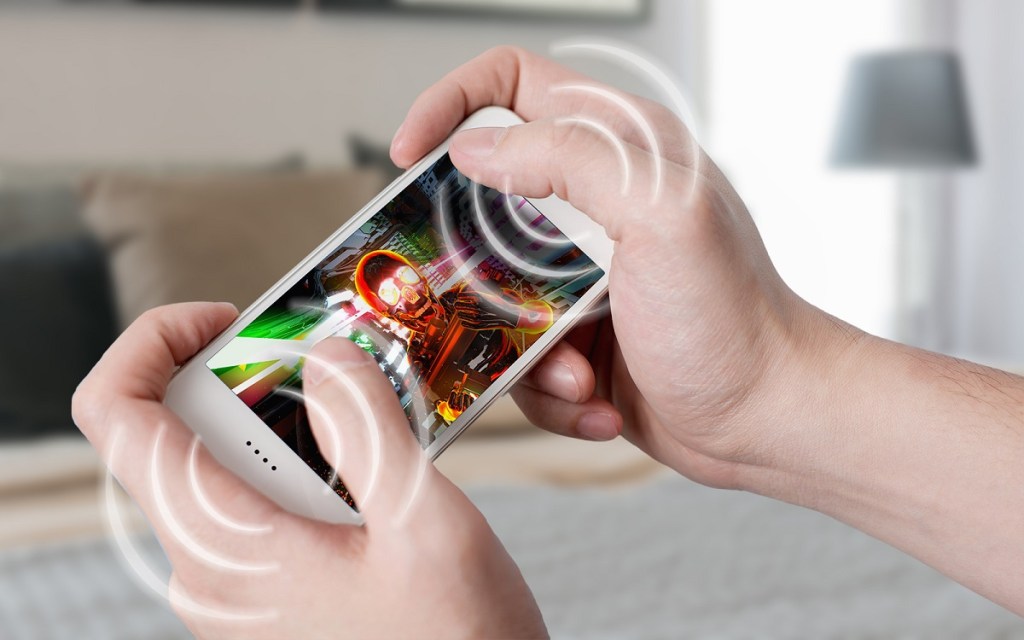 Rao said that consumer devices are slimmer and more display-driven, and now haptics can offer consumers a richer, more tactile experience. That can range from a distinct vibration that identifies a caller to a crisp click that feels better to a user who is pressing a virtual button on a glass display. Earlier haptic feedback felt more like a buzzing effect, Rao said.

At the same time, Rao said the removal of buttons can simplify the design of a digital product, making it easier to build, cheaper, and more reliable. For smartphones, some of the Cirrus Logic solutions can reduce the size of a haptic component by 50%, saving both space and cost, Rao said. 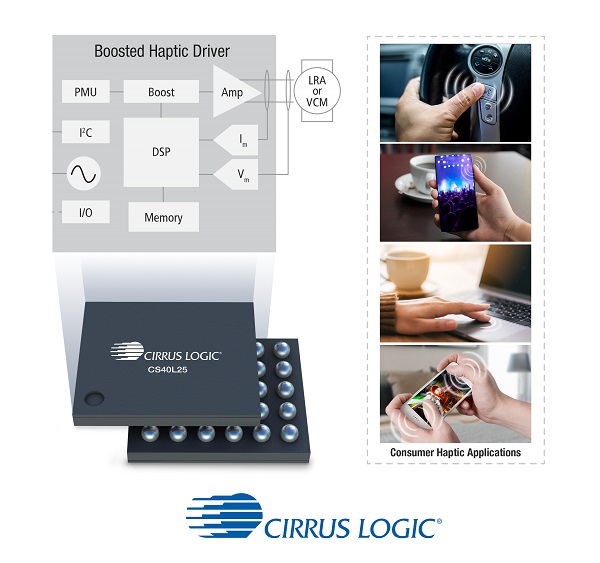 Above: Haptic sensors and actuators give you touch feedback in a variety of devices.

Automobiles, PCs, wearables, and game controllers are also moving beyond traditional button interfaces with non-mechanical haptic feedback. Different versions of the sensor chips are either shipping in volume or available in samples. Customers will design them into devices that will appear later in 2020.

“Game controllers are an obvious use of haptics, but we are also very excited about virtual reality and augmented reality opportunities from a gaming perspective,” Rao said.

Rao said the company is working on a second-generation device that integrates more devices into one, such as putting the sensor and the feedback mechanism into the same chip. “This will simplify the product in terms of cost, size, and area,” Rao said.

The future is where some of this will get interesting if you remember the bodysuits in Steven Spielberg’s Ready Player One movie, where you could feel someone touching your virtual chest in a VR experience.

“Clearly for us, the big thing that is coming will happen in the VR world because that’s really difficult to do,” Rao said. “The next big thing that we will look at is clearly VR. It’s very complicated to make a gesture and then produce feedback when you aren’t touching anything physical.”