Even though cleantech investing in Europe and Israel is down more than 30 percent from last year’s $1.8 billion, the sector is surpassing IT to become the second largest venture capital category on the continent (biotech remains at the top).

Relatively speaking, cleantech is still in its infancy. With so many capital intensive projects (think manufacturing plants and solar arrays) and a limited number of customers, it hasn’t caught on like the dot-com boom — or, crucially, bust. Still, activity in the space is commanding interest from new investors. About 150 of them made their first cleantech investments only last year, prompting a new wave of networking and trade events where prospective backers can learn more. 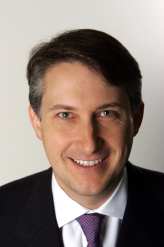 I sat down with Bernard Vogel, president of the European Tech Tour Cleantech Summit, one such event scheduled for June 17 in Geneva. More than 300 cleantech startups from across Europe have applied to pitch their products and services to VCs at the summit — a number that will be whittled down to 20 spanning the sector’s various verticals. These are mainly early-stage companies looking for first or second rounds of funding, says Vogel, a managing partner at Endeavour Vision.

Cleantech, for the moment, is a regional game. While there are several companies doing business beyond national borders, Vogel says they are the exceptions to the rule. This is partly due to funding. Most deals to date have been born out of state initiatives, not Europe-wide programs. “Germany has been able to develop a solar industry because of government intervention,” he says. “Denmark has been the same in wind, addressing the issue ten years ago. Another good example is Italy in the area of smart metering.” He says that this regionalism should fade as universal standards and energy policies begin to emerge.

New exit strategies will tap new key players. Mergers and acquisitions will provide the most common exits, with IPOs few and far between, predicts Vogel. Though companies like Cisco Systems have made peripheral movements into smart grid to further consumer-facing propositions, acquisitions are much more likely to be initiated by vendors already heavily involved in energy and water industries, like Siemens and General Electric. “Areas like solar are already generating several billion dollars in revenue, and these big companies will need to buy more innovations,” he says.

Europe is prepped for the global stage. Vogel says that European cleantech companies are “competing on technology and innovation” — a euphemism for “expensive and not competitive on price.” Still, leaders in the green market are landing global deals. German solar company Odersun is a prime example. As are stunningly successful Abengoa Solar and Fotowatio, both based in Spain. “Energy issues are the same in many markets,” he says. “It’s the regulations that differ.”

As in other capital intensive industries, like telecommunications, vendors from countries with lower cost bases will have the advantage, particularly in the current economic climate. “Some companies are establishing brand names, while others are just very cheap,” Vogel says. “Suntech in China is very cost efficient. It will probably become the Huawei of solar.”