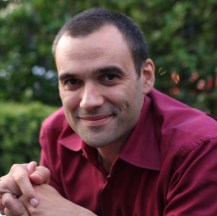 Editor’s note: This story is part of our Microsoft-sponsored series on cutting-edge innovation. Darryl Siry formerly served as the chief marketing officer of Tesla Motors, the electric vehicle manufacturer, and of the Fireman’s Fund, a large financial services company. He is now the founder and CEO of NewsBasis, an online software service for media professionals.

Cleantech investors are thinking small. As well they should. After a wild ride — including big bets on ambitious business plans, the 2008 economic collapse, and a massive influx of government support — they are shifting their focus away from capital-intensive verticals like wind and solar to nimbler, less expensive IT, software and energy-efficiency plays.

This trend can seen in the types of deals going down in the cleantech sector today. Solar cell maker Solyndra, biofuel producer Coskata, and battery maker A123Systems are all representative of the types of companies that were funded when venture-capital firms were happier to shell out double-digit millions. This gave them the momentum to snag big government loans (Solyndra) or defy the frozen IPO market (A123Systems).

Now, however, investor interests have taken the sector — and particularly the technology — in a new direction. Fresh, well-funded entrants include EcoFactor, a maker of software that allows you to program your thermostat for greater energy efficiency; Hara, a Kleiner Perkins-backed, Web-based carbon- and energy-management platform; and Tendril, which allows you to remotely control your energy use in your home from your phone.

Basically, any green business that doesn’t require large-scale manufacturing and distribution operations will be more appealing to investors at all stages going forward. The large projects — spanning biofuels, solar and transportation — will rely more and more on government support and the participation of major corporate interests like Cisco Systems (in the smart grid), Applied Materials (in solar) and General Electric (in wind). This could actually end up accelerating innovation in these established areas, as bold new technologies become the province of a robust but capital-light startup community.

Prior to the financial downturn in September 2008, venture capitalists were getting comfortable with the large capital requirements of most green technology companies. Many of these enterprises, whether they were producing biofuels, electric cars or solar cells, pitched bold plans to build scale-manufacturing facilities in addition to developing new technologies. These “full-cycle” businesses aimed to capture large revenues, but their capital requirements and lengthy product roadmaps also posed significant execution risk.

When the markets finally buckled, all capital-intensive businesses found it difficult to raise the funds needed to support their ambitious plans. In ensuing months, the government stepped in with tens of billions of dollars to buttress the cleantech sector — distributing it in the form of direct loans, guarantees and stimulus grants.

While the Obama administration has always been supportive of cleantech, the political narrative of “green jobs” and the stimulus package provided the cover needed to allocate extraordinary sums to shore up private cleantech companies in the name of broader economic recovery.

“It’s all about jobs,” says Warren Weiss of Foundation Capital. “And politicians who need to be re-elected.”

When the smoke cleared, there were scores of winners in the stimulus bonanza — but many more losers who failed to win the favor of the government or impress the Department of Energy with their business plans. In the absence of federal support, many more would not have survived. But now, with this chapter behind us, what forces will shape venture investments in cleantech going forward? I have several thoughts:

1. The massive government “cleantech stimulus” was a one-time event: With the economy relatively stable and rising political pressure over deficits, the Obama administration is unlikely to continue funding huge grant and loan programs beyond those already authorized and “paid for.” With credit markets still tight in spite of rising market indices, private investors are morel ikely to have to foot the entire bill until companies can access public markets.

2. Investors are wary of government and policy risk: Paul Kedrosky, a senior fellow for the Kaufmann Foundation, says, “[Cleantech investing] is fraught with so much unpredictability and timing risk — you don’t know how long this particular infatuation with providing financing for large-scale manufacturing is going to last.”

If Democrats fail to hold the House and the Senate in November, there is a chance that government programs and policies will be changed in way unfavorable to the cleantech sector. Republicans are running on a platform of spending cuts so fat subsidies for green technologies may be just the target they are looking for.

“I hear it over and over again from the [venture community],” says Kedrosky. “I don’t want to invest in governmental and policy risk.”

3. Mediocre cleantech IPOs in 2010 may dampen investors’ enthusiasm for the sector: Battery company A123Systems (AONE) encouraged investors with a blockbuster IPO in September 2009, but the stock price now struggles below the issue price in spite of a general recovery in the markets. Codexis (CDXS), the biofuels catalyst company, recently priced at the low end of its range.

Speaking at the Green:Net conference two weeks ago, CMEA Capital partner Tom Baruch, said, “People have longer memories — they’ve been better conditioned from recent years. Therefor, we are not going to see something like a ‘Netscape moment.’ The key word is profit — the street is looking for profit, gross margin. It’s important for these companies to be profitable.”

Tesla Motors and Solyndra have both filed to go public. Both companies received hundreds of millions in direct government support, are unprofitable today, and do not anticipate profits for several years as they build their own scale manufacturing capacity. While markets may be receptive to these public offerings, the valuations that cautious investors demand may dampen enthusiasm as realism sets in on the earnings power of the latest crop of cleantech companies.

Venture capitalists are still sanguine about cleantech’s prospects, but are likely to adapt to the new realities by focusing more on companies with relatively capital-light business models, including “green” information technology plays and efficiency enhancing technologies. The Cleantech Group reported a record 39 deals in the energy-efficiency vertical of the sector for the first quarter of 2010, continuing an upward trend that started in 2008.

Companies seeking funding in more capital-intensive sectors are going to have to be good at collaborative competition with large industrial players in the energy and transportation sectors, says Foundation Capital’s Weiss. “It is plausible that those [industrial] companies that cut back on R&D will have to turn to the venture community for innovation.”

I don’t know if government incentives and subsidies for cleantech will go away entirely. They will probably be smaller than they have been in recent years. But in areas like advanced transportation, so much more money is needed to get the industry off the ground. Canceling these incentives could be fatal to these efforts. I’m sure the Obama administration sees that, so it probably won’t pull the plug. It may reduce the amount of funding, but it won’t turn its back entirely.

As for investors, there probably is some concern about matching government funding in large, capital-intensive companies. I would agree that there is more interest in less capital-intensive investments. These firms want to make sure their individual investment will have a large impact on a company’s ability to succeed. Electric vehicle, biofuel and similar companies require multiple investors that each make a smaller impact.

When it comes to the IPO market for cleantech, I still see slow and steady growth. There is no rush yet, or sense that the market will bounce back to how it was several years ago. I don’t see any bubble happening this time. Investors have learned their lessons and they will be more deliberate. Just look at A123Systems. Its current price is much lower than its original opening price. It will probably impact other companies’ ability to go public. If the first IPOs to come out in the space don’t go well, it will be a sign that other companies need to be more conservative and careful.

Large-scale government funding being poured into cleantech in the form of grants and loans will probably slow down — especially for large companies like Tesla Motors, BrightSource Energy (the solar thermal development company, and Better Place. I think that’s an accurate statement, and that’s not where Claremont Creek has been playing.

We have always been interested in the capital-efficient models where a relatively small amount is needed, maybe between $20 million and $50 million, in total before a liquidity event. And I think that’s a prudent place to play in cleantech right now.

That said, I think the government will continue to put more money into smaller funding programs, like ARPA-E. While sinking immense dollars into single projects will probably go away, I think the government is an investment part that’s here to stay for the near future. I certainly don’t think that this administration has lost any of its dedication to the green revolution.

There is a lot of talk in Washington about how to restructure all the loan guarantee and grant funding programs for energy — something like a Green Bank, or a loan authority that has an independent existence and new structure. There are a lot of people who think it’s a good idea. And if I were a better man, I would say that Energy Secretary Steven Chu is one of them.