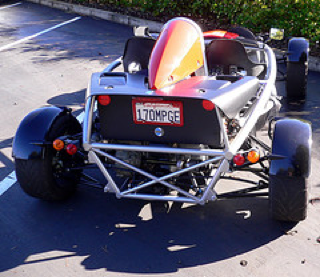 US Venture capital investments into clean technology companies plunged by 63 percent in the first quarter, mirroring the drop of investments in other sectors.

However, venture capitalists did boost their investments into one specific clean-tech area: energy storage. Auto makers, in particular, are looking for more efficient batteries for electric cars, and so VCs are backing companies building new battery technologies. VCs plowed $114 million into energy storage companies during the first quarter, more than double the $50 million they invested into the sector a year ago, according to a survey just released by accounting firm Ernst & Young and Dow Jones. VCs invested $69 million into companies specifically building battery technologies. The rest of the $114 million went into other types of energy storage companies.

Here are the core stats:

More from the press release after the jump:

Additionally, there were 18 US M&A transactions that raised $1 billion, which included San Antonio-based, Valero Energy’s acquisition of three biofuel entities for a total of $477 million, according to J.S. Herold.

Corporate commitments to cleantech continued to be announced through a challenging quarter. For example, Google and Google.org announced a prototype software of Google PowerMeter, a consumer home smart grid application that is targeted for completion by the end of 2009. Royal Dutch Shell Plc announced plans to increase its stake in biofuel company Codexis, based in Redwood City, CA. AT&T Inc. committed to investing $565 million over 10 years on alternative-fuel vehicles for its corporate fleet. Similarly, Coca-Cola Enterprises pledged to deploy 185 hybrid electric trucks across North Americas in 2009, bringing its total number of hybrid electric delivery trucks to 327.

Government funding has begun to enter the market as a Department of Energy grant was recently rewarded to Fremont, California-based Solyndra Inc., a cylindrical photovoltaic systems manufacturer that plans to use the $535 million loan to expand its solar panel manufacturing capacity in California. More substantial funding is coming with the US American Reinvestment and Recovery Act (ARRA), which contains over $100 billion of dollars in direct spending, loan guarantees and incentives to promote the development of cleantech in energy, water and environment.